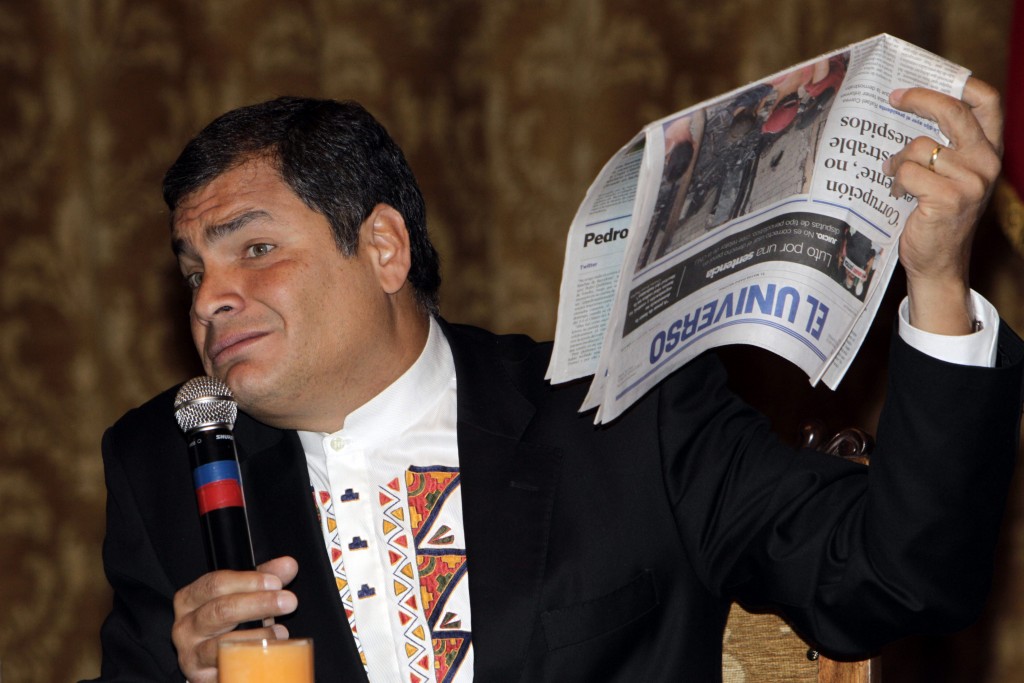 Many people know Ecuador as the home of calm and picturesque sights, from the Galapagos Islands and lush Amazonian rain forest to soaring Andean peaks.

But the media environment in Ecuador is not so serene. President Rafael Correa, now in his third term of office, regularly files lawsuits against journalists and even cartoonists who mock his government. In his weekly television address, Correa often spends time singling out his critics on social media and is known to tear up copies of newspapers he dislikes. In addition, a communications law passed in 2013 has given the government greater legal powers to fine and censure its critics in the press. Will the situation get worse?