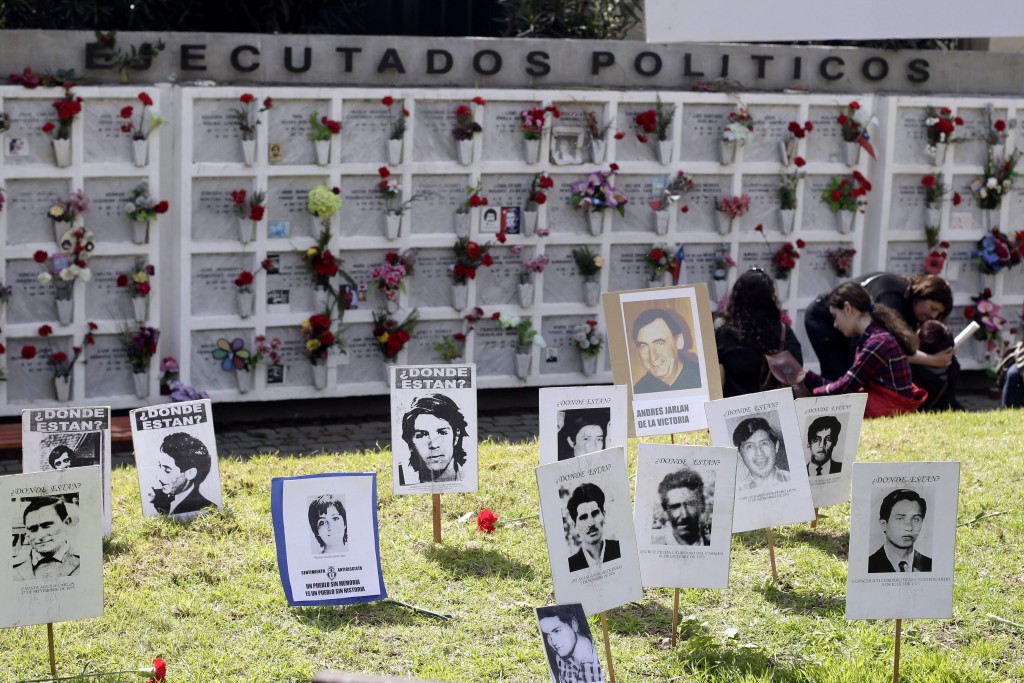 Images left by relatives of victims of Chile's dictatorship left at a memorial to those disappeared and detained, Sept. 7, 2014. (EPA/Sebastian Silva)

A court in Chile has sentenced two former military officials for their role in the highly-publicized murders of a U.S. journalist and student in 1973.

Charles Horman, 31, a journalist and filmmaker, and Frank Teruggi, 24, a student and anti-war activist, were killed during a series of kidnappings and political murders by the Chilean military in the days that followed a U.S.-backed military coup that overthrew the democratically-elected socialist president, Salvador Allende. He was succeeded by Gen. Augusto Pinochet, who ruled the South American nation until 1990.

Former Chilean army colonel Pedro Espinoza was sentenced to seven years in prison for his role in the deaths, and former Air Force intelligence officer Rafael González was sentenced to two years as an accomplice in Horman's murder. The sentencing took place Jan. 9 but was not released publicly until Jan. 28, according to the New York Times. The families of the two men were also awarded $325,000.

Horman's death was the subject of the 1982 film "Missing," which was nominated for an Academy Award for Best Picture. At the time of his death, he and his wife Joyce had been living in Chile where he was researching political murders, according to Fox News Latino. After their capture, Horman and Teruggi were both imprisoned in Santiago's National Stadium, where they were reportedly tortured and killed.

In July, a court ruled that a former U.S. military intelligence official in Chile had played a key role in both murders by collecting information on them and passing it on to the Chilean military. Ray Davis, a former U.S. naval intelligence officer, was found to have passed information about the two men to a Chilean military counterpart. The effort was part of a secret U.S. effort to spy on Americans who were engaged in potentially subversive activity in Chile at the time, according to the Times.

Davis died in a nursing home in Chile in 2013. About 3,200 people were killed or disappeared during Pinochet's dictatorship and over 40,000 were imprisoned.