From Brussels with love: Putin's friends in the EU 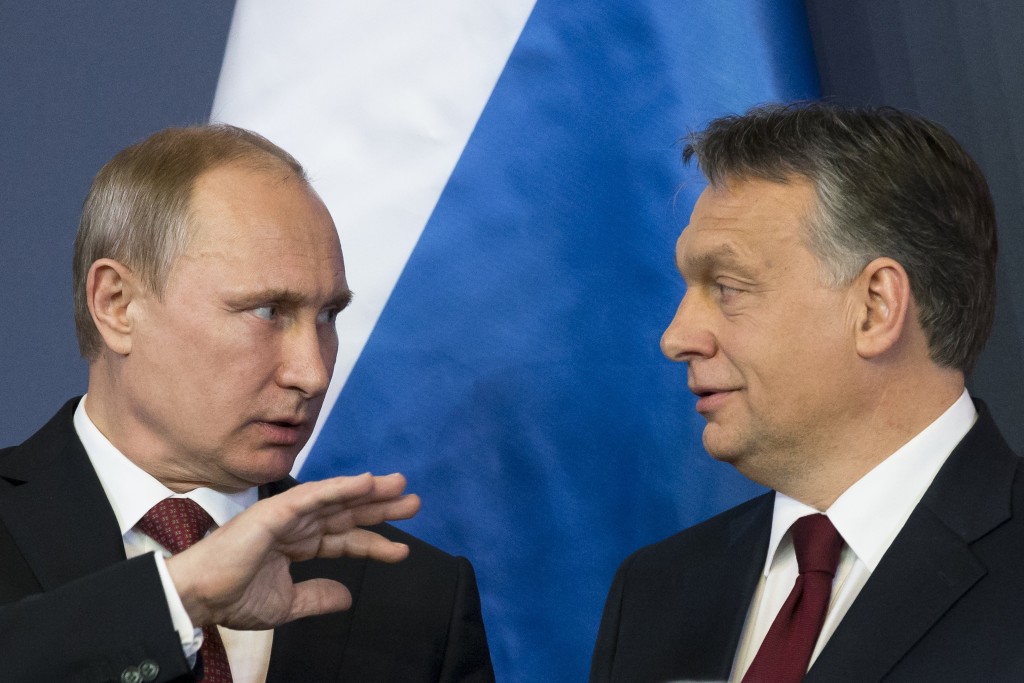 From Greece to the U.K., Russia finds potential sympathizers

The conflict in the Ukraine has heightened tensions between Russia and the European Union. Since Moscow annexed Ukraine's Crimean peninsula in March, the EU and U.S. have leveled a series of economic sanctions on Moscow, targeting individuals involved in the conflict as well as Russia's banking and energy sectors. Most recently, all 28 EU countries voted unanimously in January to expand the list of individuals sanctioned and extend the current economic and travel restrictions for an additional six months. Yet Russia isn't without allies in Europe. Far-left and far-right parties in a number of countries have opposed sanctions and expressed sympathy for Russia. For either ideological or economic reasons, some political leaders in Europe see more benefit in taking a friendlier approach with Russian President Vladimir Putin. Putin, for his part, has cultivated these allies in an effort to split Europe's united front against the advances of pro-Russian forces in Ukraine. Below are a few of those that have cultivated ties to the Russian leader:

France's far-right National Front may be best known for its EU skepticism and opposition to Muslim immigration in France.

But it's also taken a controversial stance on Russia's advances in Ukraine. In September 2014, Le Pen said the Ukraine crisis was "all the European Union's fault" for attempting to negotiate an economic association agreement with Ukraine, the failure of which led to the mass protests that ousted former president Viktor Yanukovych. She's also expressed admiration for Putin's nationalist economic model, which she views as an improvement to what she views as EU economic policies imposed by the United States. The National Front, which won the most French seats in the European parliament in May elections, has also benefited economically from Le Pen's views. In November, Le Pen confirmed that the party had borrowed 9 million euros from a Russian lender.

Putin also has a receptive ear in former French president Nicolas Sarkozy. On Feb. 7, the leader of the center-right UMP party said that "Crimea could not be blamed for joining Russia" and argued that Europe and the United States have different interests when it comes to Russia.

Right-wing Prime Minister Viktor Orban welcomed Putin to Budapest this month even as the EU approved greater sanctions on Russia.

Orban accused fellow European leaders of trying isolate Moscow amid the Ukraine conflict and has argued that Hungary's economy can't be competitive without economic ties to Moscow. He's also expressed support for a Russian proposal to build a gas pipeline through Turkey after the EU canceled an earlier Russian effort to build a pipeline through southeastern Europe. Shortly after Orban won a third term in office in July, he expressed support for building an "illiberal state" in Hungary and said the financial crisis of 2008 showed the weaknesses of liberal democracies. In the same speech, Orban expressed admiration for authoritarian, state capitalist models like those in Russia and China.

After Tsipras and his far-left Syriza party swept to power in elections last month, the Greek prime minister made no secret of his intention to form closer links between his heavily-indebted nation and Russia. Though Tsipras publicly opposed the EU's most recent sanctions in January, he eventually voted in favor of the package under pressure from other European leaders. Tsipras's foreign minister, Nikos Kotzias, visited Russia during his first foreign visit in February and Putin has invited Tsipras to visit Moscow in May. The two leaders have agreed to boost their bilateral relationship and Tsipras has expressed support for Russia's most recent pipeline proposal to carry gas to Europe through Turkey and Greece.

The leader of Spain's far-left, anti-austerity party, Podemos, has accused the EU of "double standards" in its positions towards Russia's involvement in Ukraine and Israel's blockade of Gaza. Iglesias has also accused EU leaders of taking their foreign policy cues from NATO--an implication that the United States is controlling their policies. With polling showing Podemos, or 'We Can,' as one of the two most popular parties in a nation with 5 million people unemployed, Iglesias has a chance to follow the political success of his Greek ally Tsipras in Spanish elections later this year. Spain's Popular Party and Socialist Workers' Party, the country's two traditional political powers, have questioned Podemos over financial connections with two countries with close ties to Russia: Venezuela and Iran.

The leader of the U.K.'s Euro-skeptic and anti-immigrant far-right party has argued that the West should stop opposing Russian policy in Ukraine and instead form an alliance with Putin to fight ISIL, or the Islamic State, in the Middle East. Farage has also blamed EU expansionism for igniting the conflict in Ukraine and said in March that he admires Putin the most of all world leaders "as an operator" if not as a human being. With the largest contingent of British seats in the European parliament and opinion polls showing him to be the second-most popular leader in the U.K. after Prime Minister David Cameron, Farage's views are increasingly influential. A rising star of Italian politics, the head of Italy's Euro-skeptic, anti-immigration Northern League donned a t-shirt in September reading "No sanzioni alla Russia," or No Sanctions on Russia. Salvini has made several trips to Russia since European elections in May and has said that his federalist party is fighting against the "centralism of Rome and of Brussels." Salvini has also forged an alliance with France's Le Pen and shares Farage's view that Europe should be focusing its foreign efforts on ISIL instead of Russia. Salvini enjoys a 35 percent approval rating in Italy, second only to Prime Minister Matteo Renzi. Support for his party has more than doubled to 13 percent in recent months, making it the most popular on Italy's fragmented right. Along with the center-right Forza Italia party of former prime minister Silvio Berlusconi, a longtime friend of Putin, Russia retains significant support from Italy's opposition.