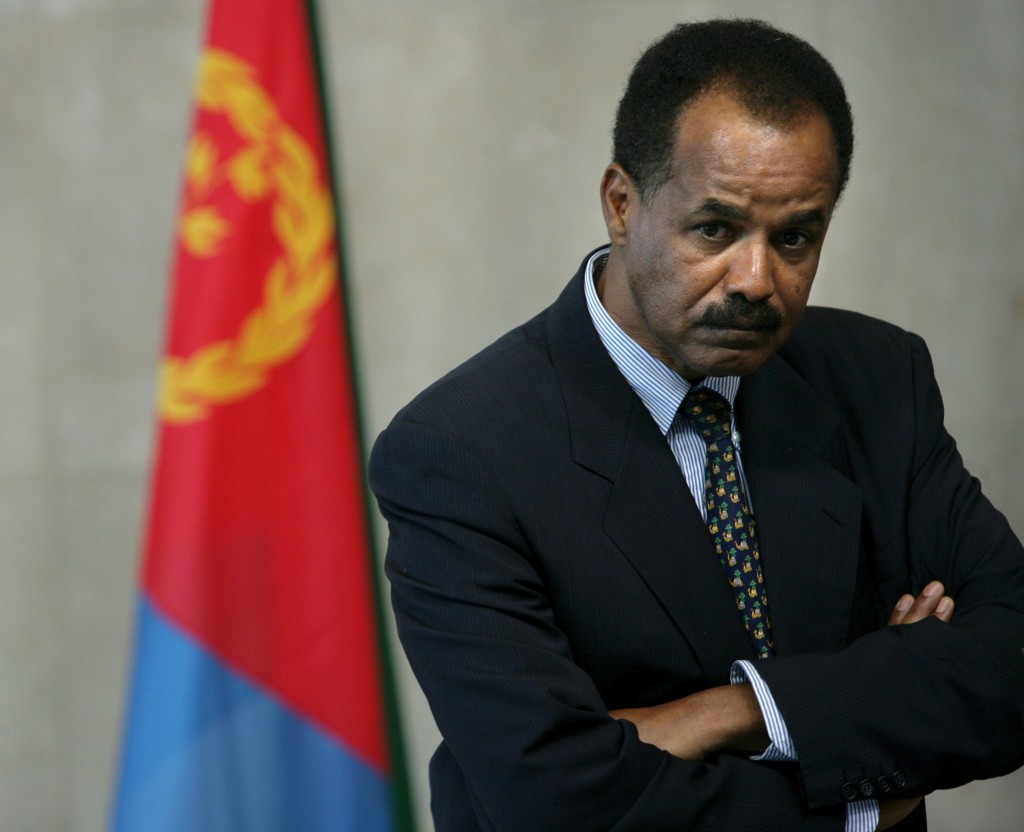 Eritrean President Isaias Afewerki led his rebels into Asmara in 1991 and has remained in power ever since. (EPA/Olivier Hoslet)

Basilos Zemo, Bereket Misguina, Ghirmai Abraham, Meles Nguse, Petros Teferi, and Yirgalem Fesseha were among the staff of a government-run educational radio station who were imprisoned in a raid in February 2009. There release was reported Jan. 22 by Reporters Without Borders and Jan. 23 by the Committee to Protect Journalists, which cited Eritrean journalists in exile.

Nearly 50 staff people for Radio Bana were jailed with no explanation that year. They may have been jailed initially for either providing technical assistance to an opposition radio station for attending a meeting in which a Radio Bana journalist spoke against the government, CPJ said. Another eight of those detained were released in March 2013.

The East African nation of 6 million was Africa's top jailer of journalists in 2014, according to CPJ research. Another 17 Eritrean journalists remain in prison, according to the New York-based press group. The country ranks last on Reporters Without Borders 2014 World Press Freedom Index, which measures the media climate in 180 countries.

President Isaias Afewerki has jailed at least 10,000 political prisoners since taking power in 1993 when the country gained independence from Ethiopia, according to Amnesty International. Political prisoners are not formally charged with a crime or granted access to a lawyer in Eritrea, it said.