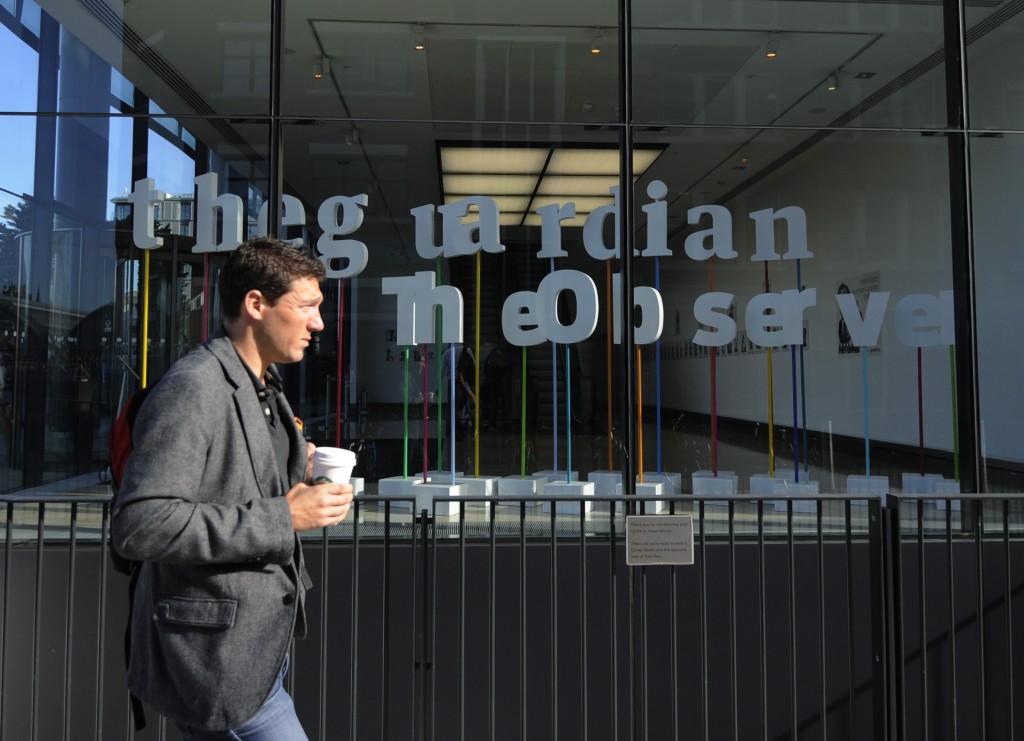 If there is one newspaper has successfully managed the transition to a global digital publication, it's the Guardian. The 193-year-old British outlet grew from a small weekly publication based in Manchester to a truly international brand, recognizable and respected all over the world.

The key to its success: fearlessly pursuing public service journalism of interest to a global audience. In April the Guardian and the Washington Post were awarded the Pulitzer Prize for public service for exposing the National Security Agency’s mass surveillance programs using documents leaked by Edward Snowden.

More recently, the University of Missouri's School of Journalism awarded the Guardian a Missouri Honor Medal “in recognition of its enterprise, innovation and creativity in informing the world about the world.” James Ball, special projects editor for the Guardian U.S., came to the school's campus to accept the award.

“The journalist-source relationship is absolutely under threat,” said Ball, during a guest lecture at the school Oct. 28. Ball, a former Wikileaks employee who worked closely with the anti-secrecy group in releasing classified State Department cables, has notable experience working with vulnerable sources.

Following a brief introduction to his vision of journalism, Ball reached the core subject of his talk—privacy and surveillance. Both are areas of interest among news media and the public today, particularly in light of the exposure of the NSA surveillance programs.

To produce quality investigative work, journalists have to be prepared to evade or defeat digital surveillance, Ball said. Journalists must become more familiar with basic protective measures, like using encrypted communications such as PGP emails, to protect their sources and their work, Ball said. It “should be as easy to use encrypted emails as sending Whatsapp messages” he added.

Huge stories like those surrounding the leaked NSA files are unexpected, which means journalists have to be ready to cope with these kinds of stories on any given day, Ball said. Their level of preparedness can affect how sources may choose to engage with them, he said. He recalled how Edward Snowden contacted journalist Laura Poitras after deeming former Guardian reporter Glenn Greenwald an unsafe contact due to his use of non-encrypted emails.

At the end of the day, such big stories can only be achieved through bulletproof protection of sources. Ball quoted the astronomer Carl Sagan to explain why: “Extraordinary claims require extraordinary proofs.”