Disappearing languages get lifeline from technology 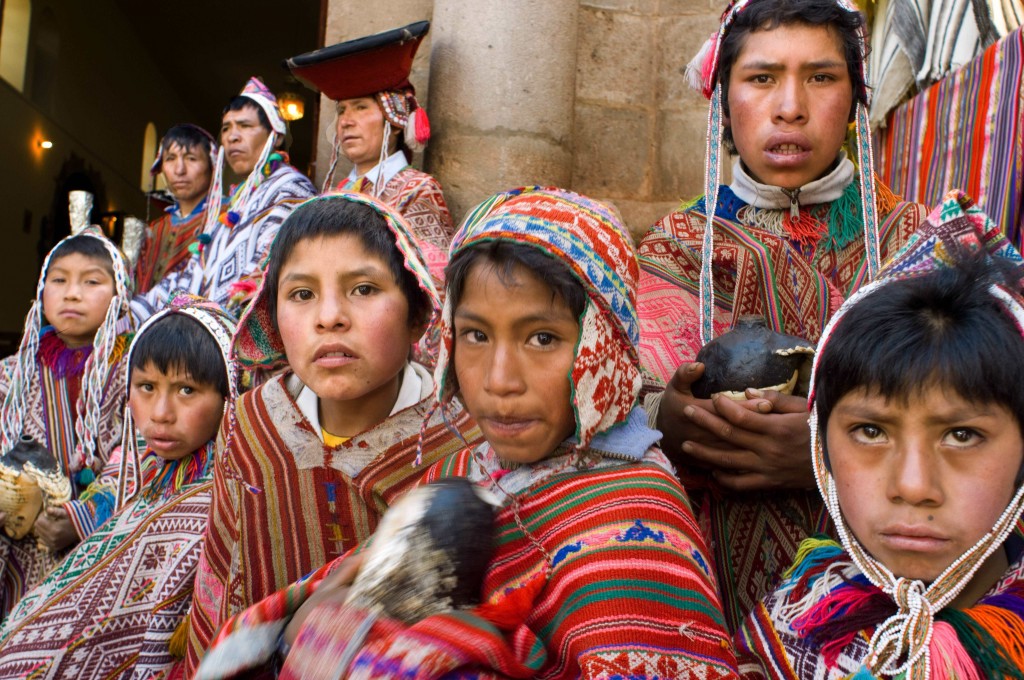 Mountain people in traditional costume in the town of Pisac, a Quechua-speaking area of Peru about 35 km from Cuzco. (Sergi Reboredo/picture-alliance/dpa/AP Images)

Once seen as a threat, the Internet is now an aid for endangered tongues

The spread of the Internet has accelerated the global use of English. And the march of English has come as UNESCO forecasts that half of the more than 6,000 languages currently spoken in the world are likely to disappear by the end of this century, a decline fueled by globalization, migration and the spread of mass media.

Take the Breton language of Brittany in northwestern France. With just 200,000 people who can speak it, it is considered “seriously endangered” by UNESCO. Its struggles mirror that of many minority languages around the world. A Celtic tongue closer to Cornish and Welsh than French, it was brought to Brittany from Great Britain about 1,500 years ago. It began to decline after the French revolution enshrined French as the national language, but it has faired particularly poorly over the last 60 years. That comes despite the development of bilingual schools in Brittany since the 1980s. Today, almost everyone 85 and older in Brittany can speak the language, but fewer than 20 percent of 18-year-olds can.

Yet the Internet, often seen as a force for the Americanization of global culture, may be a tool to save endangered languages like Breton. “The Internet, computers and cellphones now play an important role in everybody’s life,” says Fulup Jakez, director of France’s Public Office for the Breton Language. “Consequently languages that hope to stay alive in the modern world must be online.” People demonstrate for the reunification of the Loire Atlantique department of France with the region of Brittany in the city of Nantes, Sept. 27, 2014. (Sipa via AP Images)

In 2004, a group of Breton speakers started to translate Wikipedia into their language. “If we had planned to publish a print encyclopedia, the publishing costs would have been prohibitive,” says Jakez. “With Wikipedia, we did it for free.”

Last year Breton speakers obtained the web extension .bzh for Breton-language web pages. In October, it became the 121st language supported by Facebook, a move that came after the creation of a Facebook group in 2011 that attracted 15,000 supporters of the language.

“You will rarely hear people speaking in Breton language on the street, even in Bretagne… since there is always somebody around us who does not speak Breton language, we speak in French in order not to marginalize the person, so it’s difficult to maintain our language,” says Jakez. “But Facebook e brezhoneg connects Breton speakers and helps them interact in a community.”

Building a community of speakers is also the goal of Viki. The web platform streams television shows and movies from around the world, which are subtitled by volunteer users into 200 languages, including threatened tongues like Cherokee, Quechua and Aragonese. For instance, viewers can watch the South Korean television show “Birth of a Beauty” with subtitles in Abkhazian, Hmong or Catalan. “The overall mission of Viki is to bridge the digital divide for providing entertainment no matter what sort of language you speak,” says Michelle Laird, a spokeswoman for Viki.

Companies like Google Inc., Mozilla Corp. and Microsoft Corp. also want to reach new audiences in developing countries, and they are working to make their products usable in minority languages. The desktop version of Mozilla’s Firefox web browser is available in 88 languages, including 12 on UNESCO’s list of endangered languages, says Jeffrey Beatty, an engineer with one of the company’s 240 localization teams. Another 30 language editions are in the pipeline.

“If the language isn’t part of technology, then it’s importance will cease to be seen and it probably won’t survive,” says Te Taka Keegan, a Maori language activist from New Zealand. Learning endangered languages is made easier by the creation of talking dictionaries. A linguistic anthropologist and sound artist, Anna Luisa Daigneault Oregon-based Living Tongues Institute for Endangered Languages helped creating dictionaries in 21 dialects of Mayan in Guatemala. This project was well-received by local people because they were actively involved in it.

Mozilla’s localization team for Mexico’s Zapotec language struggled to translate the term “window.” “The concept of a ‘window’ was foreign to their culture,” says Beatty. Instead the team substituted the word for ‘eye,’ which evokes the same image of transparency.

Despite successes, those seeking to protect endangered languages see technology as a tool rather than a savior.

“What can save the language is use,” says Keegan, the Maori activist. “Use has to happen all of the time, in all of the places.”