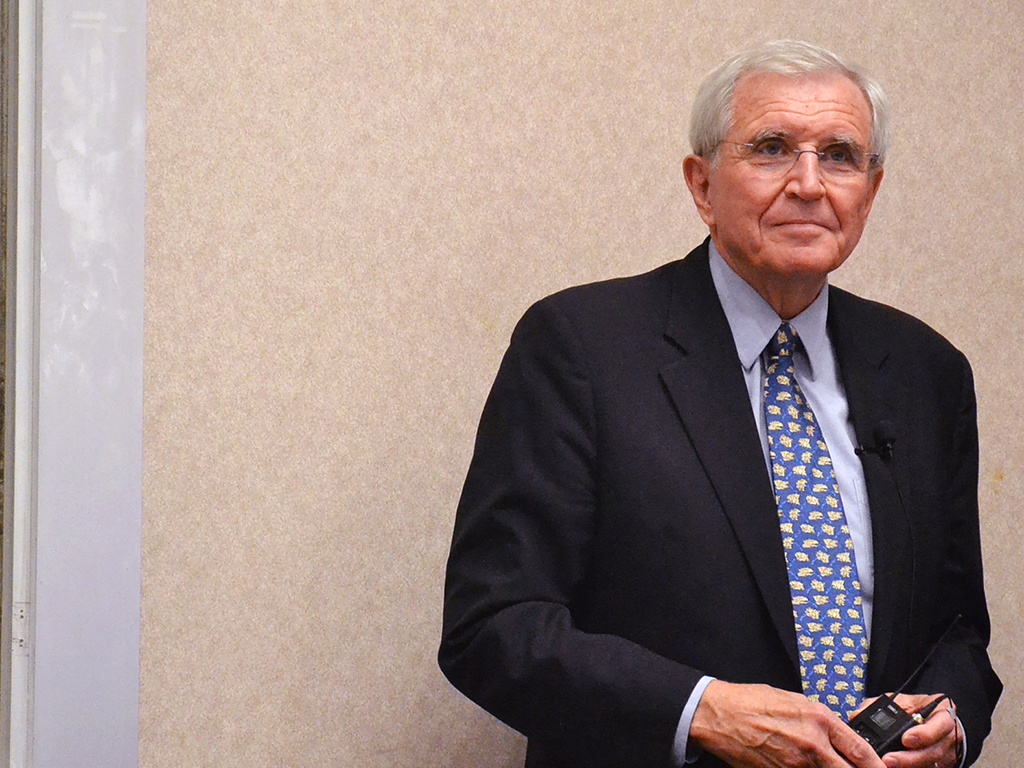 The digital age has brought new ethical challenges for news organizations. Among the most insidious is the growth of so-called “sponsored content,” whereby publishers allow advertisers to run articles alongside editorial content – often with little notice to readers.

So said Barney Calame, a former deputy managing editor at the Wall Street Journal and former New York Times ombudsman, in a presentation at the University of Missouri School of Journalism Oct. 28.

“Journalism should inform readers, not fool them, and clearly label ads as such,” Calame said.

Calame, a 1961 Missouri alumnus, was one of seven recipients of the journalism school’s Missouri Honor Medal for distinguished service to journalism. Calame spent 39 years at the Journal, retiring in 2004. While there, he won respect for his emphasis on editorial independence and integrity while helping lead coverage of critical news events including the Sept. 11, 2001 terrorist attacks. He was honored for his “career-long dedication to safeguarding and strengthening the ethics of journalism.”

Calame moved to the New York Times in 2006, where he worked as the ombudsman, or public editor. In that role he criticized the newspaper’s reporting of the Bush administration’s claims about the existence of weapons of mass destruction in Iraq and its decision to wait for a year before publishing its groundbreaking story on warrantless surveillance by the National Security Agency.

He advised journalists to give more thought as to what makes a newspaper honest and accountable to readers rather than settle for the goal of being “transparent.”

“Impartial, open-minded, and fair-minded have evolved as my words of choice,” Calame said.

Yet it was the melding of advertising and editorial content on by news sites on the Internet that drew much of Calame’s fire. Organizations lose credibility when they don’t make the distinction clear, he said. The Times, the Washington Post, the Journal and Huffington Post have all allowed some form of ‘native advertising.’ Calame singled out Forbes, once a renowned business magazine, for its aggressive approach in allowing companies to pay to put their own articles on the Forbes’ site next to editorial content.

“I hesitate three beats before clicking a Forbes link, and that’s the devaluation of a brand,” he said. ”The solution for sponsored content? Remove the ‘sponsored by’ and put the word ‘advertisement’ in.”

He concluded with a warning for aspiring journalists to keep their guard up and focus on being honest with their readers.

“We’re basically around to be used,” Calame said.