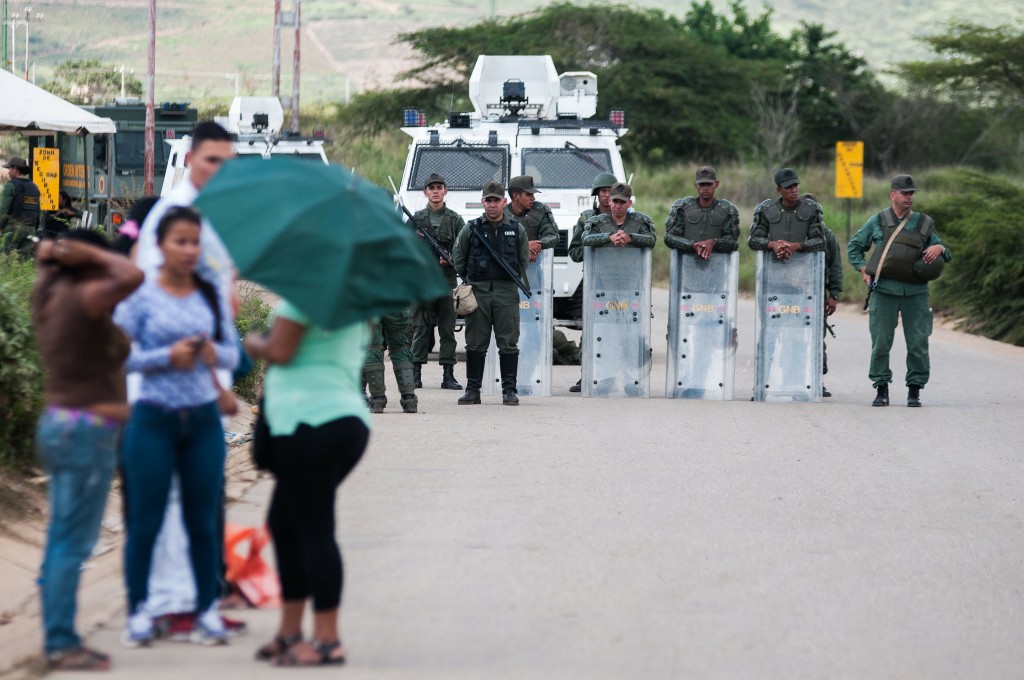 Members of Venezuela's Bolivarian National Guard threatened to kill two photojournalists and a cameraman as they covered demonstrations at a prison where inmates had gone on a hunger strike to protest conditions.

The demonstration took place Nov. 24 at the David Viloria prison outside of the city of Barquisimeto, about 230 miles west of Caracas. After family members of the striking inmates began throwing rocks at security forces, guards fired tear gas at the crowd, according to La Prensa Lara, a Venezuelan newspaper.

During the violence, photographers from local the newspapers Diaro De Lara La Prensa [The Daily Lara Press] and Diario El Impulso [The Daily Pulse Journal] and a cameraman from Promar Television were threatened by members of the national guard as they documented the conflict, according to Reporters Without Borders.

Edickson Durán of Barquisimeto-based newspaper El Impulso was told by one officer that he would be killed if he published his photos. "If tomorrow there is a photo in El Impulso, I myself will command you to heaven because I have your data and I can locate you," Dúran said he was told by lieutenant in the National Guard. He "smiled mockingly and removed me from the site," Dúran said in an interview with Global Journalist. One guardsman told Palencia he would “end up in ditch” if he published his photographs, he later told Paris-based Reporters Without Borders.

All three reporters are safe, but tensions at the prison have continued. At least 35 inmates are dead after they reportedly stormed the infirmary on Nov. 24 , according to the Associated Press.The government has said the prisoners overdosed on prescription medications from the infirmary. Venezuela's prisons are reported to be overcrowded, unsanitary and violent.

Venezuela's national guard has a history of aggression towards journalists. The guard is responsible for 62 percent of the 205 documented threats against journalists during the first six months of 2014, according to Venezuela's National Union of Press Workers.