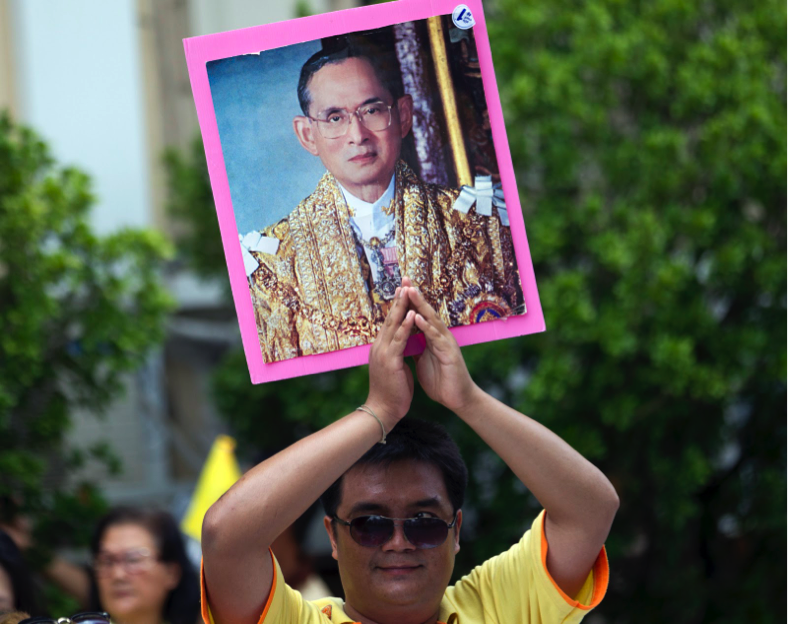 The editor of a Thai news blog has been sentenced to four and a half years in prison for “defaming” the monarchy.

On Nov. 24 a military court in Bangkok sentenced Nut Rungwong, editor of the news blog Thai E-News, for publishing a 2009 article critical of King Bhumibol Aduluadej, local media reported. The article was written by Ji Ungpakorn, a former Chulangkorn University political scientist living in exile in the United Kingdom.

Rungwog was arrested during a police raid on his apartment in May. The court found him guilty under Article 112 of Thailand’s Criminal Code, which is designed to shield the Thai monarchy from criticism and provides for prison sentences of up to fifteen years, according to The Guardian. Rungwong's sentence was halved from nine years after he plead guilty, the London-based newspaper said.

"The verdict didn't surprise me. Personally, I think everything will change. I'm not allowed to talk but ... We shall overcome," he said in an interview with Thai news website, Prachatai.

Thai E-News aggregates political news from various sources. The website is popular among anti-establishment Internet users. The aggregator is now officially blocked inside Thailand by the country’s Office of Information and Communication Technology, but has continued to publish.

Rungwog was the second journalist sentenced to prison for defamation this month.  The host of a political talk show was sentenced Nov. 18 to five years in prison for defaming the king. The increase in defamation convictions is evidence of severe deterioration of press freedom in Thailand, according to the Committee to Protect Journalists. A military junta seized power from a democratically-elected government in the Southeast Asian nation in May after months of political turmoil.