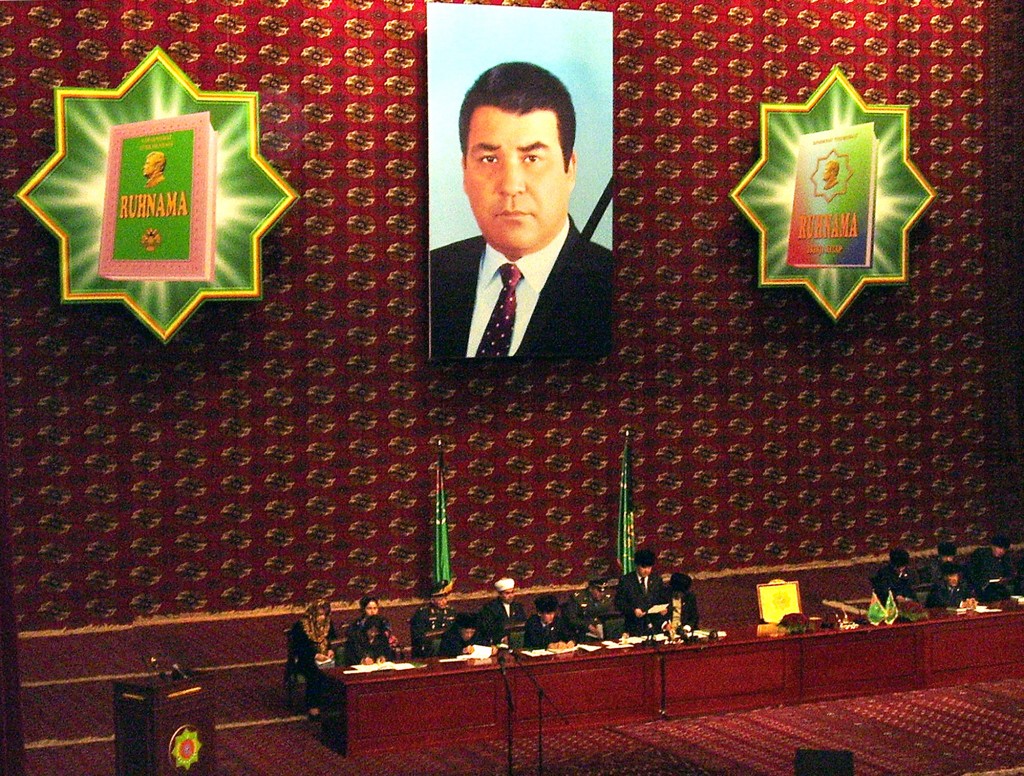 Independent media in the Central Asian state struggles with repression and censorship.

Anna Fergana hasn’t told her family she is a reporter. It’s a dangerous job, and they would try to talk her out of it. She doesn’t ask sources to go on the record, and the aspiring photojournalist never takes pictures while on assignment. The Internet is tightly controlled, so she can only publish stories on her blog or send them to editors when she’s abroad.

“Every time I return home, and I’m not sure when I will leave again, I feel like giving up,” Fergana writes in an e-mail to Global Journalist.

The 26-year-old journalist, who uses a pseudonym, is from the central Asian nation of Turkmenistan. Nestled between the Caspian Sea and Afghanistan, this Muslim country is known for its carpets, bizarre dictators and Soviet past.

Daring tourists often regard it as a final frontier. Tourist visas are difficult to obtain and travel within the country requires a state-provided tour guide.

For journalists, Turkmenistan is a virtual black hole. Though the constitution of the country of 5.2 million guarantees freedom of expression, in practice it is among the most repressive media environments in the world. Reporters Without Borders, a press freedom group, ranks Turkmenistan 178th out of 180 countries on its annual press freedom index. Only North Korea and Eritrea score lower.

International news about Turkmenistan often covers the country’s massive natural gas reserves — which are estimated to be the sixth-largest in the world. Other topics focus on the personality cult of former leader Saparmurat Niyazov, known for renaming months of the year after himself and his mother, and current President Gurbanguly Berdymuhamedov. There is also occasional coverage of a gas crater that has been burning in the country’s largest desert since 1971.

Domestically, Berdymuhamedov’s photo runs on the front page of national and regional dailies every day. Government workers are often required to subscribe to the state-run papers, but the population widely considers state-runs news propaganda.

“Being a journalist [for state news outlets] is an ordinary thing, because people don’t expect others to write about anything important,” Fergana says. “People also know that [critical journalism] is challenging.” One of the few sources of alternative news is the U.S.-funded Radio Free Europe/Radio Liberty. Its Turkmen language affiliate is called Azatlyk [Liberty] and currently employs 10 freelance journalists and stringers, giving it the largest cadre of reporters in the country outside of state news, according to Muhammad Tahir, RFE/RL’s director of Turkmen programming.

Azatlyk's programs include a youth-focused radio show, slideshows of everyday life and coverage of local corruption. Azatlyk recently began an initiative that focuses on “real issues of real people” and Tahir says the response has been “huge.” Website traffic increased 1,000 percent in the last three years, he says. That growth comes even though the government blocks access to the site, forcing people to use proxy servers to access it.

The impact of Azatlyk’s reporting is felt on the ground. One report about a highway project that would have displaced a small village in the northern province of Lebap influenced the government to scrap the plans and by-pass the town. That hasn't made the government grateful for the coverage. Reporters for Azatlyk use pseudonyms and some keep more than one SIM card, allowing them to quickly change their mobile phone number. But it’s impossible to maintain a low profile. Harassment is unavoidable.

Tahir says his reporters are followed wherever they go and often “invited” to speak with security officials after they publish anything critical. Only one reporter has ever been able to leave the country, and the rest remain on a list of those banned for travel. The government refuses to accredit any of them as working journalists, leaving them open to prosecution at any time. Tragedy came in 2006 when Ogulsapar Muradova, a 58-year-old RFE/RL reporter, was imprisoned on trumped up charges and later tortured and killed. The government claimed she died of natural causes, but her family reported that she had a severe head wound when her body was returned to them.

There have been other incidents. In 2008, reporter Sazak Durdymuradov was beaten and tortured with electroshock treatments after he refused to sign a pledge never to work for RFE/RL again. He was then forcibly held in a psychiatric hospital for two weeks. Last year, another reporter was imprisoned for more than two weeks without explanation at an Interior Ministry facility in the north of the country.

Over time, Azatlyk’s journalists have learned that some things cannot be covered, Tahir says. His reporters don’t go to official government events because it would be too much exposure. They also cannot cover the military, politics, religious or ethnic issues. It would be too risky and too difficult to get the requisite two independent sources.

Justin Burke, the managing editor of EurasiaNet.org, a New York-based niche outlet that focuses on Central Asia, the Caucasus and Russia, has covered the region for nearly three decades. He says he’s suspicious of any Turkmen source willing to go on the record for his media outlet.

Burke says he takes extreme caution during every step of the reporting process. He calls his sources, bloggers and content-providers “friends” and doesn’t divulge the details of their whereabouts. “I don’t want to give away too much about our communication style, but we have found creative ways to maintain touch,” he says in an interview with Global Journalist.

Since his site reports in English and Russian and targets policymakers, aid groups and academics, Burke estimates the site has only a handful of readers inside the country. Still, the site has broken two stories of note that highlight the government’s lack of transparency.

One came in 2011 when a munitions factory exploded just outside the capital city Ashgabat and killed as many as 1,300 people. Initial government news reports claimed the blasts were caused by overheated fireworks and said no one had been killed in the explosions. But news that disputed the government’s version spread through social media and word of mouth. Officials spent days actively preventing people from photographing the fallout, even as bodies were buried in mass graves and unexploded ordnance lay littered on the ground.

The government again attempted to block news in 2013 when President Berdymuhamedov was thrown from his horse during a race, and government officials spent hours deleting videos from spectators’ phones. The president’s fall was never reported in state media, but took just a day to reach Eurasianet.

As an editor, Burke says he finds event coverage such as the president’s fall and the munitions explosion relatively easy to cover.

Features, especially on the state of health care or education, are essentially beyond reach. “It would be impossible to keep a low profile and report on that,” he says. The face-to-face reporting and sourcing necessary would be “impossible,” he adds.

The repressive climate has permeated the country’s culture. “I think Turkmen don’t like to talk about our country in general, so not much is happening in journalism,” says Fergana, the blogger, in an e-mail exchange.

However, she says she believes in the importance of information exchange. Despite her limited training — she has only attended a summer course in journalism at a state university — she perseveres and has taught herself how to practice journalism in one of the world’s most censored countries, saying that she verifies information through personal connections and firsthand accounts.

She covers human trafficking, border control, conflict and minority issues because she thinks those are the topics that “make up real life and are highlights of social development,” Fergana says.

Robin Forestier-Walker, a British freelance reporter based in nearby Kazakhstan who has covered Turkmenistan, agrees that the country’s people have become passive about press freedom in the face of relentless censorship and intimidation. Turkmen are not aware of the human rights abuses in their own country, he says. They need to learn about their limited freedoms, their poor access to education and information. More outside awareness about the country might also help.

“The world needs to learn more about this amazing country, its geo-political significance as a strategic gas provider to China and beyond, but also the culture, the history," he says via e-mail. "And of course the authoritarianism."