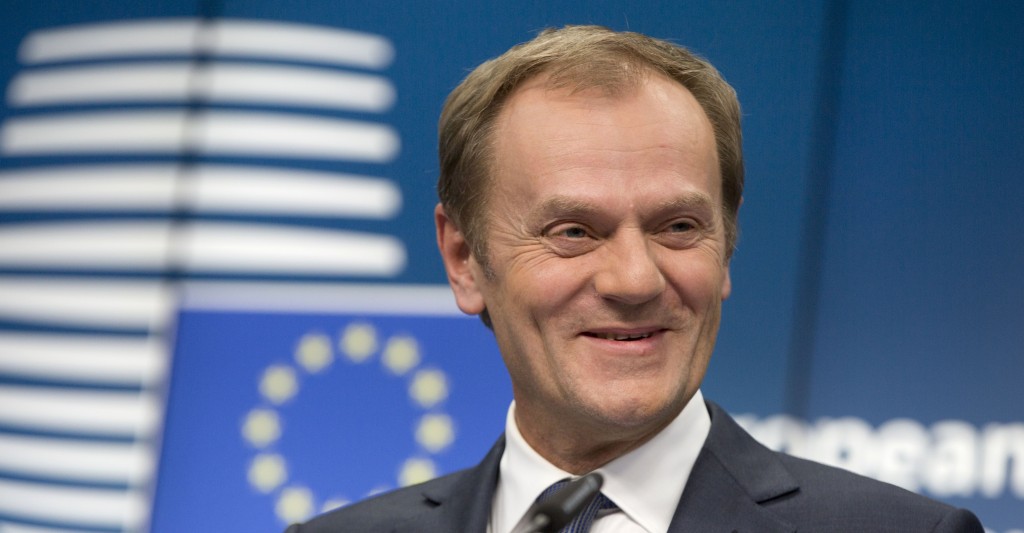 A bit of a fresh air could be felt in Brussels one recent work day when the most important man in the European Union was seen eating a casual lunch in staff cafeteria. Donald Tusk, the new President of the European Council, took office Dec. 1 and will preside over the group of national leaders from the EU’s 28 member states. It’s hoped that Tusk can bring more than informality to the Belgian capital–but also the leadership the EU desperately needs.

The former Polish prime minister recognizes the threats to the Union. Europe faces “difficult times,” he said during the handover ceremony. With the Russia-Ukrainian crisis, Islamic radicalism and the United Kingdom threatening to leave the EU, the continental union faces different challenges than it did five years ago when his predecessor, Herman Van Rompuy, took office amidst the Great Recession. Will Tusk rise to the challenge?

“It depends on how he’s going to interpret his role,” says Dominika Cosic, Brussels’ correspondent for Polish daily Dziennik Gazeta Prawna. “The president of the European Council is the highest position in the EU, but he must work closely with the members of his cabinet and negotiate with heads of the member states. It will be hard for him to firmly represent his opinion, but it is very likely that he will emphasize other issues than Van Rompuy did.”

Tusk is only the second President of the European Council, the post created in the Treaty of Lisbon in 2009. The president is supposed to drive forward the work of the Council and facilitate consensus among the leaders of 28 member states. The task of shaping the office fell to his predecessor, Van Rompuy, a former Belgian prime minister respected for his discreet, backroom diplomacy and known as an experienced negotiator – an asset Tusk lacks.

In Belgium, a country divided between French and Flemish speakers, “being a prime minister requires reaching for compromise,” says Cosic. “That’s why Van Rompuy could find a consensus between different standpoints of the member states. “Tusk is not used to negotiation. In Poland, he elbowed his way up, sometimes ruthlessly.”

Still, Tusk is expected to cut a larger figure on the world stage than Van Rompuy.

“Van Rompuy comes from a small, politically insignificant western European country, whereas Tusk - from a country that is used to being almost at the center of world history,” says Toby Vogel, an American journalist based in Brussels who has written for publications including European Voice and the Wall Street Journal. “He survived, not even survived, but thrived in the snake pit of the Polish domestic politics and stayed on top for seven years. I think that betrays some pretty impressive political skills.”

Tusk was Poland’s prime minister from 2007 to 2014, the longest tenure in its post-Cold War history. For the last 25 years, Poland’s governments survived an average of 13 months. During this time Poland was the only economy in the EU to avoid recession, giving its leader stature on the continent to rival that of German Chancellor Angela Merkel. Tusk tackled tough issues: raising the retirement age over opposition from trade unions and transferring some government bonds held by private pension funds to government control.

Not known for his foreign policy, during his final year in office Tusk became a vocal proponent of sanctions on Russia for supporting Ukrainian rebels and one of Kiev’s closest allies. That stature, at a time when relations with Russia have become paramount, gave Tusk a boost in the competition for the EU’s top job.

“The threats to the EU come from inside and outside,” he said, referring to Ukraine during his inaugural speech–as well as anti-EU sentiment in the U.K. “Not only are euro skeptics questioning the EU’s value, the Union has enemies. Politics has returned to Europe. History is back.” The problems in Ukraine are no longer just a matter for the EU’s eastern states. “It has become an issue of the interest of the EU as a whole,” says Vogel. “I would argue it has always been the case but EU has been reluctant admitting this.”

Born in communist Poland, Tusk is keenly aware of threats from Russia. Growing up in the Baltic port city of Gdansk, he was a student leader in the Solidarity movement and worked as a journalist for opposition newspapers. Following the collapse of communism in 1989, Tusk returned to politics but never forgot the Russian menace.

“Nobody can accuse him of not understanding the situation,” says Vogel. “It’s evident that Tusk cares about Russia. I don’t think any Polish prime minister could afford not to care about Russia. That gives his voice in the European Council a credibility that Van Rompuy’s voice didn’t have.”

At a summit of EU leaders Dec. 18, Tusk urged them to develop a long-term strategy for dealing with Russia, rather than merely reacting to specific events such as Russia’s annexation of Crimea or its support of rebels in eastern Ukraine.

"Russia is our strategic problem, not Ukraine," said Tusk, according to the BBC. “The biggest challenge is Russia's approach not only to Ukraine but also to Europe.”

Yet even before the summit, Tusk had already sent a clear message to Russian President Vladimir Putin. Only several hours after taking over the council presidency, Tusk and U.S. President Obama discussed the importance of Russian withdrawal from eastern Ukraine and agreed to continue cooperating on sanctions and other measures designed to persuade Russia to pull back. A Russian Cossack stands on guard at the military base in Perevalsk, Eastern Ukraine, Nov. 5, 2014. (AP Photo/Mstyslav Chernov)

“He will take a tough line against Moscow and he’s already described Russia as a strategic problem rather than a strategic partner,” says Chris Morris, a BBC News Europe correspondent, in an interview with Global Journalist. “He will ensure that Ukraine remains right at the top of the European Council’s agenda.”

Whether having a hawkish council president helps the EU reach a solution to Russia’s encroachments in Ukraine is a matter of debate. Too tough a line against Russia may be counter-productive to resolving the standoff, says Pawel Swidlicki, a research analyst at the think tank Open Europe.

“At the moment the situation is in a bit of a holding position, both politically and on the ground in eastern Ukraine,” he says. “We have limited actions. The sanctions, they are having an effect on the Russian economy but at some point there will have to be some kind of political deal between the EU, Ukraine and Russia. And obviously that will be a decision for the European Council.

Much will depend on Tusk’s cooperation with Federica Mogherini, the former Italian former minister who is the EU’s new foreign policy chief. Mogherini, a former member of Italy’s Communist Party, has taken a much softer approach towards Russia, and her nomination as EU High Representative for Foreign Affairs and Security Policy was opposed earlier this year not only by Baltic nations but Poland, then led by Tusk.

“Officially commissioners leave their national identity at the door when they take on the new job, and they promise to work in the wider European interest,” says Morris, of the BBC. “The same applies to the president of the European Council. The reality can be a little different, but the combination of an Italian and a Pole in these two jobs could actually provide quite an accurate balance.”

Ultimately important foreign policy decisions still require consensus from EU member states, but the people guiding how that consensus is reached matter. Whether Tusk and Mogherini can reconcile their differences on Russia and find a solution to the Ukraine crisis is a question yet unanswered.