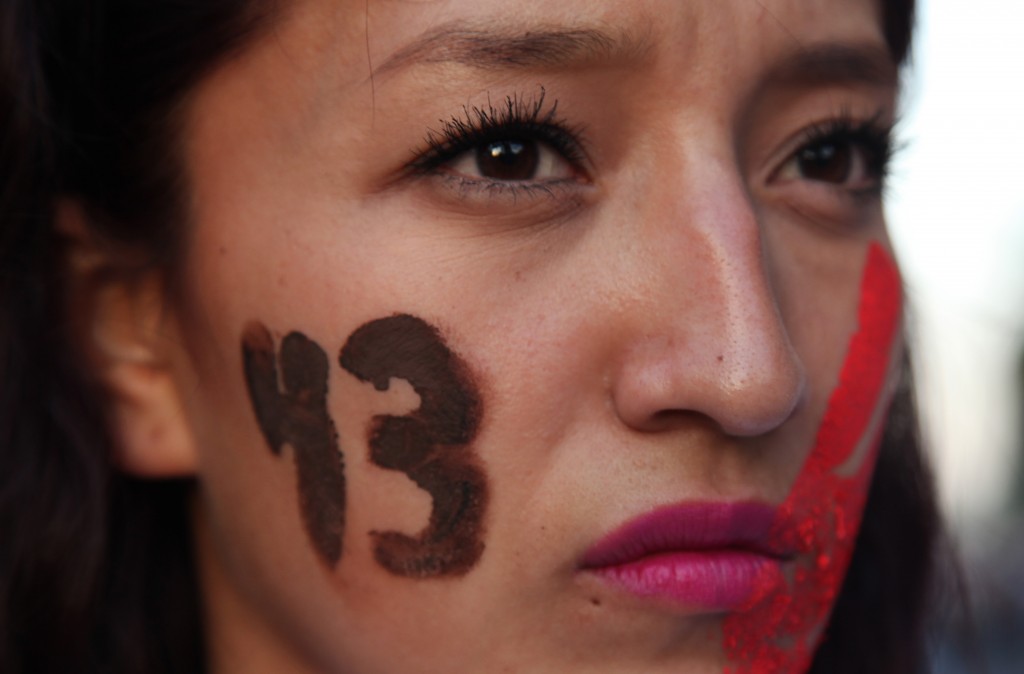 The apparent killings of 43 teaching students has proved a tipping point for Mexico's public.

Government corruption is nothing new in Mexico. But the wave of recent protests in response to the disappearance of 43 teaching college students has been unprecedented.

After local government officials with links to a drug cartel were implicated in the students’ abduction, tens of thousands of people took to the streets in five major demonstrations in Mexico City–protests that have spread to other parts of the country.

Social media has fueled the unrest. Sparking the outrage was Mexico’s Attorney General Jesus Murillo Karam, who sought to cut off questioning during a Nov. 8 press conference about the disappeared students with a curt “Ya me canse” [I’ve had enough.] The hashtag #YaMeCanse began trending on Twitter as outraged Mexicans used Karam’s own phrase to vent their frustration with a government seemingly helpless to stem an epidemic of abductions.

Through October of this year, about 27,000 people have been killed in a country of 122 million. Mexico’s national statistical agency estimates that as many as 120,000 were kidnapped last year.

The death toll is likely an undercount, and Mexico’s media has often failed to report on killings linked to organized crime, says Vladimir Beciez Romero a political scientist who works for Guerrero’s state legislature in southwest Mexico and who has been involved with the recent protests. The Guerrero student killings are an exception. “This story was too big to be hidden,” he says.

A survey conducted by the national statistics agency estimates that nine in 10 crimes are never reported to the authorities. When they are, only 6 percent are ever investigated. This reporting gap and lack of follow-up gives criminals confidence that they will not be held accountable. “There’s a strong movement in Mexico that is tired of corruption and especially of impunity,” says José Luis Galindo, the director general of Telenews Noticias, a Mexican news network. “Impunity is the worst problem in Mexico today.”

Whether all of those responsible for the abduction – and likely murder – of the 43 students from Guerrero will be brought to justice remains an open question. What is known is that on the evening of Sept. 26, students from Ayotzinapa Normal school, a teachers’ college known as a hotbed for radical politics and frequent protests, seized three passenger buses in the city of Iguala, two hours north of Ayotzinapa, to take them to another protest.

Around 9 p.m. that night, local police stopped the buses and began firing at the unarmed students. Some students fled, but 43 were loaded into police vehicles and have not been seen since. By the next morning, six people were dead at the scene of the gunfight, including three students and three bystanders.

A federal investigation determined that the local police had handed the 43 students over to a local cartel, whose members killed them and burned their bodies over a period of 14 hours. Iguala’s former mayor Jose Luis Abarca and his wife, Maria de los Angeles Pineda, were accused of masterminding the abduction and arrested Nov. 4.

Still, many Mexicans are skeptical of the government’s narrative and question whether so many bodies could have been reduced to ashes in one rainy night. That’s left some with hope that the students may still be alive. “A lot of people don’t believe the story the government is telling,” says Beciez Romero.

“There have been more than 60 arrests but there’s still no clue, we don’t know if they’re dead or alive,” says Galindo, of Telenews.

The case has highlighted the decline of the rule of law in Mexico as cartels have gained power over the past decade. The U.S. State Department now warns against traveling to all or parts of 19 of Mexico’s 31 states. “You kind of know that a lot of towns are controlled by drug cartels, but you cannot actually prove it,” says Beciez Romero.

In addition to impunity and corruption, there is also the problem of information control. Many in the media are afraid to report on drug trafficking and public corruption. In the past 10 years, 19 Mexican journalists have been killed, according to the Committee to Protect Journalists. Those who do tackle such subjects and survive are often threatened or forced into hiding or exile, says Galindo. “Many times the government even offers rewards of hundreds of thousands of pesos to those who find hidden journalists,” he says.

Whether the #YaMeCanse protests will lead Mexico’s government to address the problems of corruption, impunity and a silent press remains to be seen. Many of the protesters have called for the resignation of President Peña Nieto, though it’s not clear that the alternatives are better: Mexico’s main opposition parties have also been implicated in narco-corruption.

Jean Castillo, a biomedical researcher with the National Autonomous University of Mexico is protesting for a more just government. “We don’t want the government to manipulate information,” he says. “We want more money for education and less for politicians. We want less violence.”