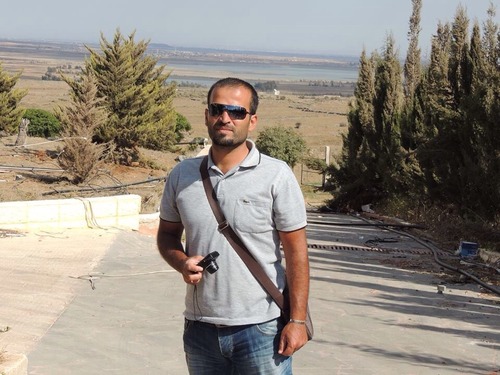 An al-Jazeera correspondent was killed in Syria while attempting to flee gunfire between rebels and government forces in the town of al Sheikh Maskin near the southern city of Daraa.

Mahram al-Deeri, 31, had turned off his car's headlights and drove away from the fighting in an effort to escape being shot when his car crashed into a rebel vehicle, his family told the Qatar-based network.

“Our martyred colleague Mahran Al Deeri has worked with Aljazeera.net for over a year and was known for his courage, bravery and professional coverage of the Syrian revolution in the area of Daraa and its suburbs,” said Mostefa Souag, Al Jazeera director general in the organization’s statement on Al Deeri’s death.

The area has been the scene of frequent battles between government troops and opposition forces in recent weeks. Three other journalists from the Syrian opposition television channel were killed Dec. 8 in al Sheikh Maskin when a missile struck their vehicle, the Committee to Protect Journalists reported.

Al Deeri, a lifelong resident of Al Sheikh Maskin and a Damascus University graduate, quit his job with the government’s news agency and fled to Jordan at the start of the Syrian civil war. He returned in 2013 to freelance for Al Jazeera.

Those who knew Al Deeri said he was “one of the most competent correspondents” working for Al-Jazeera, according to a report by the Huffington Post.

His colleagues remember him as someone who used to say “Freedom comes with martyrs, and journalism without sacrifice is a false testimony.

At least 75 journalists have died covering conflicts in Syria in the last four years, according to CPJ.