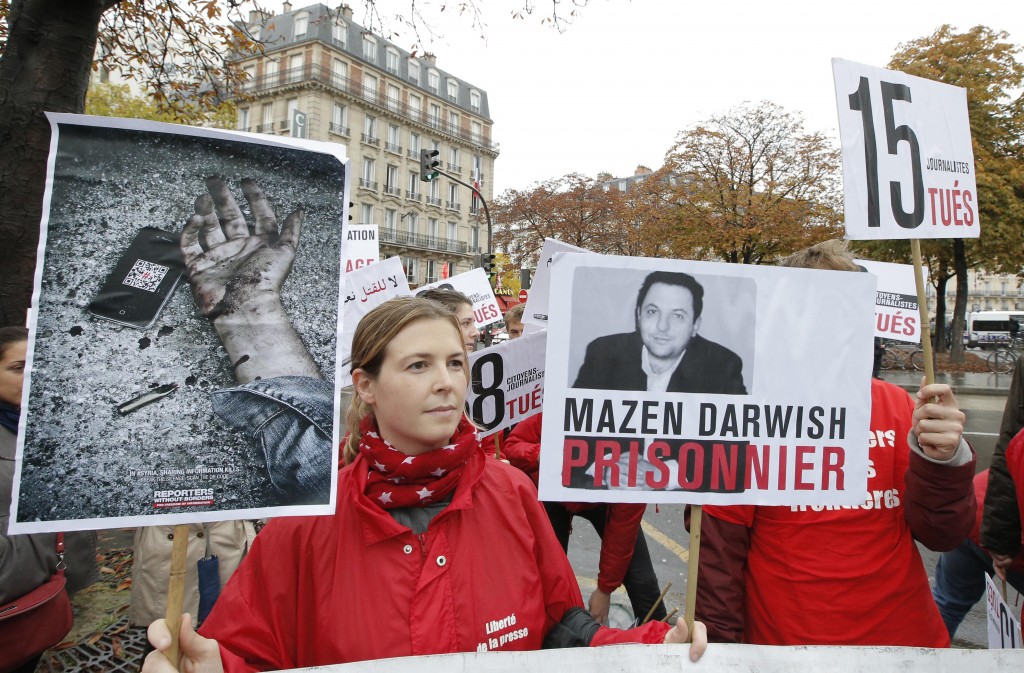 A court in the Syrian capital Damascus has postponed the verdict in the trial of a Syrian journalist arrested in 2012 as the country spiraled deeper into civil war.

Mazen Darwish, head of the Syrian Center for Media and Freedom of Expression, was arrested Feb. 16, 2012 along with 14 others at the group's offices by members of the Syrian Air Force's intelligence unit loyal to President Bashar Assad. Darwish and two others were charged with "publicizing terrorist acts," according to Reporters Without Borders. The court had been due to deliver its verdict Nov. 5, and the postponement is the fourth time the trial has been adjourned. He faces up to 15 years in jail if convicted.

Darwish has been subject to torture and other ill-treatment while being held at an Air Force detention center in Damascus, according to Frontline Defenders and other rights groups, who cited other prisoners held with Darwish.

The Syrian authorities have used a anti-terrorism law to silence activists with fake charges of terrorism, according to Amnesty International.

Last year the United Nations declared Darwish’s detention arbitrary and asked for his immediate release. On March 24, however, the General Prosecutor of the Anti-Terrorism Court of Damascus presented charges against Darwish with “publicizing terrorist acts.”

In October, author Salman Rushdie announced he would share his 2014 PEN Pinter Prize for an 'international writer of courage' with Darwish in an effort to highlight his imprisonment.