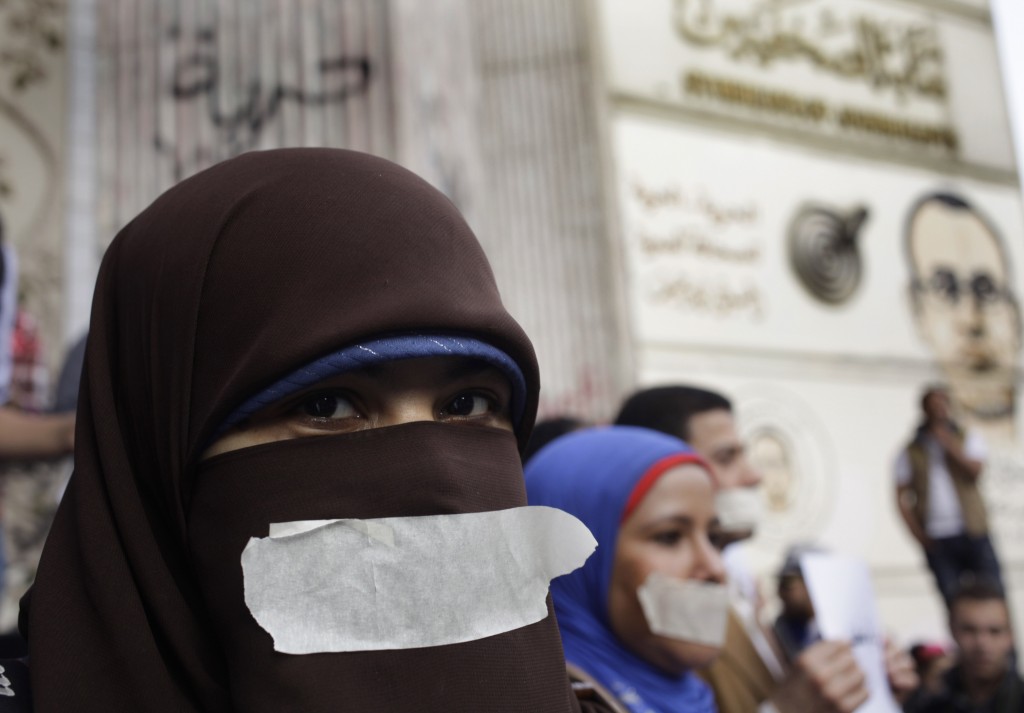 At least 580 Egyptian journalists have rejected a recent pledge by newspaper editors to support the government and refrain from criticizing the police, the army and the judiciary.

"Standing up to terrorism with a shackled media and sealed lips means offering the nation to extremism as an easy prey and turning public opinion into a blind creature unaware of the direction from which it is being hit or how to deal with it," said the statement, according to a translation by the Committee to Protect Journalists.

In a statement posted Nov. 2 to social media outlets, the journalists said an Oct. 26 declaration by editors not to "cast doubt on state institutions" violated freedom of expression, news outlets including the Associated Press reported. Editors promised they “would take measures to halt what it called the ‘infiltration by elements supporting terrorism’ in their publications,” a promise that came after Egyptian President Abdel-Fattah al-Sissi called for Egyptians to support the state after 30 soldiers were killed by Islamist militants, the AP said.

The conflict comes amidst continuing restrictions on the press under al-Sissi. The country's state-run NileSat television service stopped carrying al-Jazeera and the Rabbat news networks in September. Both had aired critical reports about al-Sissi, who took power in a coup in July 2013 and was elected president in May with little opposition.

In June, three journalists for al-Jazeera received sentences of seven to 10 years in prison after being convicted of reporting false news and aiding the banned Muslim Brotherhood movement.