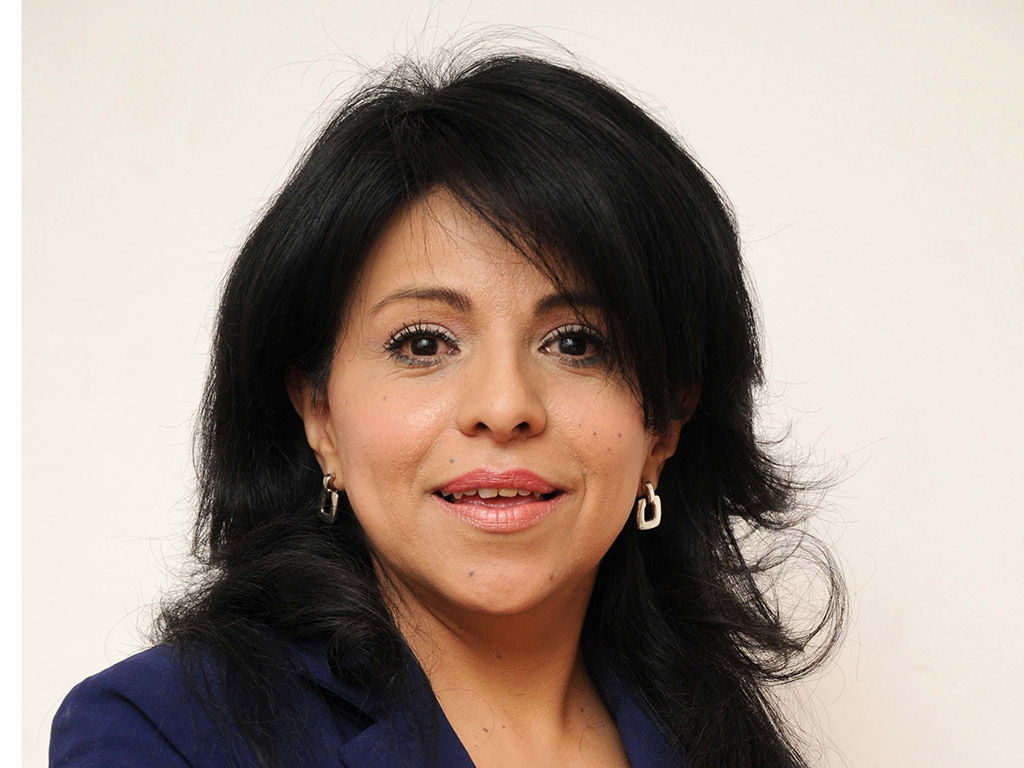 'After I left Mexico my parents kept receiving letters for six months just to remind me to be quiet.'

Verónica Basurto first became interested in journalism at age 12. She recalls combing through the financial sections of Mexican newspapers searching for investigative stories. As an adult, she began a career in journalism with Radio 13, a local station in Mexico City, and went on to work with arts and culture broadcaster Canal 22 and news station Radio Monitor.

In 2012, Basurto began working with French journalist Laurence Cuvillier of the television news channel France 24. The two were investigating the the case of Florence Cassez, a Frenchwoman arrested in Mexico in 2005 for being part of a kidnapping ring and sentenced to 60-years in jail. Cassez had denied involvement in the ring, which was led by her then-boyfriend Israel Vallarta. Mexican television had shown what was described as their arrest--though in fact it was a reconstruction staged for the cameras.

As Basurto and Cuvillier probed a series of missteps by Mexican investigators in investigating the Cassez and other kidnapping cases, Basurto was repeatedly threatened and followed. She fled Mexico for Spain in early 2013–about the same time that Cassez was released from jail and returned to France. Recently, Basurto returned to Mexico and told her story to Global Journalist's Beatriz Ciordia.

Global Journalist: How were you threatened while investigating kidnapping cases, including the Cassez case?

Verónica Basurto: At first I received phone calls asking if my car was bullet resistant and describing how I could be murdered. Then my family also started to receive those calls. I spent a whole month moving from one house to another because the people who were after me were increasing in number, and they always found me. I stayed in seven different houses. When leaving one place, I had to hide at the bottom of the car and meet with the [human rights groups] that kept me safe –Reporters Without Borders, Committee to Protect Journalists and Freedom House. Everything was like a James Bond movie.  After I left Mexico my parents kept receiving letters for six months just to remind me to be quiet. Florence Cassez, the Frenchwoman released by Mexico after a 60-year jail sentence, poses with her parents Bernard and Charlotte after meeting with French President Francois Hollande at the Elysee Palace in Paris, France, Jan. 25, 2013. (EPA/Yoan Valat)

GJ: What was the moment you decided you had to leave?

Basurto: One of my investigations found out that some cases in which people had been imprisoned without having a previous trial were linked to high-level officials of former president Felipe Calderón. These officials were also involved in drug trafficking, so I decided to speak with a friend that worked for the [prosecutor's office] in Mexico City. What this person told me definitely made me decide to leave. [The person said:] "Veronica, I don't know how you got this information, but everything is true...I don't know how you are still alive but you must leave the country now for at least six months. They won't forget you."

GJ: When were you most afraid?

Basurto: To answer this question I must talk about France 24 reporter Laurence Cuvillier, who collaborated with me in the documentary about the crimes committed by [former president] Felipe Calderón’s officials. When I started to receive the threats, Amnesty International made me a personal risk exam that concluded I was under severe danger, so I began to follow strict safety protocols.

I had to turn off my phone, quit my job, stop talking with my friends and family and leave my house. I had to stop filming the documentary and avoid seeing those we had interviewed. I strictly followed the protocol and isolated myself in a bubble.

But Cuvillier continued to interview people and to film the documentary for 20 days. This increased the risks for me because the criminal group [that was after me] thought the investigation was still going on.

I begged Laurence to stop filming the documentary but she didn't want to because she hadn't received any threats – foreign reporters are hardly ever killed in Mexico. “This is not a Hollywood story,” I told her. “If somebody wants to kill you, he will.”

One of my friends  asked her if she was ready to have the death of a Mexican journalist on her conscience. I felt totally scared and betrayed. As journalists we must know what kind of country we visit and respect local reporters. GJ: What is the response of the government to this type of intimidation?

Basurto: It is absolutely repressive corrupt and it doesn’t do anything to protect journalists and look into the cases of people gone missing. Human rights are constantly violated and the freedom of expression and communication barely exists. Drug cartels and the organized crime are intertwined with all politicians and they threaten journalists because they want them out of the game. Many of my colleagues have escaped to other states in Mexico and others have moved to the US and quit journalism. We cannot even talk about non-political issues like tourism because many [in organized crime] have businesses in these sectors.

GJ: How has this episode affected you psychologically?

Basurto: The fear stayed with me for a long time...in Spain I once felt that somebody was following me and I was really scared. Sometimes paranoia and fear make you feel that everybody is looking at you. Before going to sleep at night, I used to look behind the door and under the bed and I also blocked the door with a piece of furniture. You don't get to sleep well until many months later.

GJ: What is the attitude of the Mexican public towards this kind of intimidation?

Basurto: People are too afraid to act because the organized crime and corrupt politicians have threatened them for many years. However, people know what’s happening with journalists and they appreciate our work. There have been many polls in which people recognized that being a journalist in Mexico is one of the most dangerous jobs –especially for women. The situation is slowly changing.