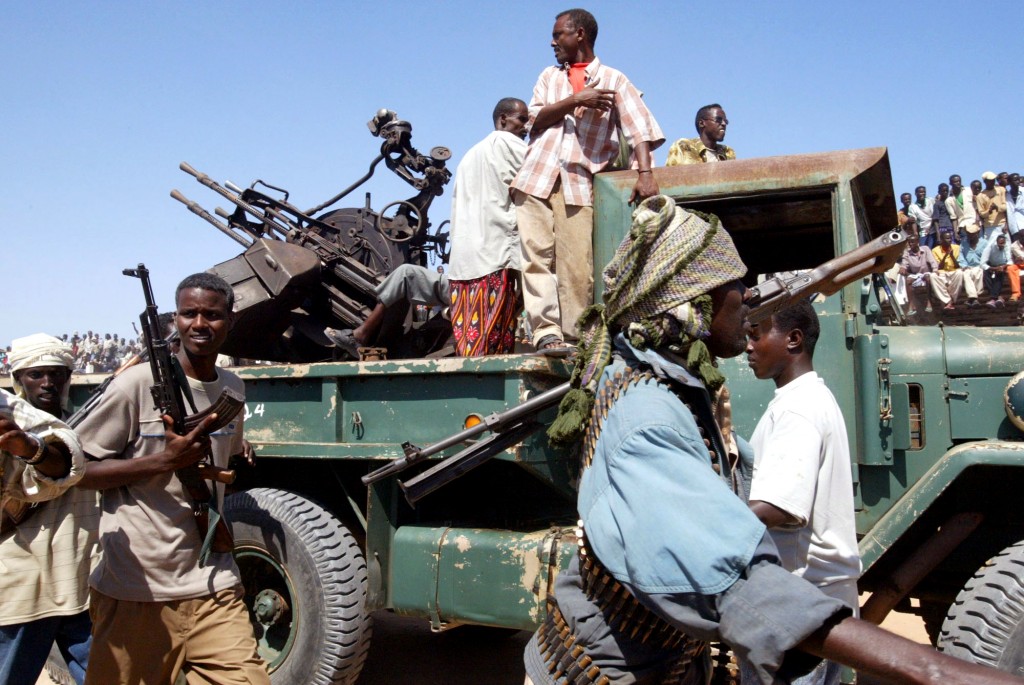 "I do not have that much to say about what to do now for a living. Crying is not good for a young man, I am sure I am not hopeless."

Even before becoming a journalist, Burhan Hassan was no stranger to the perils of Somalia's 23-year civil war. When he was 10, a stray bullet pierced his left shoulder during an attack on a media house in Mogadishu.

Undeterred, he went on to pursue a career in the field in what is one of the world's most dangerous countries for journalists. He became a reporter and focused on human rights issues and peace journalism for Somali outlets including Radio Mogadishu and GBC Radio and Television. In 2006, as the Union of Islamic Courts, a group including hardline Islamists, took control of Mogadishu and much of southern Somalia he witnessed the persecution of numerous journalists and the destruction of other media outlets. Fighting intensified as forces from neighboring Ethiopia invaded in an effort to halt the Islamists. When the al-Shabaab militia, a radical group aligned with the UIC, captured the office of GBC, Hassan knew it was time to leave.

His timing was good. Since 2007, 45 journalists and other media workers have been killed in Somalia, according to the Committee to Protect Journalists. Now 31, Hassan lives in Kenya in Nairobi's mainly Somali Eastleigh neighborhood.

He struggles to find paying work in the journalism field but volunteers for local radio outlets including Radio Nairobi. In 2008, Hassan co-founded the Center for Peace and Journalism (CEPJO), which helped journalists escape Somalia and provided training in peace journalism before closing  in March. In an interview with Global Journalist's Bita Eghbali, Hassan spoke of the dangers of reporting in Mogadishu and the struggles of life in exile in East Africa.

Global Journalist: How did you get involved in journalism?

Hassan: I started as an assistant [at Radio Mogadishu] and, since my father was a journalist, I was always thinking [I would become] a journalist. GJ: What did you do before you were exiled?

Hassan: I reported peace journalism and I have always advocated and reported on freedom news or general humanitarian news coverage. In 2006, I ran away from Somalia after media personalities were persecuted in Somalia, the radio stations were bombed and journalists were assassinated in Mogadishu.

GJ: What was it like working as a journalist in Somalia?

Hassan: My working life was stressful. We feared our work place would be destroyed at anytime. Al-Shabaab, a terrorist group, attacked us several times. They did not want freedom of expression and fair community participation at our radio station. Al-Shabaab captured our place—GBC Radio & Television. One day, two other journalists and I left Mogadishu and decided to flee toward southern Somalia until the border of Kenya.

GJ: How was the media treated by the Islamists?

Hassan: What has caused me to be an exile [is the]… Islamic terrorism which is going on in Somalia. The Islamist group Hizbul Islam led by Hassan Dahir Aweys [who recently made peace with Somalia's Western-backed government] addressed the journalists and told us that the radio station will broadcast information [on] behalf of his group. We told them it [was] impossible because our audience knew that we were neutral. However, his [supporters] announced that they would kill any journalist who doesn’t participate in the war against Ethiopian forces. Hassan: Life in exile is just like living in an urban-refugee status. Living as an urban refugee prohibited me to work legally—I took a refugee card in Nairobi. I also have a UNCHR [United Nations High Commissioner for Refugees] mandate in Nairobi...It [is] hard to find familiar people to stay and eat with. In Kenya, there is only one single Somali speaking radio station called STAR FM, and they forced me to work as a volunteer for the past three years.

GJ: How have you been working to improve press freedom?

Hassan: [With the Center for Peace and Journalism] we trained our fellow exiled journalists—almost 300 of them—in Eastleigh village in Nairobi. We [need] press freedom and [spread] awareness of the killings of the journalists in Somalia....Through press freedom organizations, we had a little help moving around and making our voices heard to others in Somalia.

GJ: What are your hopes for the future?

Hassan: I hope that I will continue my studies—my hope is to concentrate [on having] a family and settling down. I do not know where I will go to live, I do not have that much to say about what to do now for a living. Crying is not good for a young man, I am sure I am not hopeless, …I will make sure I am struggling for a better and [more] positive outcome. My hope for the return [home] is impossible, and the threat we had when we ran away still exists there.