Algerian reporter in hunger strike after 15 months in prison 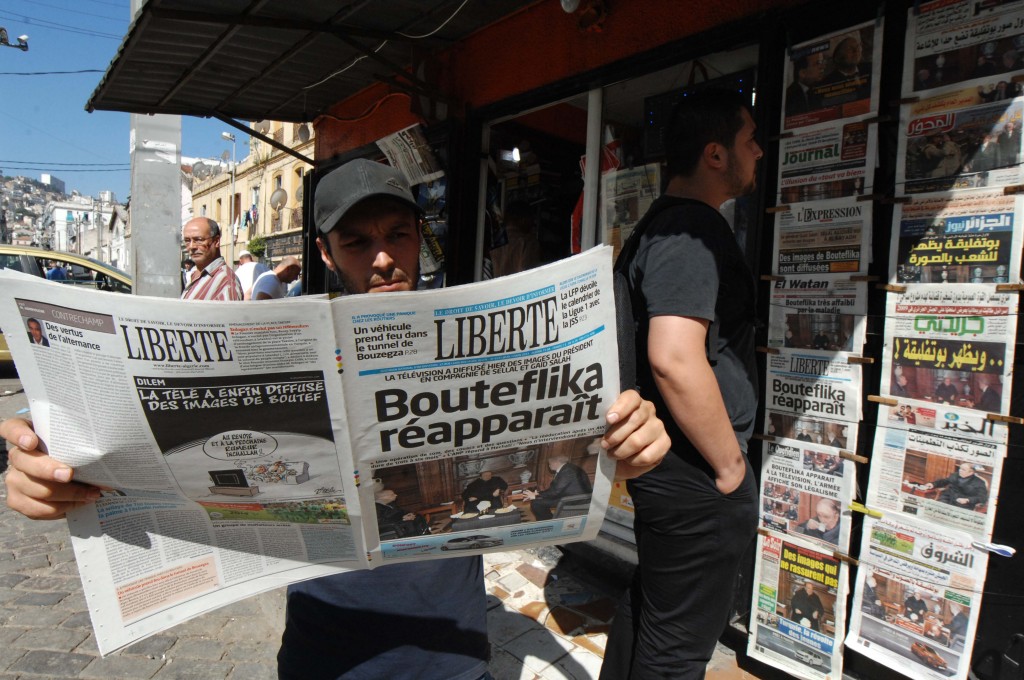 An Algerian journalist held in prison without trial for more than a year has been on a hunger strike since Nov. 5.

Abdelhai Abdessamia, who works for the Algerian daily newspaper Mon Journal and its Arabic-language partner Djaridati, has been held in a prison in the eastern city of Tebassa since Aug. 18, 2013 after being accused of illegally helping his editor Hicham Aboud leave the North African country, according to the Committee to Protect Journalists. News of his imprisonment was not released until this month after authorities told his family not to discuss his case, the New York-based press freedom group said.

Abdessamia is a diabetic and began his hunger strike only after his lawyer's fourth request for his release was rejected, Reporters Without Borders said. Djaridati and Mon Journal were both shut down by the government in 2013. A trial date has not been set for Abdessamia and no hearings are scheduled.

Aboud, Abdelhai's editor, left Algeria in August 2013. He has been charged with "endangering national security, territorial integrity and the proper functioning of national institutions" after speaking with international reporters about President Abdelaziz Bouteflika's health, the France-based rights group said. Bouteflika, 77, suffered a stroke last year, though that did not prevent him from winning a fourth consecutive presidential election in March. This month, the president visited a hospital in France this month a checkup.

A petition for his release on the activist website Avaaz had garnered 434 signatures through Nov. 16.