Uzbekistan said to use passport data to track journalists 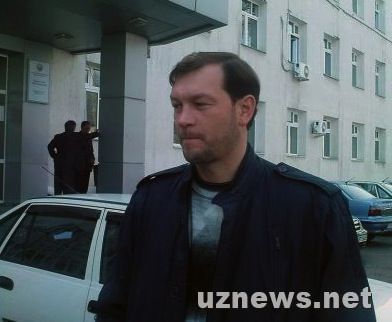 Uzbek journalist and human rights activist Dmitry Tikhonov was detained Sept. 20 by Uzbek border police while leaving the country for neighboring Kazakhstan. His luggage was searched and mobile phone confiscated before he was allowed to cross, UZNews.net reported, citing an interview with the journalist. Tikhonov told the news site he was detained again on his return to Kazakhstan and that an officer told him his new passport contained "hidden information" instructing the border control to contact Uzbekistan's national intelligence agency, the SNB, each time he crosses a border.

Other journalists have also encountered similar difficulties at the border, the site said, without citing anyone.

Uzbekistan is classified as "not free" by the U.S.-based rights group Freedom House, with low scores for civil liberties, political rights and freedom. The government controls major media outlets and airs pro-government "documentaries," it said in a recent report. Foreign journalists are generally barred from entering the country, it added.

The case of jailed Uzbek editor Muhammad Bekjanov was among those highlighted in a recent report on political prisoners in the central Asian nation. Bekjanov moved his family to Kiev, Ukraine, in the late 1990s to avoid arrest by Uzbek authorities and continued to publish an opposition party newspaper. In March 1999, he was kidnapped and taken to Uzbekistan where he was charged with crimes including “threatening the life of the president,” according to Human Rights Watch. Jailed for 15 years, Bekjanov's is among the longest imprisonments of journalists in the world, according to the Committee to Protect Journalists.