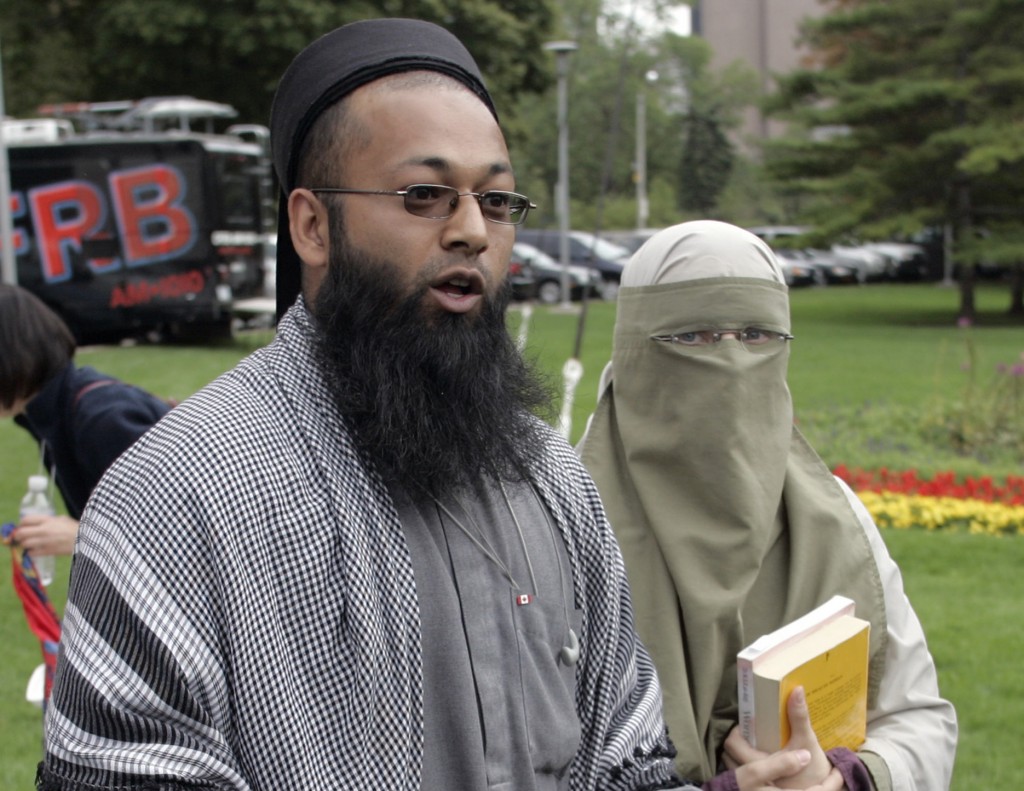 'When people said to me, “You are a traitor to Islam because you stop Muslims,” I say to people that Islam does not support terrorism and the Prophet, peace be upon him, is not a terrorist.'

Mubin Shaikh is the son of Indian immigrants to Canada. A Muslim, he assimilated to middle-class life and mixed easily with other kids St. Clair, Ontario, a township about 48 miles (78 kilometers) northwest of Detroit. As he grew older, Shaikh’s interest in Islam increased. He became much more devout than his family or most of the Muslims around him – and met with the Taliban during a trip to Pakistan in 1995 and briefly considered joining jihadist groups fighting in Chechnya and Bosnia. Shaikh celebrated the attacks of Sept. 11, 2001 with friends, and was inspired to travel to Syria to further study Arabic and Islam. There, the would-be jihadist met an Islamic scholar who turned him away from a path towards terrorism, and Shaikh underwent what he has described as a period of “deradicalization.”

Soon after Shaikh returned to Canada in 2004, he became an undercover informant for the Canadian Security Intelligence Service. While working for CSIS, he infiltrated a cell of Islamic extremists inspired by al-Qaida who plotted to attack Canada’s parliament, the Toronto Stock Exchange and other high-profile targets. The work led to the arrest of 18 men.

His forthcoming book, “Undercover Jihadi,” tells his story of his work with Canada’s homegrown terrorist group. Here, Shaikh spoke with Global Journalist’s Lucas Minisini about how those living in the West can come to want to join terrorist groups like the Islamic State in the Levant [ISIL or ISIS] bent on destroying it. Global Journalist: How did you come to want to wage jihad on the West?

Shaikh: For me it was identity conflict, and I think this is the same theme that applies to individuals who are going now. You have identity, you have adventurism, the idea to be a hero. They believe that they are defending the religion because they believe that the religion is under attack. So in order for us to defend it, I personally must defend it….and you find this is common with young men between 18 and 24 and now the age is even lower, 14, 13 in some cases….Now you see an increase in [the number of] females, largely because groups like al-Qaida, the Taliban, they were very selective with the people that they included…but ISIS has opened the door to everyone.

GJ: You were a supporter of violent attacks on the West. What changed you mind?

Shaikh: I was extremist between 1995 and 2001…I went to Syria to study, not ot fight with a jihadi group but to study the religion. And after studying the religion properly with the proper scholars, I moved away from [extremism]….I decided this is not Islam now that I have a proper understanding….they think they know the religion, they use verses of the Koran, just like me. It is not that they don’t know about the religion, but they have a wrong interpretation. For me, I was given the right interpretation and I left [to return to Canada].

GJ: You went to work for the Canadian intelligence service. It’s one thing to walk away from extremism, but another step altogether to join the government in fighting it.

Shaikh: I stayed in Syria for two years, until 2004. I realized when I was there that life in Canada is really good for Muslims. So I came back…There was a guy I knew from school, he got arrested in Canada because he was apparently in a [jihadist] group in London. So I contacted the [intelligence] agency to say: ‘this is a mistake, this is a good family.” So this is how I made contact with them. They said, “We like your interpretation [of Islam] now, so can you help us identify who is a problem, who is a threat to the security of Canada?” This was in 2004, and I did this because I think that this was my religious duty.

GJ: The case of the Toronto 18 got a lot of media coverage, and your role has become quite public. Did you feel threatened?

Shaikh: The Toronto case was the last case I worked on. I had many cases like that, but only one became a criminal investigation….And I don’t feel threatened, because they know that I am still with the government. To go after government agents is not smart.

GJ: Why write a book?

Shaikh: I thought of doing a book for a long time—mainly to correct the misconception related to the Koran. Then I realized that the subject was growing: radicalization, de-radicalization, everyone is asking: ‘Why are these people doing this?”

My story…is an example of how somebody goes from here to there. So the book is also to help young people who want to radicalize and can read the book and think, “Hey, my life is just like his life.” So maybe [it’s] to move them away, and make them feel that they are not by themselves.

GJ: What do you see as the difference between ISIL and other jihadist groups like al-Qaida?

Shaikh: The main difference is they open the door to everyone. No. 2, is that they claim to be a caliphate. These are things that other groups have not done. No. 3, that they are deliberately targeting young people to come and start the next generation in this caliphate. So it is giving this youth a sense of belonging and a sense of purpose.

GJ: What do you think of ISIL’s recruitment strategies and use of social media?

Shaikh: One aspect that nobody talks about is text messages. [Domestically] text message are how they get to people because they are not sure about the [security of] the Internet connection. But they can use text messages all the time. No. 2 you have Westerners who are actively producing propaganda. If you look at al-Qaida’s videos it is one of the leaders looking at the camera and talking for 45 minutes. If you look at ISIS videos, [you see] a strategy that resonates with youth culture: the imagery, the music, the hero thing.

GJ: What do you think of the U.S. State Department’s “Think Again, Turn Away” effort to counter these messages on social media?

Shaikh: I really like what they are doing. The space is uncontested…Sometimes they use sarcasm, they mock [ISIL]. It has mixed results. For some people, the State Department of the United States cannot convince anyone of anything. The State Department itself does not think that they are here to convince people. Nobody is going to say to them, “Yes State Department, because of your tweet I decided not to become a terrorist.”

GJ: What do you think needs to be done to curb ISIL’s attraction for young people?

Shaikh: In France, for example [there is] discrimination against Muslims and there are attacks on Muslims. If Muslims feel that they are under attack, they are going to become defensive, and it becomes impossible to penetrate the community because their walls are up. No. 2, it is essential to support and legitimate Muslim scholars to come and speak to young people. No. 3, the youth itself must be empowered, to…feel that they have a voice.

…The main point I want to add is that when people said to me, “You are a traitor to Islam because you stop Muslims,” I say to people that Islam does not support terrorism and the Prophet, peace be upon him, is not a terrorist. Because of your actions, people come to hate Islam. That is the message I want to give to these young people [joining jihadi groups] thinking that they are doing something for their religion: No, you are destroying the religion.