Project Exile: Out of Iran, a voice for human rights 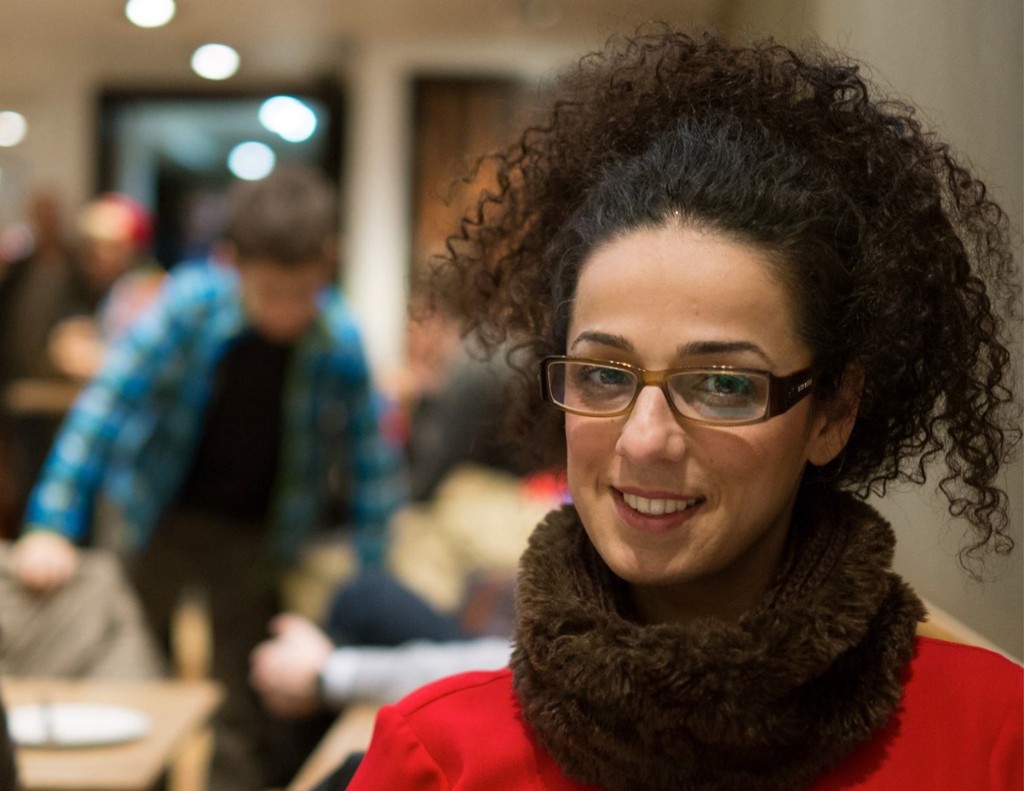 "I cannot imagine what will happen if I decide to come back. I receive death threats through e-mail and Facebook."

Masih Alinejad became interested in politics and freedom of expression while growing up in a traditional Iranian family near the city of Babol, about 90 miles (144 kilometers) northeast of Tehran. As a student, she became involved printing undercover papers critical of the government, which she and her colleagues distributed to local residents. She was arrested at the age of 20 and spent two and a half years in an Iranian prison where she gave birth to a son, Pouyan.

After being released, she moved to Tehran, where she started working for the daily Hambastegi and later the Iranian Labour News Agency as a parliamentary correspondent. In 2005, her investigative reports about secret bonuses paid to parliamentarians led the country’s legislative body to expel her from covering it.

She left the country in 2009, frustrated with the stifling press climate. Iranian authorities have a firm hold over news coverage and reporters are often required to reflect official ideology in their stories. Alinejad moved to London and completed her undergraduate degree and continued writing about Iran. During the upheaval that followed the country’s disputed 2009 elections, won by hardliner Mahmoud Ahmadinejad, she published a series of interviews with the families of protesters who were killed or tortured by the security services. Her work appeared in the BBC, The Guardian and the Voice of America.

Earlier this year, she attracted international attention for her Facebook page, “My Stealthy Freedom,” which invites Iranian women to post pictures of themselves unveiled. The page has garnered more than 670,000 likes through October. In response, Iranian state media denounced her as a ‘whore’ and falsely reported that she had been gang-raped in London.

Now 38, Alinejad hosts a radio show for Voice of America and Radio Liberty and lives in New York with her son and husband, Kambiz Foroohar, a journalist who writes for Bloomberg. She spoke with Global Journalist’s Anna Kowalska about the challenges of reporting on Iran and the media climate under President Hassan Rouhani, a reformist elected last year.

Global Journalist: What made you interested in becoming a political journalist?

Alinejad: I was born in a small village and we didn’t have any freedom. When my ex-husband and me were arrested by [the] local intelligence service just because of student activity, I thought that it was not fair. They interrogated us for months without a lawyer. We were begging for justice.

[After being released] I was banned from studying in Iran and working for any governmental institution, so I moved to Tehran, as it seemed to me that there I would be freer. I thought it would be a good idea, instead of getting involved in a political activity, to go into journalism and see if I can ask my questions, which I’ve never had a chance to ask, to politicians directly face to face.

Global Journalist: What was it like to be a journalist in Iran?

Alinejad: We were not allowed to ask any questions about the supreme leader [Ayatollah Ali Khameni]. Media was under the control of the judiciary and the intelligence service. I was receiving admonition letters from those organizations so I started to self-censor myself. We knew we were going to be arrested if we only dared to ask our MPs [members of parliament] any questions about sensitive issues like money or nuclear activities. I tried to do my best but I was banned from working there after my corruption report. Iranian supreme leader Ayatollah Ali Khamenei waves to the crowd during during a ceremony to commemorate a revered Shiite saint, in Tehran, July 6, 2009. (AP Photo/Office of the Supreme Leader)

Global Journalist: Why did you decide to leave Iran?

Alinejad: After being suspended as a parliamentary reporter, I became a columnist. I was sitting in my home and writing opinions. But I wanted to find out the truth, not just analyze government actions. That’s why I decided to leave.

Global Journalist: What issues are most important to you?

Alinejad: I live abroad, but I still carry home on my shoulder. I focus on human rights and women’s rights. I work as a freelancer and address the Iranian public. When the fraud happened in the 2009 elections, I was the one who broke the news about people being shot in the streets. I was one of the first ones to talk to the families of those who were tortured to death in prison.

Global Journalist: How do you report on human rights in Iran when you’re overseas?

Alinejad: Because I am abroad, people are getting in touch with me through Facebook and ask me to spread their word. I have more than 200,000 followers. Once I posted pictures of [myself] in London, free, without a scarf. I received messages from Iranian women saying: “Don’t publish these pictures because we envy you.”

Soon after I published another picture of myself driving in my hometown in Iran, again without a scarf. And I said to Iranian women: “I bet you can do the same.”

Many of them started to send me their photos without hijab, so I created a page called “My Stealthy Freedom.” ...If I were in Iran this website wouldn’t exist. From far away those voiceless women can express themselves for the first time [in] more than 30 years.

Global Journalist: Are you threatened?

Alinejad: A lot. When I interviewed the prisoners [of the 2009 demonstrations] and their families, the Iranian state media started to attack me. Hundreds of news [stories were] written against me, I was called a “spy,” “the servant of the Queen” and “anti-revolutionary.”

Recently the Iranian state television reported that three men in London raped me in front of my son. I cannot imagine what will happen if I decide to come back. I receive death threats through e-mail and Facebook. I have hat[e] comments, mostly from conservative website[s]. My family in Iran is in danger, too. My dad still lives in a small village. All the news he can access is coming from the state television. This is all he hears. They broke him emotionally. He stopped talking to me because it made him think that I was against Islam. Global Journalist: How do Iranian authorities try to control your coverage?

Alinejad: Some of the people I interviewed were warned by the authorities that they couldn’t talk to me. We don’t have free press inside Iran but Iranians use satellites so they can see my stories on international media channels. My interviews went to mainstream media, [such] as the Guardian or the BBC. My Stealthy Freedom was covered all over the world. Facebook is officially banned but people [have] learn[ed] how to bypass the authorities and simply break the filters.

Global Journalist: How have the conditions for journalists working in Iran changed since you left in 2009?

Alinejad: In my opinion nothing has changed. [President] Rouhani, when he was in New York, denied that Iran was arresting journalists. But I’m one of the examples. I cannot get back to Iran. I interviewed families of five people who went back home after Rouhani’s promises. They were immediately arrested. We cannot trust any politicians. They simply lie to improve their image abroad. In my opinion, change only comes when people are together. I believe that we have a long way to go because of the dictatorship and the traditional, conservative nature of our society. I think bringing change has one condition: raising awareness. This is my mission, ensuring [that] those people inside Iran…have the power and they are not alone.