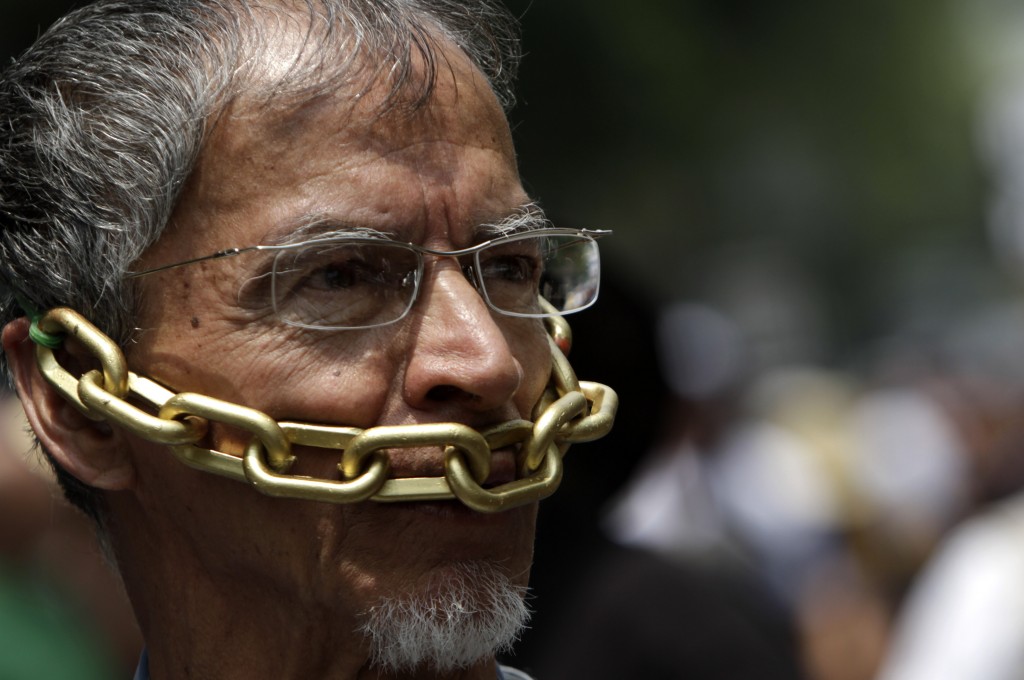 A Mexican journalist was abducted and threatened on Oct. 5 for planning to cover a peace rally in the east-central state of Puebla. Miguel Ortega, a reporter for the RexRadio news outlet in Teziutlan, told a press freedom group he was forced into a car by four unidentified men before he could cover the event.

Ortega was planning to cover the march in the neighboring town of Chignautla, about four miles from Teziutlan when he was abducted, according to a statement from France-based Reporters Without Borders. He managed to send a message to his family alerting them of the kidnapping. His family didn’t get word he was safe until seven hours later.

“My kidnappers put a trash bag over my head and took me to an isolated place outside town, where they contacted someone by radio and asked if they should kill me or just scare me,” he told Reporters Without Borders. “Then they put a gun to the back of my back, pushed me into a ravine and left me there with my hands tied.”

Ortega received threats the day before the march warning him not to attend, but planned to cover the event anyway. This is the first time the journalist has ever been threatened for his work, according to Reporters Without Borders.