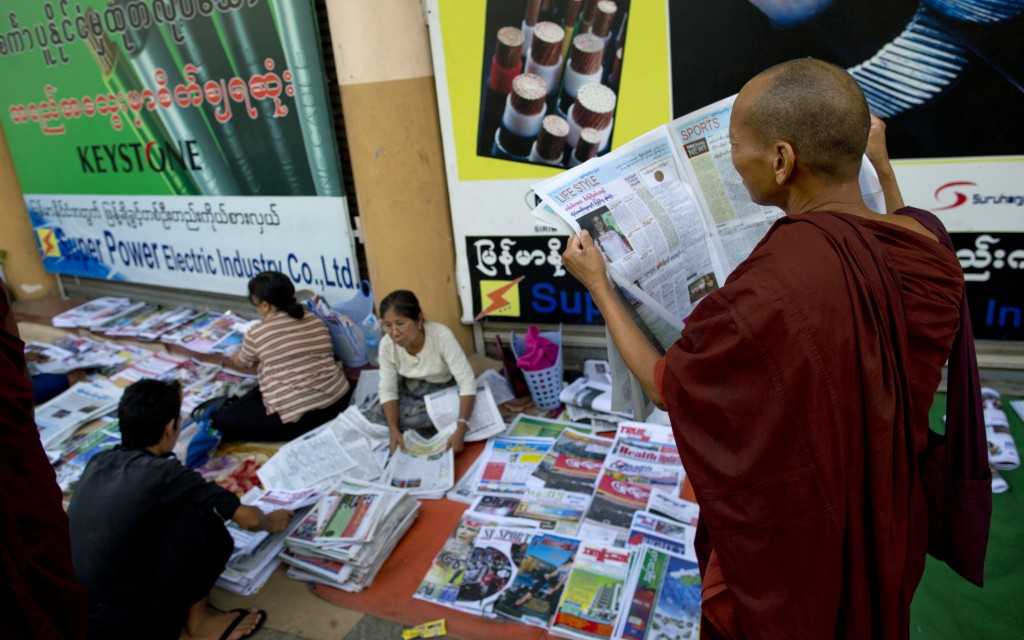 Three journalists and two owners of a defunct Myanmarese weekly were sentenced to two years in prison for sedition Oct. 16 by a court in Yangon, local media reported.

The court found that the defendants had violated a section of the country's penal code prohibiting statements that can "alarm the public," Radio Free Asia said. That provision, widely used during the former military regime, broadly defines defamation of the state.

The sentencing follows the trial of four journalists and an executive for the news outlet Unity Journal involved in reporting on a secret chemical weapons factory in the country. In July, the five were sentenced to 10 years in prison -- a sentence that was reduced to seven years in October, according to the news site Irrawaddy.