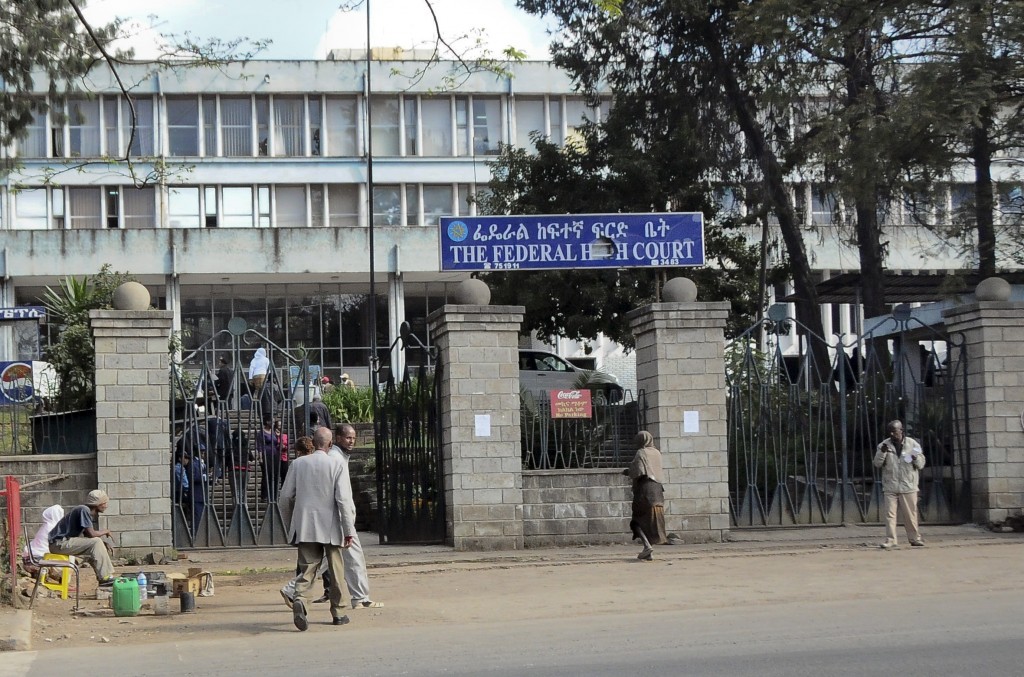 A former editor of an Ethiopian newspaper faces up to 10 years behind bars after a federal court in the East African nation found him guilty of inciting the public against the government.

Temesgen Desalegn, who worked for the now defunct Feteh weekly, was convicted Oct. 13 and will be sentenced Oct. 27, Bloomberg News said, citing his lawyer. Desalegn was also convicted of defaming the government and distorting public opinion in a case that lasted for two years.

Desalegn's conviction follows the sentencing of three magazine publishers Oct. 7. Endalkachew Tesfaye, Gizaw Taye and Fatuma Nuriya, owners of Addis Guday, Lomi and Fact were ordered to serve three years in prison for "inciting violent revolts, printing and distributing unfounded rumors and conspiring to unlawfully abolish the constitutional system of the country," Reporters Without Borders, a press freedom group said. All three publishers had fled the country In April, six bloggers and three journalists were arrested in Ethiopia and later charged with terrorism.

Ethiopia has more journalists in jail than any country in Africa save Eritrea, according to the Committee to Protect Journalists. The New York-based press freedom group says it has helped 41 Ethiopian journalists flee the country since 2009, and that the recent crackdown may be an effort to stifle dissent ahead of May 2015 elections. In June, 20 journalists were fired from the country's state-run radio network due to their "narrow political vision," Reporters Without Borders said.

The current arrests come after six bloggers and three journalists were arrested in April and later charged under a controversial anti-terrorism law. Other journalists in prison include Eskinder Nega, winner of the 2014 WAN-IFRA Golden Pen of Freedom Award and the 2012 PEN/American Center Freedom to Write Award, and Reeyot Alemu, winner of the 2013 UNESCO/Guillermo Cano World Press Freedom Prize.