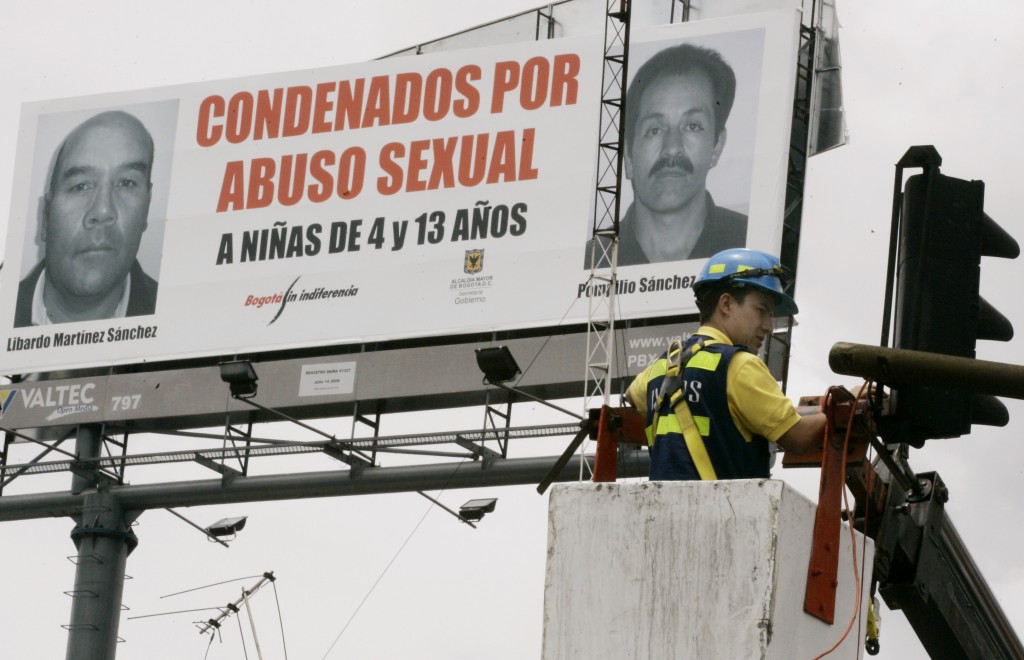 From foreign tourists to local women, a diverse group exploits the region’s children.

It was a local Colombian beauty queen who had recruited many of the boys and girls. To do so she had used a fake modeling agency that was allegedly a front for a child prostitution ring serving foreign sex tourists. That ring was broken up in mid-October after Colombian and U.S. agents raided a party on Colombia’s Isla de Rosario.

There, as Colombia’s Semana reported, authorities found 25 people under 17 who had been brought to the island to connect with foreigners seeking sexual services. During the arrests, one 11-year-old girl broke down in tears to thank her rescuers—she had been allegedly sold for $1,000 since she was a virgin, according to the U.S. Immigration and Customs Enforcement agency. Eleven Colombians were arrested.

The scale of child sex trafficking in Latin America is difficult to estimate, given the shadowy nature of the crime. Globally, nearly 2 million children are used in the commercial sex trade, according to a 2005 report from the United Nations’ children’s agency, or UNICEF. But the problem appears to be growing in the region, driven in part by better transportation links and the explosion in Internet sex sites. The patterns of child sex trafficking vary by country, but those who work to end the practice agree that more needs to be done to halt the practice.

The majority of those seeking sex from exploited children in Latin America are not tourists but people in their home country. “In places with high concentrations of men like mining areas or fishing regions child sexual exploitation increases,” says Maria Eugenia Villarreal, the director of the Guatemalan office of ECPAT, an international group that works to end child sex trafficking.

Tourism centers are hotspots for child sex trafficking. In many countries, the main source of people seeking sex with children are locals from other parts of the country, experts interviewed for this story say. Still there is a growing international component to the demand. The hotels near the beaches of Varadero, Cuba and the bars of Havana both support a thriving trade in child sex exploitation by Canadian tourists, according to a recent investigation by the Toronto Star and Miami’s El Nuevo Herald. Fueling the trade is the country’s poverty: Cuba’s average salary is just $20 per month.

Though wealthier, the situation is similar in Colombia. Political stability has helped bring a surge of foreign travelers—though not all of them are there just for the beaches. “The number of tourists who come to Colombia and have sex with children has increased in recent years,” says Nelson Rivera Reyes, the deputy director of Renacer, an organization that combats sexual exploitation in the country. He adds: “Unfortunately clients can find girls who are under eight if they want to do so.”

The profile of foreigners who come to Colombia and have sex with exploited children is different than in Cuba.

“The number of tourists who travel with the only purpose of having sex with children is [relatively low],”says Reyes. “They usually come to Colombia because of a business convention.” A street vendor walks next to a banner that reads in Spanish: "No more sexual violence against women, girls and teenagers", during the International Day for the Elimination of Violence against Women in Guatemala City, Nov. 25, 2009. (AP Photo/Moises Castillo)

Those profiting from child sex trafficking are a diverse group. In rare occasions, parents have knowingly sold their daughters to child traffickers, says Reyes. In Central America, child sexual exploitation is often related to other criminal activities. “The presence of drug traffickers in the business of child sexual exploitation has increased in recent years,” says Villareal, of ECPAT’s Guatemala office.

Similarly paramilitaries in Colombia have been involved in child trafficking says Reyes. Yet many of those who profit from the trade are also involved in legitimate enterprises. “In Colombia, the exploiters are usually men who own legal businesses, a nightclub or a bar, and clandestinely exploit the children,” he says. “In some cases they even give the girls fake documents which say they are over-age.”

In addition, taxi drivers and street vendors are often an important link to between children in poor neighborhoods and the child traffickers who would exploit them, according to UNICEF.

It is often women who do the initial recruitment of children in some parts of Latin America, sometimes through fraud and deception. The women are well-dressed and look trustworthy, yet once the children have been lured away they are usually moved to another city to be sexually exploited. “Exploiter women go to the villages and tell families that their children are going to have a higher quality of life if they leave with them,” says Villareal. “[They] offer them highly-paid jobs and convince them to move away.”

The Internet is often used as a recruiting tool as well. In many cases it’s also a means for obtaining pornographic material from the children. “Exploiters talk with the girls through social networks, often using fake profiles, and convince them to pose naked,” says Denisse Araya, director of Raices, an advocacy group that fights child trafficking in Chile. The Trafficking Victims Protection Act of 2000 provided greater protection to victims of human trafficking and sexual exploitation. The U.S. State Department tracks the efforts of other countries as well.

In many cases the child victims come from broken homes. “The victims have a family, but sometimes it would be better if they didn’t,” says Araya. “If the children disappear for one or two months, the families don’t even care.”

Traffickers may exploit the fact that many of the children are starved for affection and attention from the adults in their lives. “The exploiters buy clothes and cell phones for the children and offer them places where they can live freely,” says Reyes, the Colombian expert.

The same strategy is used to keep the children from trying to run away. “[Often] the victims are captivated and manipulated by the affection the exploiters show them,” says Araya.

This helps traffickers as they try to convince the children that what they are doing not bad. “Some victims even stand up for their exploiters after they have been rescued because they are captivated by the fake affection offered them,” says Araya.

Harsher forms of coercion are also common. In many cases, child traffickers take all the identity documents and money the children have, making escape difficult. Where drug traffickers are involved, violence is often threatened. “The exploiters have all the details of the victims families, and they tell them that if they try to escape they will kill all their relatives,” says Villareal, of ECPAT’s Guatemala office. “In some cases we have found that the victims were tortured.”

Geography too is a factor, as the children are often moved to cities where they don’t know anyone save those exploiting them. That makes it difficult to know who to go to for help—particularly in parts of the region where attitudes towards child sex trafficking is more tolerant. “Some people think that if the girl is 15 years old, she knows what she’s doing,” says Araya, of the Chilean group Raices. “So it’s not their problem the exploitation she’s suffering.”