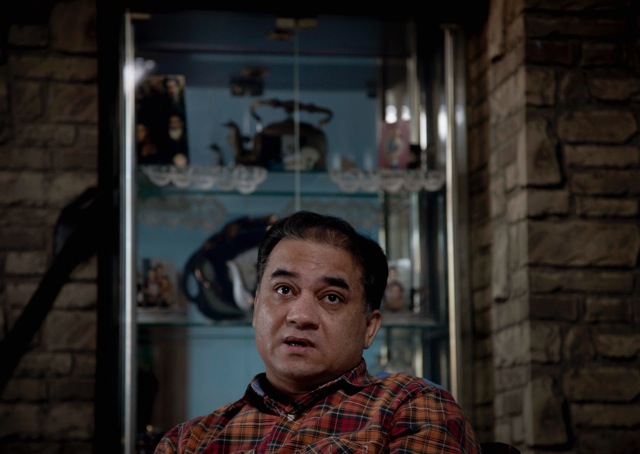 In this Feb. 4, 2013 photo, Ilham Tohti, an outspoken scholar of China's Turkic Uighur ethnic minority, pauses during an interview at his home in Beijing, China. Tohti was set to go on trial on Wednesday, Sept. 17, 2014 on separatism charges in the country's far western region of Xinjiang.

A prominent blogger and scholar from the Uighur region of China was sentenced to life in prison Sept. 23.

A Chinese court convicted Ilham Tohti, a member of China’s mostly Muslim minority population, of advocating for separating from China after a two-day, closed-door trial, according to the New York Times.

Tohti was taken into custody by police from his home in Beijing last January and taken to the western region of Xianjiang for the trial. The court ordered confiscation of all his assets, according to the Committee to Protect Journalists.

"This provides yet another grim reminder of China's repressive and unrelenting approach when it comes to critical or moderate ethnic minority voices,” said Bob Dietz, CPJ Asia Program Coordinator, in a CPJ report. “No journalist should face such severe punishment.”

The Chinese authorities accused Tohti of being critical of China’s treatment of Uighurs. His website, Uighur Online, discussed pressures on the ethnic minority, especially after Uighur separatists were blamed for a violent attack in Beijing.

In court, officials dubbed Tohti  the “ringleader” of a separatist Uighur group of seven students, who have also been detained and are currently awaiting trial, according to the New York Times.