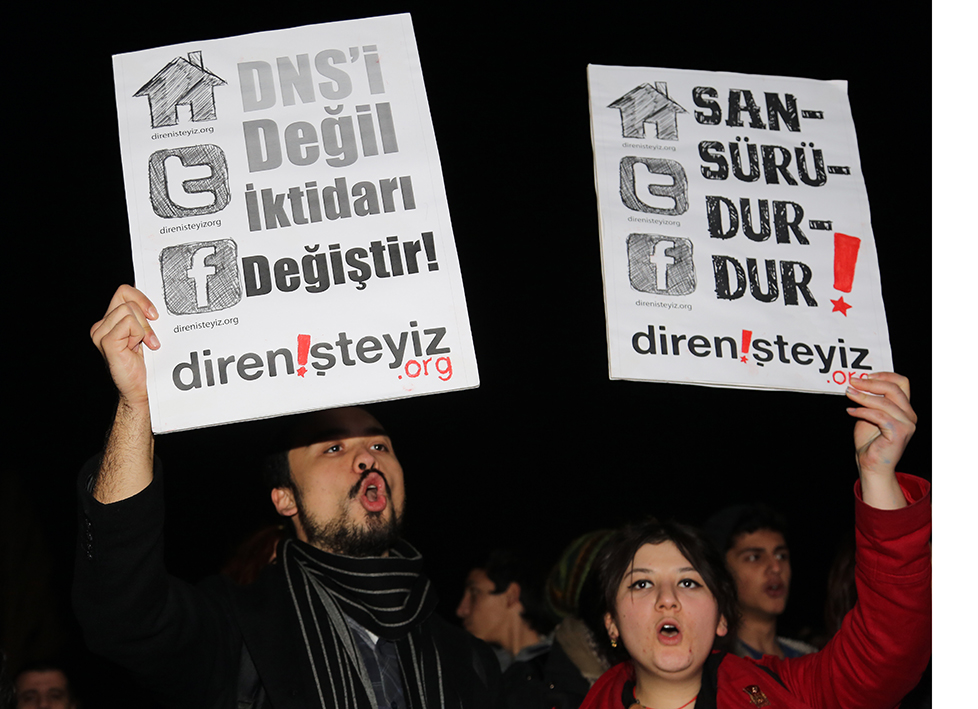 A newly approved Turkish law allows for officials to block any website at any time without a court order.

The first amendment allows officials of the Turkish Telecommunications Directorate to order the closure of any website whenever they deem it necessary for the defense of “national security, the restoration of public order and the prevention of crimes.”

The closure order must be submitted to a court within 24 hours and the court must issue a ruling within 48 hours, according to Human Rights Watch.

Until now, such a measure could only be implemented if the content of a portal constituted an “invasion of privacy” or if it was “discriminatory or insulting,” AFP said.

The second amendment allows the TİB to gather so-called metadata by monitoring Internet users and compiling their connection data, including a list of which websites they visit as well as their email communications. Currently, such data is stored by Internet service providers and made available to the government with a court order, Human Rights Watch said.

“The retention of metadata by the Telecom Directorate is deeply worrying because it gives the body the direct capacity to conduct surveillance on people’s internet use,” said Emma Sinclair-Webb, senior researcher for Turkey for Human Rights Watch, in a statement. “The Turkish government very publicly champions the privacy rights of politicians but doesn’t believe in ordinary people’s right to privacy.”

“The process to present information on specific web traffic data to the court used to take at least a month, which caused a serious delay,” officials were quoted saying in the Turkish newspaper, Hürriyet. “By storing this information at the TIB, this process will be much quicker.”