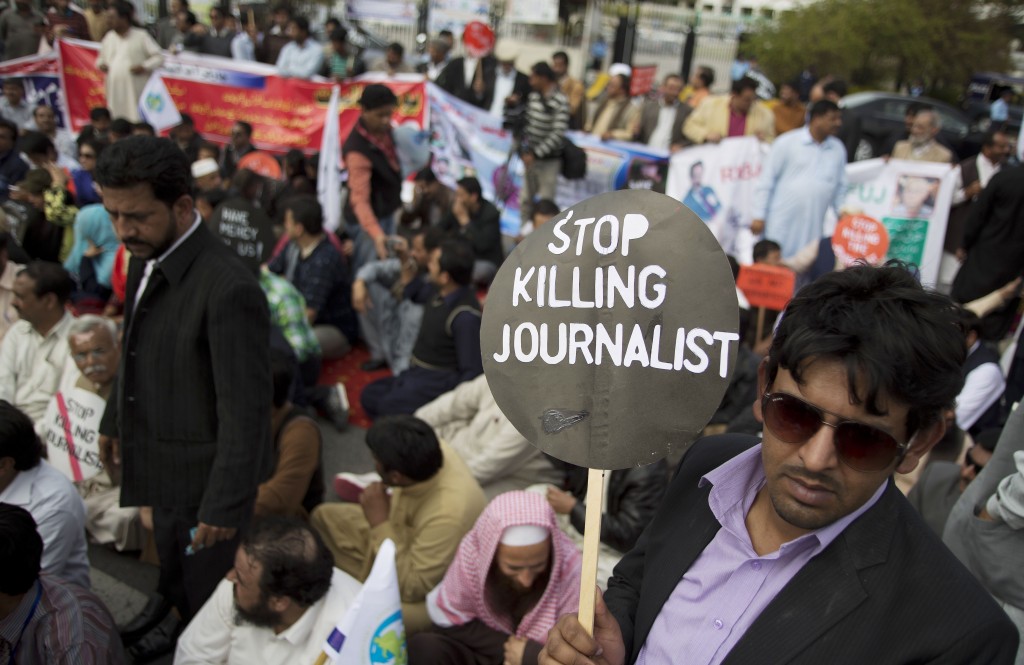 Two journalists and an accountant for a Pakistani news agency were killed in an attack by unidentified gunmen in the northwestern city of Quetta Aug. 28, local news outlets including Pakistan’s Dawn.com reported.

The attack on the offices of Pakistan’s Online International News Network killed Irshad Mastoi, an assignment editor; Rasool Khattak, a reporter; and Mohammed Younis an accountant for the media company, according to the Pakistan Press Foundation.

Mastoi played a prominent role in the region’s media. He was the head of Balochistan Union of Journalists, an influential press body in a region of Pakistan that is home to a long-simmering separatist movement. Mastoi had written for several media companies, including the Express Tribune website.

A government official, quoted anonymously by the Daily Times of Pakistan, said that “it was a targeted attack and the target was these journalists”.

More than a dozen journalists have been killed in Balochistan since 2008, according to the Committee to Protect Journalists. The region has been dubbed “one of the world’s most dangerous places” by Human Rights Watch.

Local press groups including the Pakistan Federal Union of Journalists called for the arrest of those found to be responsible.