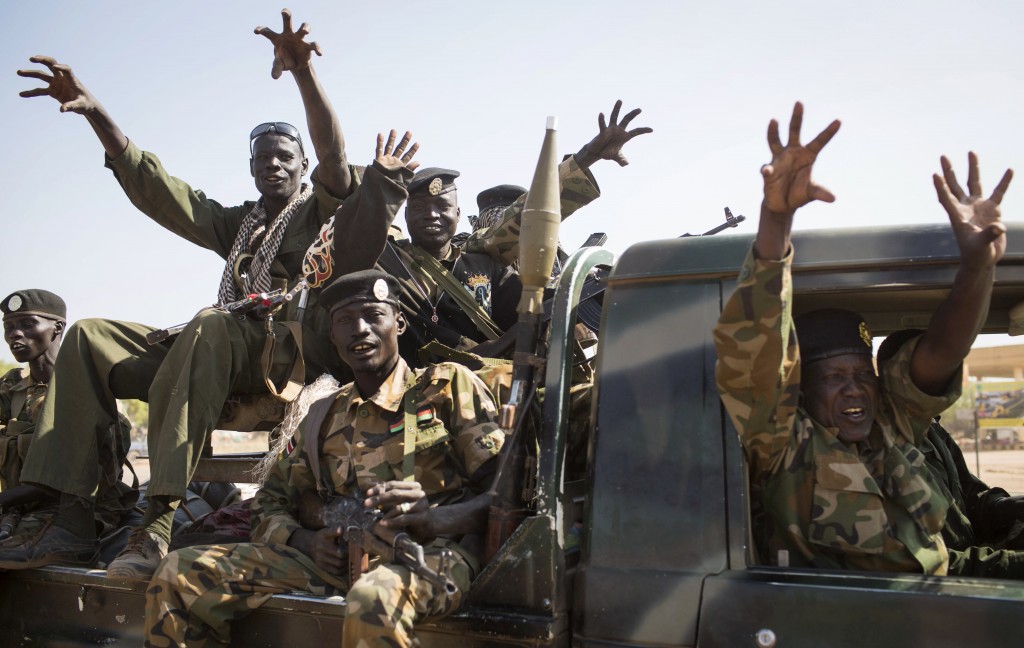 "My sister and my brothers, I do not know where they are. They are still in South Sudan but I don’t know whether they are dead or they are alive."

Bonifacio Taban’s career in journalism was suspended in January after just seven years when he fled from his native South Sudan to neighboring Uganda.

During his time as a journalist, South Sudan gained its independence after decades of civil war with Sudan’s government in Khartoum. But independence in 2011 did not bring peace to South Sudan, nor has it brought an end to efforts to violently suppress critical voices in the media. Taban, 28, reported mainly from what is now South Sudan’s Unity State, home to a share of the oil reserves that help fund the government of one of the world’s poorest nations. After graduating from journalism school in Kenya in 2007, he returned home to work for outlets including the Voice of America, the news portal Sudan Tribune and local FM radio. In 2010, Taban was arrested while covering protests ahead of elections in the Unity State capital of Bentiu and held for 13 days. While in prison, he says he was beaten and interrogated before being released without charge.

Taban was again detained in 2012 by South Sudan’s military, largely comprised of fighters from the former rebel group known as the Sudan People’s Liberation Army. The arrest came after he reported that the SPLA had failed to pay promised compensation to the widows of deceased soldiers. Army officers were also reportedly angered about a separate report by Taban that the SPLA had burned homes and killed civilians in 2011 during clashes with a separate group in Unity State.

In July of 2013, he was again detained while reporting reactions to the dissolution of Unity State’s government by South Sudan’s central government. That move presaged the country’s latest spasm of violence—the ongoing conflict between the Nuer, the largest ethnic group in Unity State, and the Dinka-dominated SPLA. That conflict spilled into the open when Nuer and Dinka members of President Salva Kiir’s presidential guard battled each other in December 2013—setting off an ethnic conflict that has driven 450,000 people from their homes, including Taban, a Nuer.

Taban spoke with Global Journalist’s Danielle Dieterich about reporting in a country convulsed by conflict, his clandestine flight out of the country, and his prospects in a new land. Global Journalist: What kind of pressure did you face from the SPLA and the government of South Sudan as a reporter?

Taban: The government began building up hatred for me and my work and I [was] arrested in 2010 after the elections.

In 2012, one of the articles I published was about the ill-treatment of the widows of the SPLA [soldiers]. They arrested me in the military barracks… The two Sudans, they were at war in bordering areas including the border of Unity State. So in that fighting I found myself in trouble with the SPLA general. They threatened me, they wanted to kill me and they tortured me. They put me in jail for some days. It was the call from the human rights activists from South Sudan and also the United Nations human rights departments and also some good friends from Amnesty International ….they [were] able to convince the government that they should not arrest [journalists] whenever they are doing their duties. A man carrying his belongings stands amongst the remains of buildings destroyed by fighting, after government forces on retook the provincial capital of Bentiu, in Unity State, South Sudan, Jan. 12, 2014. (AP Photo/Mackenzie Knowles-Coursin)

Global Journalist: What incident led you to decide to leave?

Taban: I faced the problems until in 2013 in December whereby there was this fighting between[Dinka and Nuer members of] the SPLA presidential guard in [South Sudan’s capital] Juba....They knew my work from before, that I always monitored all these issues of human rights violations and torture of civilians and all of this. After that I [began] facing some threat[s] from the government…They called me, they texted me.

…So this is how I began quitting from South Sudan and running to the neighboring country Uganda….I ran by myself and then I was joined by my children. I have three children. All of them, they came to Uganda… My relatives: my sister and my brothers, I do not know where they are. They are still in South Sudan but I don’t know whether they are dead or they are alive. You know the war has been hitting my area, where my family is from. I don’t know where they are now, I lost contact with them.

Global Journalist: What was the process of leaving the country like?

Taban: I had trouble sneaking into the UN [compound in Unity State]. You know, they were looking for me. I was really in danger and they facilitated my flight to Juba whereby I wasn’t even put on their manifest, they just put me inside [the plane]…After I landed there I spent the day in the UN camp and then at night I escaped…I went to where people travel to Uganda….When I reached the border…I did not even use my passport. A good friend of mine went and began preparing temporary travel documents. He put my name using my grandfather’s name [and] he managed to get a traveling document for me…then we met at the border of Uganda. It took me two days to get into Kampala [Uganda], where I stay now.

Global Journalist: What is life like as a refugee in Uganda?

Taban: It is not easy to be in a foreign country. When I was in South Sudan I was doing my work, I was able to get money. But when I reached Uganda I have to be keeping silent so there’s no way I can work in Uganda.

…Secondly, my children were going to school and now they can’t go to school because I don’t have enough money to pay for it in Uganda…We are here for our safety but there’s no way we can be staying in Uganda….I’m praying that me and my children may be also finding a way to get out of Uganda….So it’s really a big problem for me to stay. I feel insecure living in Uganda, I still receive some threats.