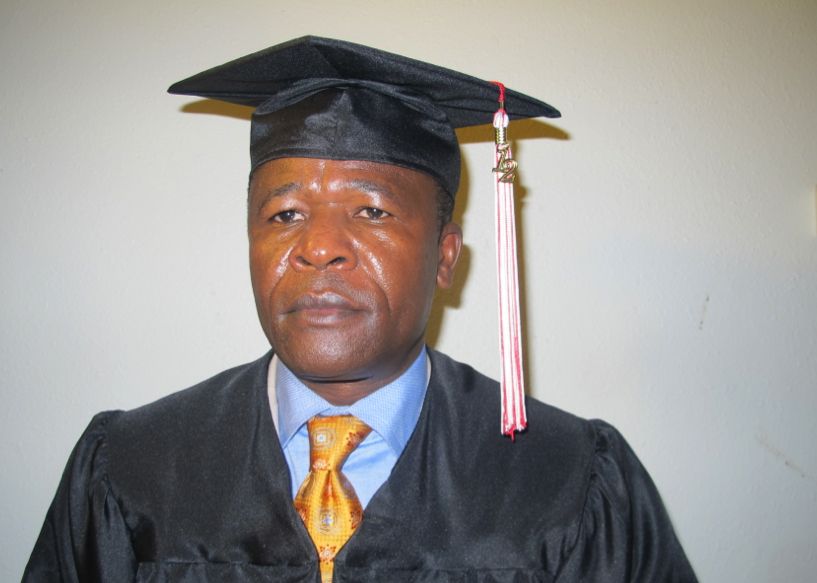 "I would always have nightmares, even when I’m walking in the street, like the police are getting me or something like that."

Peter Makori never thought he’d leave his native land. Even after years of problems working as a journalist in Kenya, he remained resilient.

Between 1994 and 2004, Makori was detained eight times for stories he wrote for both Kenyan and international news outlets, including the Associated Press and the BBC. At one point, he spent 11 months in the country's notorious Kodiaga prison. Even after his release, life wasn't easy. "Attempts had been made on my life many times and I was living like a rabbit," he says.

Only in 2006 did things begin to change after the Committee to Protect Journalists, a New York-based press freedom group, learned about Makori’s travails. A researcher for CPJ named Elisabeth Witchel encouraged Makori to apply for a six-month fellowship to the United States with the Alfred Friendly Press Partners. That fellowship got Makori out of Kenya for a stint working at the Kansas City Star. Makori had intended to return to Kenya after the fellowship, until he took a trip back to Kenya during the fellowship for a hearing in a human rights case he had filed against members of the government. There Makori says he learned that witnesses in his trial had been killed, and it was clear his life would would be in danger if he came back to Kenya to live.

Since then, Makori has successfully won asylum in the U.S., and has gone back to school. Today, he is studying for his master's degree in public administration at the University of Missouri-Kansas City. He's returned to Kenya to visit his ailing mother. But Makori says the trip was cut short after a top government official warned him of a plan to kill him. Here, he speaks with Global Journalist's Matthew Zuzolo. Journalists march in the streets of the Kenyan capital Nairobi to protest proposed restrictions on media, Dec.3, 2013. (AP Photo/Sayyid Azim)

Global Journalist: What was it like to work as a journalist in Kenya while you were there?

Makori: You can call it a little tough. Kenya, like many societies that are transitioning to democracy, has quite a big share of its administrative and democratic problems. In most cases, I investigated corruption and maladministration and people didn’t seem to like this. And so I started being arrested as early as 1994.

In 2003 I was investigating and reporting on extrajudicial killings and the police didn’t like it. They arrested and charged me, they were mad that I was investigating. This was not good because I was subject to very vicious violence. They beat me up and threatened to shoot me dead. I was taken into a forested land and I was told to say my last prayers.

And of course I said my last prayers and I waited for them to shoot me because their guns were drawn. Then they tormented me and told me I had tarnished the name of the police in the past and it was their time to get back to me. In other words it was pay[back] time to me. Of course I was very much scared, I had been injured very seriously on my feet and my right foot was fractured and my left was terribly injured. My left thumb was broken. I think I was in a terrible mess. Even if they did anything, there was nothing I could have done. I couldn’t fight back, I couldn’t run away. I couldn’t do anything because I couldn’t walk or stand on my own. In 2003, Makori was badly beaten by police who dumped him along the banks of Lake Victoria. He was later taken to the western city of Kisii to face trumped-up charges. Map credit: Wikipedia/Acntx

So they took me to a police station on the banks of Lake Victoria, which was infested with...human feces, urine and all that. And they dumped me there. For 10 or 12 days without food...or anything I was there. And then they came and picked me up and took me to Kisii [a city in western Kenya] court where I was charged with allegedly participating in killing of a government administrator in that region.

GJ: As a journalist in Kenya, what pressures were considered normal and important to keep in mind when reporting?

Makori: My biggest threat was the police and the government administration. You have to understand the political dynamics in most African countries operate in such a way that government is considered an entity that you cannot question.

If you found a journalist who questions some of the excesses they engage in, you are bound to be in trouble. So that is exactly the kind of life I lived. In fact, I became paranoid...I would always have nightmares, even when I’m walking in the street, like the police are getting me or something like that. So those are the biggest worries that made me find myself in constant problems with the authorities.

GJ: How did you finally leave Kenya?

Makori: Coming to America is a very challenging process. I never thought that I would leave Kenya. Even after I came out of custody, after spending close to 11 months in one of the most notorious prisons in Africa, I always believed that I had a duty to work for the common good. This, coming to America, happened by accident. Elisabeth Witchel, who was in charge of African affairs at Committee to Protect Journalists, recommended that I apply to the Alfred Friendly Press fellowship to come and participate in a six month journalism program with an American newspaper. I did the application and I never expected I would be selected. Remember, at the time I was doing the application, I was under constant pressure because there was a calculated move to have me executed, even after I came from prison in 2004. The reason why I went to prison was to silence me and subject me to hostile prison conditions so that I [would] lose my life. So when that did not happen, the authorities were determined to get me. Attempts had been made on my life many times and I was living like a rabbit.  I had a discussion with Amnesty International and we were trying to look for a way to sneak me out of country to either live in South Africa or Europe. This didn't work because of certain logistical problems.

...And so I came here [with the Alfred Friendly program] absolutely not even expecting that I was going to stay. But it became apparent that [when] I went back in 2006 to give evidence against the government of Kenya in the case, which I had filed in a human rights tribunal in Kenya. There was evidence of a decision by people in authorities to kill me, because some of my witnesses had been killed and the trial didn’t proceed very well. So there were problems. And so when I came back, I had to make a decision to not return to the country, and so I stayed here.

GJ: What do you think your future will look like? Will you return to Kenya?

Makori:  The political situation in Kenya has continued to deteriorate. We thought that with the new constitution, which was promulgated in 2010, that there was going to be more public accountability, but what we’ve been reading is quite appalling. Top officials are corrupt; the essence of promoting justice is basically not one of the top priorities. So I think I would be much more safe in America than I would be in Kenya.