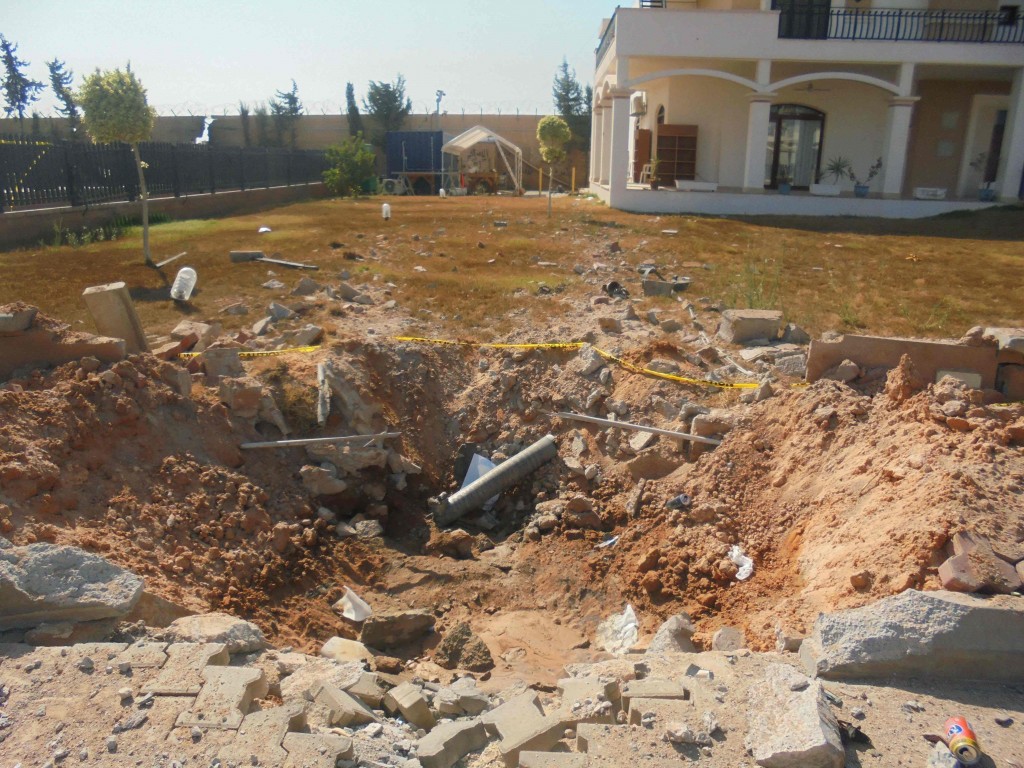 On Aug. 24, Al-Assema TV’s offices in the capital Tripoli were raided and set on fire, the channel reported on its Facebook page. Three journalists and media workers for the station were reported kidnapped Aug. 25 from locations around Tripoli and Benghazi, the Committee to Protect Journalists said, citing the Libya International Channel. They were identified as Hossam Mari, an Egyptian communication engineer, Saad Zaqup, an Egyptian editor, and Tariq al-Drissi, a Libyan graphic designer.

The network posted video of damage to its newsroom on Twitter.

The Libya International Channel, or Al-Dawliya, was itself attacked Aug. 25, according to Paris-based Reporters Without Borders. The satellite network, known for its support of the anti-Islamist National Forces Alliance party, was attacked by members of the Islamist group Dawn of Libya.

Dawn of Libya seized control of Tripoli in late August in the latest surge in violence in the North African country since rebels ousted dictator Moammar Gadhafi three years ago. The group took control of the U.S. embassy compound in the city Aug. 31, according to the Associated Press.