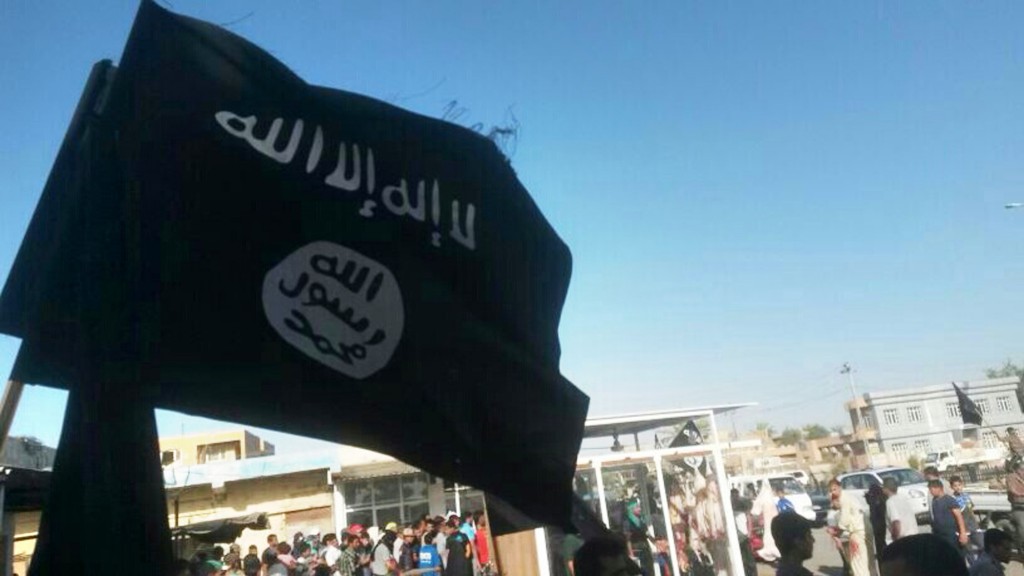 In this Monday, June 30, 2014 photo, militants from the al-Qaida-inspired Islamic State of Iraq and the Levant (ISIL) celebrate the group's declaration of an Islamic state, in Fallujah, 40 miles (65 kilometers) west of Baghdad, Iraq. The militant extremist group's unilateral declaration of an Islamic state is threatening to undermine its already-tenuous alliance with other Sunnis who helped it overrun much of northern and western Iraq. (AP Photo)

A journalist in Kosovo has been accused of apostasy and threatened with beheading after writing about outside militant groups recruiting Kosovar Muslims to fight in the Middle East. A map that shows Kosovo in relation to the rest of Europe. Map credit: Wikipedia / Maplab

Visar Duriqi, a journalist from The Balkan Investigative Reporting Network and news portal Express, told Agence France-Presse he had received death threats through Facebook. Duriqi urged Kosovo’s government to provide him protection as a precautionary measure until those who are behind the threats are brought to justice.

Kosovo is a secular state with a relatively moderate Islamic tradition. Duriqi had reported on radical groups that are trying to convince young Kosovars to fight with Islamist militants. Kosovo police arrested 40 citizens suspected of involvement with terrorism in Syria and Iraq on Aug. 11.

At the end of July, a Kosovo man who was fighting alongside rebels in Syria, Lavdrim Muhaxheri, posted a picture on his Facebook page in which he was beheading a Syrian soldier. Duriqi investigated Muhaxheri’s career and on June 27, before the publication of the image, he published a report that uncovered Muhaxheri’s leadership in radical groups close to al-Qaida and the Islamic State in the Levant, or ISIL.

In another one of his articles, Duriqi explained the role Muhaxheri played in a Kosovar organization called the Muslim Youth Forum: “His position was Emir- leader of the military organization” As a result of the investigation, the MYF accused Duriqi of apostasy Aug. 15. In Islamic law, apostasy is punishable by death.

Reporters Without Borders has already asked Kosovar officials to react: “The government must provide him with police protection, and we have written to interior minister Bajram Rexhepi to request this”, RWB secretary-general Christophe Deloire announced Sept. 3.