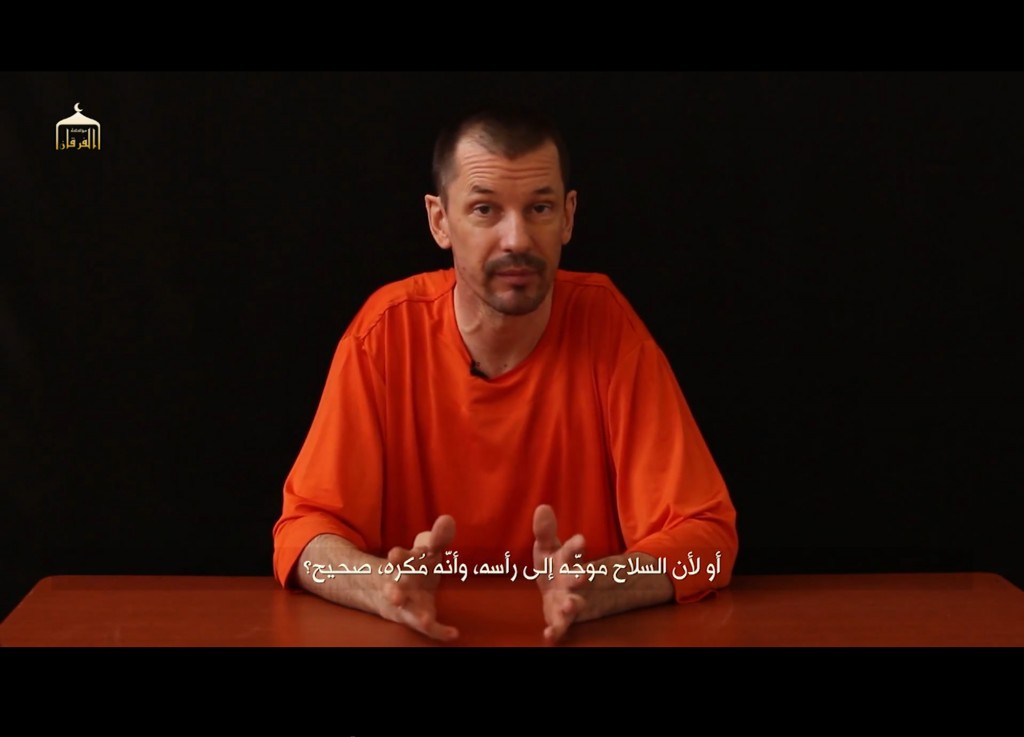 Unlike other videos featuring Western journalists released by the Islamic State in the Levant (ISIL), British photographer John Cantlie was the only person on screen as he spoke.

Released Sept. 18, the video shows Cantlie, who was captured by ISIL in November 2012, addressing people in the West about how the media portrays the Islamist militant group.

"I'm going to show you the truth as the Western media tries to drag the public back to the abyss of another war with the Islamic State," said Cantlie in the video. He went on to say that the film would be one of several to be released by the group that would explain its philosophy, and criticized the United States and the United Kingdom for refusing to pay ransoms for prisoners, as some European nations have done.

This is the second time Cantlie has been imprisoned. The photographer, who worked for publications including Esquire and the British newspaper the Sunday Telegraph, was first captured by militants in July 2012 and held for a week before he escaped with the help of the Free Syrian Army, a rival militant group, the BBC reported. After a brief stay in the United Kingdom, he returned to Syria in November 2012 to cover the ongoing war and was again captured, this time by ISIL.

Two U.S. journalists and a British aid worker have been executed in videos released by the group, following online videos warning of their deaths. All three read statements condemning their respective governments before being beheaded. Cantlie's video differs from the those in that it does not show the prisoner being threatened with imminent death.