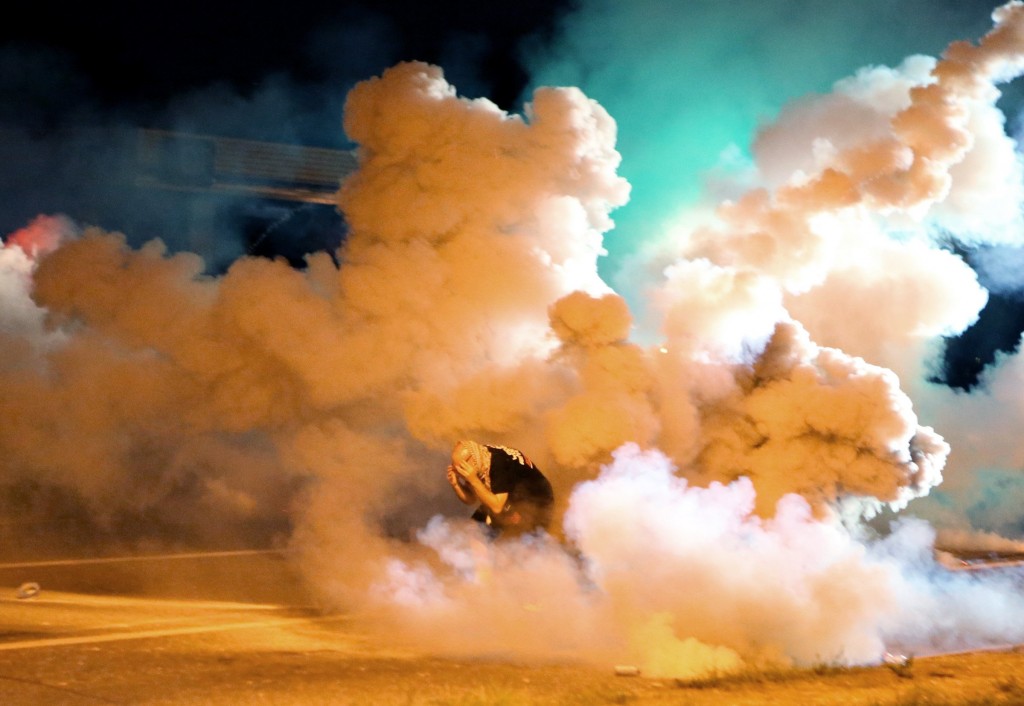 Two reporters were arrested Aug. 13 by police in Ferguson, Mo. amidst continuing protests over the shooting of an unarmed teenager by a police officer in the St. Louis suburb.

Wesley Lowery of the Washington Post and Ryan Reilly of the Huffington Post were in a McDonald’s restaurant when police arrived, asked for their identification, and then told them to leave, according to accounts published by the two news organizations.

Lowery said that he started recording the incident with his phone, which angered the police officers. Lowery said he was slammed into a soda machine by police and both journalists were handcuffed and taken to the Ferguson Police Department. After less than a half an hour the reporters were released.

"Got no explanation at any point why in custody other than 'trespassing' - at a McDonald's where we were customers," Lowery tweeted.

Hufftington Post issued a statement that reads: “Ryan, who has reported multiple times from Guantanamo Bay, said that the police resembled soldiers more than officers, and treated those inside McDonald’s as “enemy combatants.”

Local television KSDK reported that its photojournalist was hit with a “bean bag round” when he was recording a police officer detaining an individual in the area close to the main protest spot. Just minutes after this incident a tear gas canister fired by police hit an Al Jazeera America crew.

As journalists report difficulties covering the clashes between demonstrators and law enforcement on the ground, there have been complaints about efforts to block the media from covering the protests from the air.

On Aug. 12, the Federal Administration Association banned non-emergency aircraft over Ferguson until August 18. Brian Shellman, a spokesman for the St. Louis County Police department, told reporters that the ban is necessary “for safety” after a police fire came under fire Aug. 11, the website Mashable reported.

The moves against the press drew criticism from President Barack Obama on Aug. 14. "“Here in the United States of America, police should not be bullying or arresting journalists who are just trying to do their jobs and report to the American people on what they see on the ground," said Obama, in a press conference in Massachusetts.