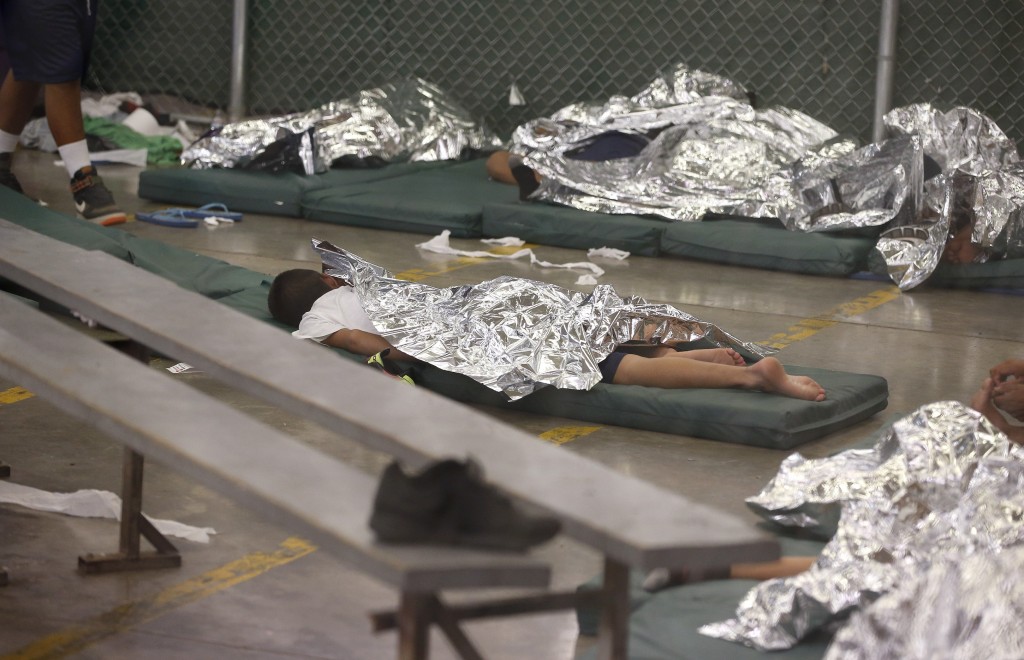 President Obama has put a price on the costs of the wave of child immigrants arriving at the U.S.’s southern border. On July 8, he asked Congress for $3.7 billion to pay for costs including air surveillance, additional immigration judges and lawyers and transport to bring immigrants back to Central America.

The number of unaccompanied children migrating to the U.S. has doubled this year and is expected to hit 87,000, according to Vox, an online news site. The source of much of the immigrants is El Salvador, Guatemala and Honduras, where violence and poverty have led parents to allow their children to make the dangerous trek north through Mexico.

They’re coming based on the belief that U.S. immigration law will allow unaccompanied minors to stay in the country once they reach the border. Many believe that the “permisos” that they are given when they arrive will allow the children to live and work legally in the U.S. Yet these permisos are actually a notice to appear in an immigration court—not a work permit.

"There is this disinformation that there are these permisosthat give immigrant children freedom to live in the U.S. legally,” Jeh Johnson, the Secretary of Homeland Security, told a Congressional panel last month. “That is not the case. When someone is apprehended in the border, no matter the age, becomes a priority to be deported." Criminal gangs are taking advantage of this confusion for financial gain. To do so, they’re distorting information about a program implemented by the Obama administration in June 2012. Obama’s Deferred Action of Childhood Arrivals (DACA) initiative allows children who have lived in the U.S. since 2007 to receive temporary authorization to receive a work permit and live legally in the country. But Johnson said this law doesn't apply to children who have just arrived in the U.S.

Republicans blame DACA’s ambiguity for the current humanitarian crisis, and have been pressing the president to respond more forcefully to the growing numbers of children arriving at the border. A spokesman for House Speaker John Boehner told the New York Times that House Republicans would review the proposal but were concerned that it did not propose deploying troops from the National Guard to the border.

Obama said last month that if Congress doesn't approve his request, he will use his executive powers and carry out an order in council to "fix the immigration problem," a proposal criticized by Republicans, Voice of America reports.

Secretary of State John Kerry recently visited Panama to attend the inauguration of President Juan Carlos Varela Rodríguez.  On his visit, Kerry met with presidents of El Salvador, Guatemala and Honduras to negotiate possible solutions to the crisis, according to Reuters.

"The lives of children cannot be put at risk this way," Kerry said.

Kerry stressed in his visit to Panama that undocumented children will be deported without exception, and Obama has send out a formal request to the parents of Central American children not to send their children to the U.S., according to Voice of America. immigrants who entered the U.S. illegally stand in line for tickets at the bus station after they were released from a U.S. Customs and Border Protection processing facility in McAllen, Texas, June 20, 2014. (AP Photo/Eric Gay)

Honduras, El Salvador and Guatemala have some of the highest murder rates in the world, according to the United Nations’ Global Study on Homicide. To counter this and other factors driving the child migration wave, the Obama administration is trying to tell parents’ in Central America that the voyage to the U.S. may be riskier for their children than staying home.

“It is dangerous to send a child on the long journey from Central America to the United States,” Johnson said, in his testimony last month. “The criminal smuggling networks that you pay to deliver your child to the United States have no regard for his or her safety and well-being – to them, your child is a commodity to be exchanged for a payment. In the hands of smugglers, many children are traumatized and psychologically abused by their journey, or worse, beaten, starved, sexually assaulted or sold into the sex trade.”