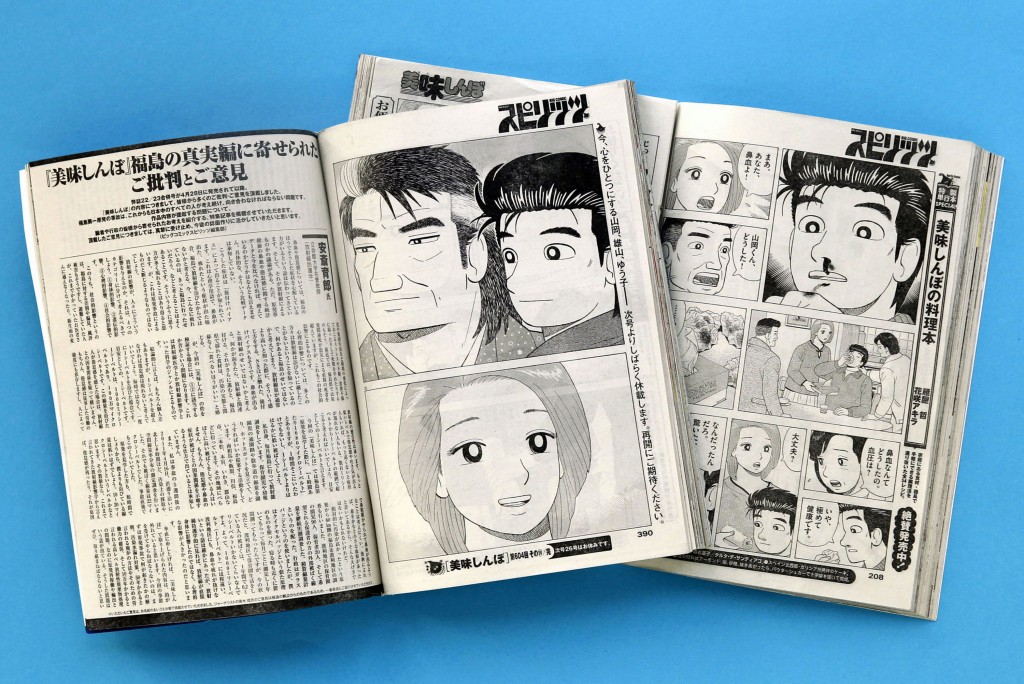 In Japan, the most accurate way to find out what’s really happening at the contaminated Fukushima nuclear plant may not be newspaper, television or radio. It could be a comic book.

Mainstream Japanese media has shied away from investigating the fallout from Fukushima’s 2011 tsunami-induced meltdown. Instead, the country’s mainstream press has published updated from the Tokyo Electric Power Company (TEPCO), the company responsible for the Fukushima plant, and the Japanese government. In Japan’s rigid media environment doing otherwise would risk alienating officials and cutting off access to government sources.

Manga authors have helped fill this information gap, publishing stories from Fukushima and doing a comic-book version of investigative reporting.

Manga, traditional Japanese publications that use animated images words to tell a story, have covered everything from children’s stories to historical biographies. In Japan, manga are akin to the novel in the breadth and depth of its subject matter.

“Theres a lot of really important, significant writing that is done in manga in Japan,” says Adam Kern, a professor at the University of Wisconsin who researches manga. “While school children and boys and girls and a bunch of young readers read manga, it also reaches people who are middle aged and even older.”

Kern says manga have been used to tell autobiographical stories from World War II, to examine the potential for a nuclear holocaust and to discuss environmental disasters.

Fukushima fits the bill. On March 11, 2011, three of the six nuclear reactors at the Fukushima nuclear power plant failed following an earthquake and subsequent tsunami. Around 1,600 people died during the evacuation as over 300,000 people fled their homes surrounding the plant. Causes of death include illness following hospital closures, fatigue due to conditions in refugee camps and suicide, but many are still displaced. More than three years later, the plant is spewing 300 tons of contaminated water into the ocean despite ongoing cleanup efforts. While the Japanese government insists the cleanup has been successful, many outside groups have criticized the reliability of its information.

Over 30 manga related to Fukushima have been published in Japan, many of which have been met with government backlash. Some of the manga are anti-nuclear polemics, with titles like “Fighting the Nuclear Demon.” Others take a more journalistic approach..

The recently published “Ichi-Efu” is an investigation into the ongoing clean up process at Fukushima. The author, Kazuto Tatsuta, decided to work at the plant in order to understand and report on inside operations.

“His outsider stance made this manga possible,” Kern said. “He reports in a way that is really critical of the mainstream media in Japan.”

Tatsuta described how plant workers could be fired for talking to reporters about the site. In another instance, “Ichi-Efu” described how a plant worker died of cardiac arrest on the job. The Japanese media did report the heart attack, but falsely reported that he survived.. As for Tatsuta, he told the Associated Press he was forced to quit working at the plant after reaching the maximum annual radiation exposure.

“Ichi-Efu” has faced criticism from all sides, with the Japanese government and TEPCO accusing the manga of being too harsh, and anti-nuclear advocates saying it doesn’t go far enough.

Kern says that by moderating its criticism, “Ichi-Efu” may have avoided censorship.

“My take is that in the context of the Japanese media, you cannot be too critical,” Kern says. “Otherwise, you’re going to get censored and shut down, or worse.”
In Japanese media, it’s crucial to couch criticism in a broader discussion of issues rather than to be directly outspoken.

“Oishinbo,” a manga focusing on gourmet food, came under fire after publishing a series on food safety and Fukushima. The manga examined whether crops or fish near the plant could be contaminated. The manga also depicts a journalist investigating Fukushima suffering nosebleeds as a result of radiation exposure.

“The Japanese take cuisine seriously,” Kern says. “This manga is a serious manga on cuisine. Of course the Japanese are concerned about what you can and can’t eat from the Fukushima area.”

According to James Corbett, founder and operator of a website devoted to coverage of Fukushima, the government pressure not to investigate contamination is expected.

“Some journalists have been fired for raising the nuclear issue in their broadcasts or are being told not to discuss it,” Corbett says. “This is a problem for the journalists who are trying to stand up and do this reporting.”

For manga authors, covering Fukushima will remain an integral part of accurately documenting, criticizing and sharing stories about life in Japan.

“You can read about the Fukushima coverage not as a new phenomenon, but as part of a tradition in Japan of using manga to address really, really serious topics that obviously are of philosophical or even existential significance,” Kern says.