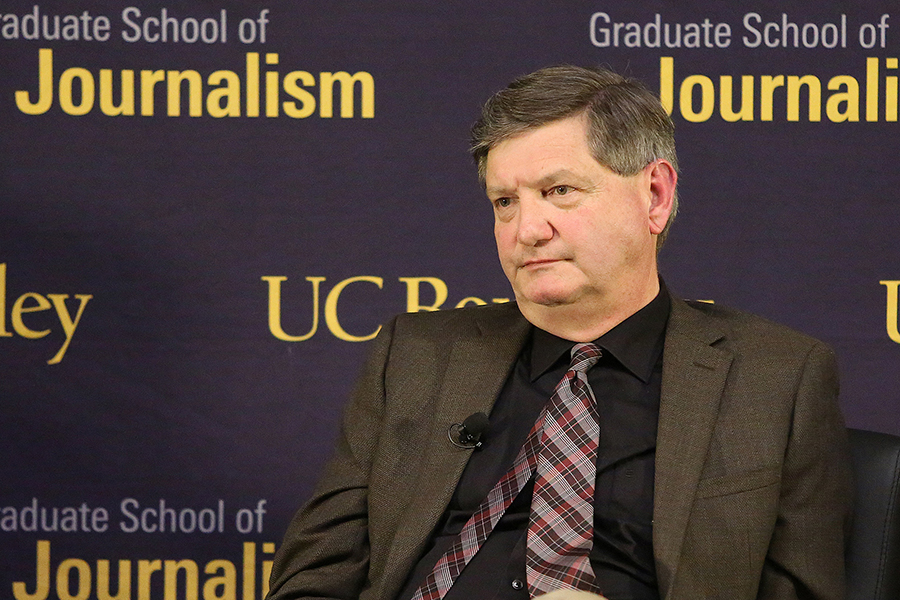 A New York Times reporter who has refused to identify a confidential source to the Justice Department faces jail time after the U.S. Supreme Court rejected his appeal.

James Risen, a two-time Pulitzer Prize winning national security reporter, is defying a subpoena to disclose the identity of the source for a chapter from his 2006 book “State of War.”

On June 2, the High Court rejected Risen’s appeal for the right to protect his sources and sided with the Justice Department in its attempt to force him to testify in the case of the United States v. Jeffrey Sterling. The order lets stand an appellate ruling ordering Risen to testify in the case.

The defendant in the case is a former CIA officer accused of leaking classified documents to Risen about a CIA effort to sabotage Iran’s nuclear program by providing it with flawed blueprints. The Justice Department has sought Risen’s testimony can confirm Sterling as the source of classified documents and exposing the identity of human assets, according to the Post.

Sterling was first charged in 2010 after being fired from the CIA, which Sterling, an African-American, had previously sued for racial discrimination. The program about which he is charged with disclosing information was called Operation Merlin—a botched attempt at sabotaging Iran’s nuclear program during the Clinton administration. Merlin was to be the subject of part of Sterling’s memoir. After being rejected by CIA censors, Sterling allegedly began leaking documents on the program to Risen.

Details of the failed plan became part of Risen’s book. Since its publication in 2006, Sterling been targeted by the DOJ as the key witness in the case against Sterling.

After the High Court issued its order rejecting his appeal, Risen said he will continue to refuse to testify in the case, the Times reported. The Justice Department may now seek to have Risen jailed for refusing to comply with the subpoena to testify. On May 27, Attorney General Eric Holder suggested U.S. prosecutors may decide not to have Risen jailed – telling a group of reporters “As long as I’m attorney general, no reporter will go to jail for doing his job,” according to the Washington Post.

This case is part of the Obama Administration’s unprecedented targeting of whistleblowers and leaks. With eight criminal cases since 2009, the Obama administration’s efforts to pursue leaks under the 1917 Espionage Act more than doubles the three cases brought under all previous presidents combined, according to the Committee to Protect Journalists.