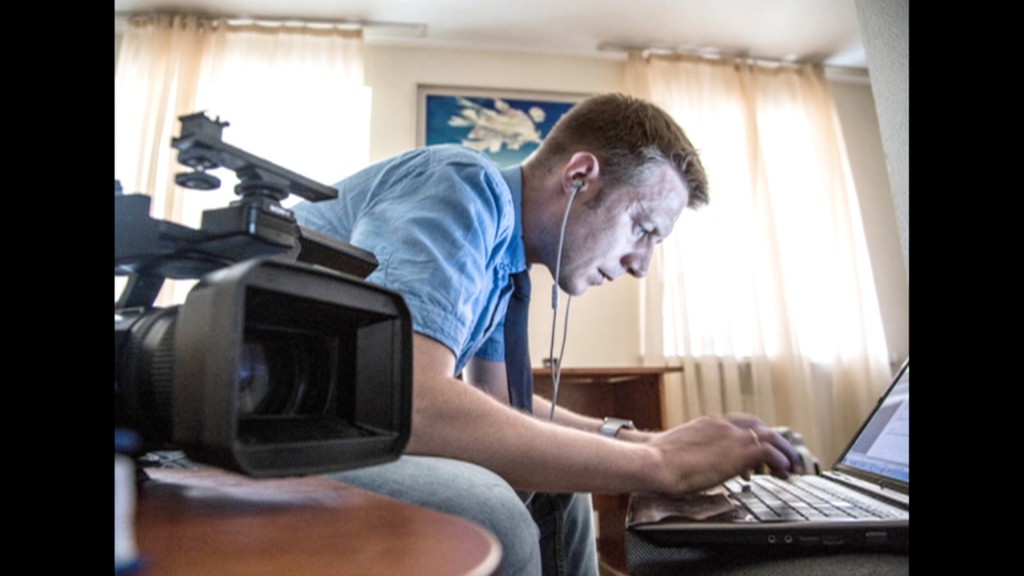 A taxi driver who took the journalists to the scene told Russian media the incident happened next to a pro-Russian militants’ security checkpoint outside of Lugansk. He said the reporters asked militants to take them closer to where the fighting was happening so they could film it. Moments later, a shell fell right in the middle of the group, the driver recalled. He added that the journalists were not wearing anything other than badges that could identify them as press.

Russian Prime Minister Dmitry Medvedev said the Ukrainian government should be held responsible for the deaths of the journalists, Russia’s Pravda newspaper reported.

“There are people who are guilty of this tragedy,” Medvedev said in a statement. “Those who call themselves the authorities are responsible for the situation in neighboring Ukraine.”

Ukraine’s U.N. ambassador Yuriy Sergeyev said Ukrainian President Petro Poroshenko ordered an investigation of the circumstances of Russian journalists’ deaths. He also explained that a group of “terrorists” had initiated the fight by attacking Ukrainian security forces near Luhansk, according to USA Today.

The deaths Kornelyuk and Voloshin raise the number of journalists killed in connection to their work in Ukraine to five this year. Italian photographer Andrea Rocchelli and his Russian fixer and prominent human rights activist Andrei Mironov were killed by a mortar shell near Sloviansk on May 24. Three months before that, on Feb. 19 a Ukrainian newspaper reporter was gunned down in Kiev while covering the protests in Maidan Square. Kidnappings and detentions of journalists have also been common since armed conflict between Ukraine’s government and pro-Russian rebels began in April.