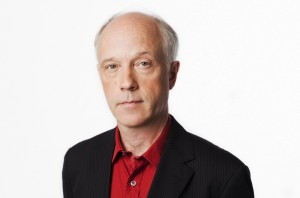 In this file photo dated Aug. 20, 2013 and made available by Swedish Radio on Tuesday March 11, 2014, Swedish journalist Nils Horner is photographed in Stockholm. The Swedish journalist was shot to death while he was talking to a translator Tuesday on a street in Kabul, according to officials and witnesses. Nils Horner, 51, who also had British citizenship, had worked for Swedish Radio SR since 2001 as a foreign correspondent mostly in Asia and the Middle East, including Afghanistan and Baghdad. The motive was unclear. (AP Photo/Mattias Ahlm, Swedish Radio) SWEDEN OUT