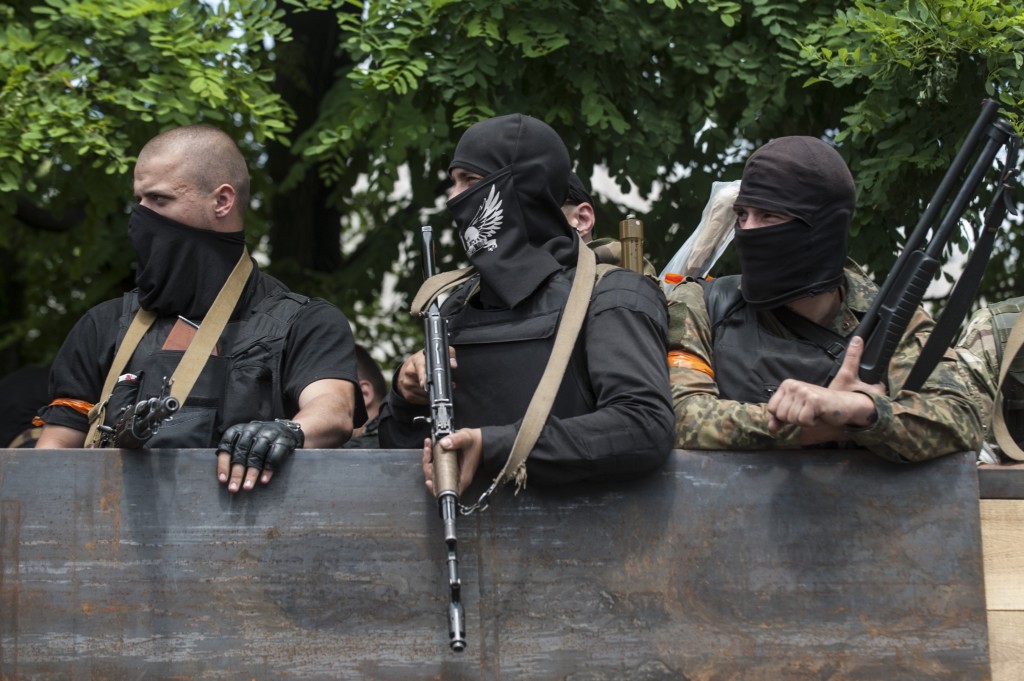 Three Ukrainian journalists were detained by pro-Russian rebels in the eastern city of Donetsk in an effort to persuade them to report on the insurgency more favorably.

A group of armed men deteined Alexander Bryzh, editor-in-chief of Donbass newspaper; Andrey Krivtsun, a Donbass reporter; and Leonid Lapa, editor-in-chief of the Vecherniy Donetsk newspaper June 2, according to the Organization for Security and Cooperation in Europe. They were threatened to change the editorial policy of their publications and released shortly afterwards.

The detentions are part of a trend of violence against journalists by both pro-Russian rebels and the Ukrainian government.

The same day the newspaper journalists were detained, Sergey Mokrushin and Vladlen Melnykov of the Centre for Journalistic Investigations, an online Ukrainian publication, were captured in the eastern city of Simferopol by pro-Russian rebels. They were tortured for several hours and taken to a police station before being released without charge the OSCE said.

“There is no honor in silencing free and objective voices,” said Dunja Mijatovic, the OSCE’s representative on freedom of the media, in a statement. “I call on all those responsible to stop the vicious practice of harassing the messengers.”

The detentions follow the disappearance of Artyom Larionov, a videographer from Donetsk. He was detained May 10, when he was travelling home with two friends. Larionov was taken into custody by Ukrainian officials at a roadblock, New York-based Human Rights Watch said, citing witnesses.

Larionov’s press card identified him as a journalist for the self-proclaimed “Donetsk People’s Republic” (DPR). He worked as a freelance videographer, filming the activities of anti-Kiev forces in the region. He remains missing.

Human Rights Watch describes these incidents as troubling for both the European Union and other concerned governments.

“Nothing justifies an enforced disappearance, including having views the government doesn’t like,” Hugh Williamson, Europe and Central Asia director at Human Rights Watch, said in a press release.

According to the OSCE, nearly 300 cases of violence against journalists have been reported since the unrest in Ukraine began in November 2013, including murder, physical assaults and imprisonment.