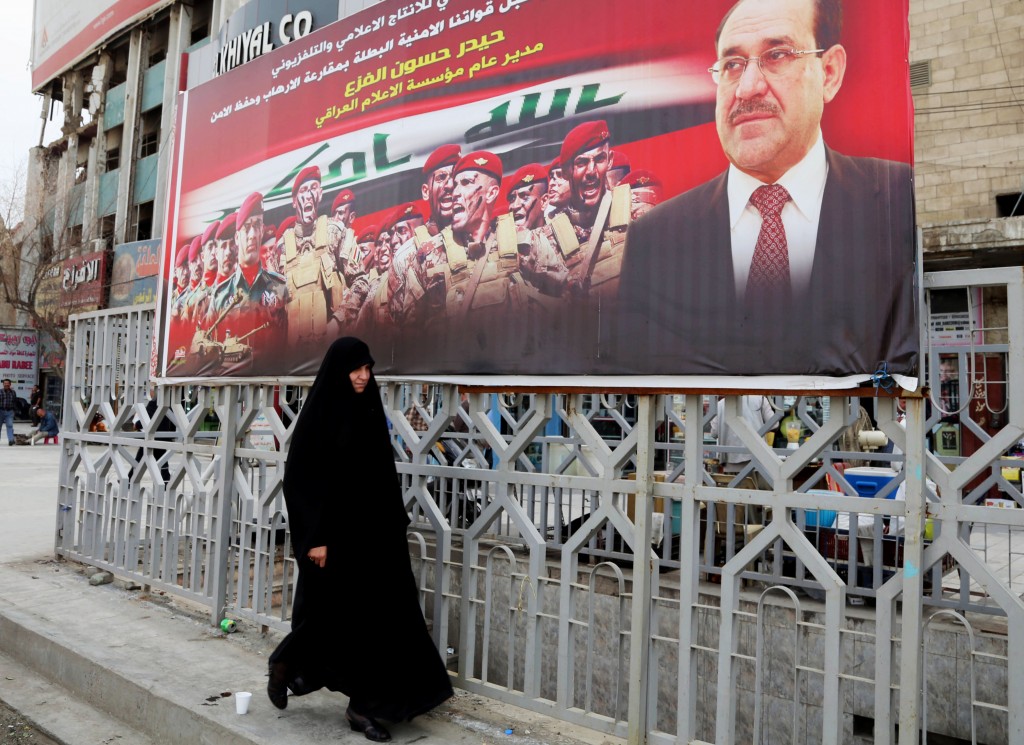 The U.S. may be upping its military support to Iraq, but other players are key to resolving the conflict.

As Iraq hurtles toward civil war, U.S. politicians trade blame over which party is responsible for the crisis in a country it has occupied for nearly a decade. Yet as the U.S. moves to send 300 military advisers to help Iraq’s government stem the advance of the Islamic State of Iraq and the Levant, it also must confront the fact that it is no longer the dominant force in the region. In addition to ISIL and the Iraqi government, Iran, Saudi Arabia and the Sunni-led Gulf states as well as the autonomous Kurdish region of Iraq will all shape the outcome of the conflict.

ISIL, a group of radical Sunni militants, seeks to establish an Islamic caliphate ruled according to the group’s strict interpretation of Shariah law. Drawing from resources obtained from seized oilfields in eastern Syria in 2012 and recent bank robberies in the Iraqi city of Mosul, it’s estimated to control $2 billion in assets, according to The Guardian.

ISIL evolved from an al-Qaida-affiliated group fighting in the Syrian civil war. In 2011, Abu Muhammad al-Joulani, a veteran Sunni militant that fought the U.S. and Iraqi government in the mid-2000s, established a group in Syria known as Jabhat al-Nusra to fight President Bashir al-Assad. Known as the al-Nusra front, it became al-Qaida's Syrian affiliate. This undated file image posted on a militant website on Jan. 4, 2014, which is consistent with other AP reporting, shows Shakir Waheib, a senior member of the al-Qaida breakaway group Islamic State of Iraq and the Levant (ISIL), left, next to a burning police vehicle in Iraq's Anbar Province. Photo credit: AP Photo via Militant Website, File

Soon, Abu Bakr al-Baghdadi, the leader of a radical Sunni militia in Iraq, began trying to gain influence in al-Nusra in neighboring Syria. That led to a split in the al-Nusra front.  Al-Baghdadi's faction became known as ISIL, and its attacks were increasingly brutal. They included killing prisoners, burning Syrian civilians alive, and crucifying enemy fighters, according to GlobalPost.

“The al-Qaida of jihad group announces that it has no connection with the group called the [ISIL], as it was not informed or consulted about its establishment. It was not pleased with it and thus ordered its suspension,” al-Qaida announced via Twitter in February.

Meanwhile, ISIL found fertile grounds for recruiting disaffected Sunnis. In Iraq, President Nouri al-Maliki’s Shiite-dominated government has increasingly marginalized the Sunni minority, and Syria, where Alawites, an offshoot of Shiism, have long ruled the country’s Sunni majority under Assad and his father, the former president.

Taking advantage of tensions between Maliki’s government and the Sunni minority, ISIL seized Fallujah, a key city in Iraq’s Anbar province, in May. In June, ISIL took control of Mosul, the country’s second-largest city, in a display of military strength that shocked the international community.

“It couldn’t have done that without local support,” says Mustapha Abaiji, a journalist based in Dubai. “Why did locals support an al-Qaida group? I think it’s because they found in Maliki an enemy worse than al-Qaida.”

ISIL’s quick capture of Fallujah, Mosul and Tikrit is in no small part due to fears among Iraqi Sunnis about the growing influence of Iran’s Shiite Islamist government over Maliki.

“The Sunnis don’t want to be allied with Iran, and many people are unhappy with that,” says Abaiji. In addition to Maliki’s political subjugation of Sunnis, Iraq’s ties with Tehran have engendered a wave of both passive and active support for ISIL.

The ties were highlighted by a Guardian report that 500 members of the Iranian Revolutionary Guards’ elite Quds Force have been deployed to aid the struggling Iraqi forces in their fight against ISIL.

“The Middle East right now is a battle ground between the Saudis and Iran over who will become a type of regional hegemon,” says Colin Clarke, an associate political scientist at the RAND Corp. “The Saudis are supporting hardline military Sunni groups, while Iran is using it’s long-time patron Hezbollah to exert influence and back the Shiite groups in Syria and Iraq.”

Iran has denied that its forces are in Iraq, though it has expressed willingness to aid Maliki’s government.

The perceived threat from ISIL is so great that Iran, long an adversary of the U.S., appears open to collaborating to fight the Sunni insurgents. “We can think about it if we see America starts confronting the terrorist groups in Iraq or elsewhere,” Rouhani said in a news conference, according to Reuters.

That possibility comes even as Hezbollah, the Iranian-backed Lebanese Shiite militia, has buttressed the Assad government in Syria — to the dismay of the U.S.

Yet greater Iranian military involvement in Iraq is likely to be met with suspicion elsewhere in the Middle East, particularly in Sunni-dominated Saudi Arabia and the Gulf states, which have been vocal in their criticism of Maliki’s sectarian politics in Iraq. For his part, Maliki has accused Saudi Arabia of funding terrorism in the region.

Moreover, ISIL itself could pose a threat to the Saudi monarchy, which many hardline Islamists view as corrupt and too close to the U.S. Saudi officials announced the discovery of an ISIL-affiliated jihadist group smuggling weapons and people out of their country and threatening internal security, according to Al Monitor.

Still, the Kurds will be challenged to protect their own borders from ISIL forces. The Peshmerga will likely face difficulties in the eastern Diyala province, a mountainous area that has long been a haven for militants and extremists. Several towns in the region have already fallen to ISIL forces, the Daily Sabah reported.

In a statement issued from his office June 18, Kurdish President Massoud Barzani blamed the current situation on the Maliki government, insisting resolving the broader Iraq crisis is Baghdad’s responsibility.

“The reasons behind this must be addressed and the political process must be restored on the right direction,” Barzani wrote.

“It’s not the place for the United States to choose Iraq’s leaders,” Obama said.  “It is clear, though, that only leaders that can govern with an inclusive agenda are going to be able to truly bring the Iraqi people together and help them through this crisis. Meanwhile, the United States will not pursue military actions that support one sect inside of Iraq at the expense of another.”

Despite U.S. fears that the Iraqi government has become little more than an Iranian-backed sectarian group, it could yet be pulled deeper into the conflict—if for no other reason than a moral responsibility to give Iraqis a brighter future than they had prior to the 2003 U.S. occupation.

“I think the U.S. has a historical obligation to get involved,” Ajbaili says. “They tore [Iraq] apart and didn’t put it back together.”