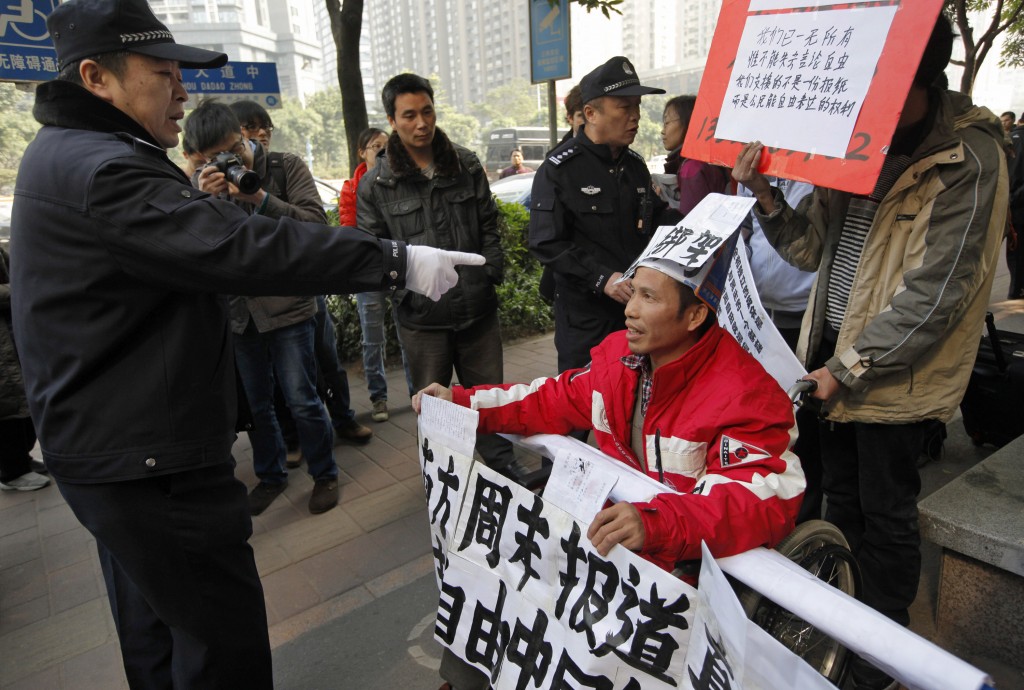 Prosecutors in southern China will put a well-known media freedom and human rights campaigner on trial on charges of “disrupting public order,” news agencies including the Associated Press said, citing the activist’s lawyer.

Yang Maodong, best known by his pen name, Guo Feixiong, faces up to five years in prison. He was detained in August and the charge was reported June 24.

Yang's detention is the latest in a string of arrests targeting anti-corruption activists and human rights defenders in China who have been pushing for political reform and campaigning for Chinese Communist Party officials to disclose their assets.

The charge is rooted in an incident early 2013 in which Yang joined crowds rallying outside the Chinese newspaper Southern Weekly to support press freedom during a censorship dispute, the New York Times reported, citing Yang’s lawyer, Zhang Xuezhong.

Yang previously spent five years in prison for articles he wrote about official corruption in northeastern China. He was also arrested in 2005 for aiding villagers seeking to oust officials accused of corruption in the southern province of Guangdong.

Yang’s case will be heard in the southern city of Guangzhou. He is almost certain to be found guilty, his lawyer told the Washington Post.

For much of the past two years, officials under President Xi Jinping have overseen an effort to detain and sometimes convict and imprison organizers of protests against censorship, corruption and the detention of protesters. While China’s constitution includes freedom of speech and press, the vague language of media regulations gives authorities the power to crack down on stories by claiming they pose a danger to state security, according to the Council on Foreign Relations.

New rules, announced by the State Administration of Press, Publication, Radio, Film and Television on June 19, further restrict news articles considered “critical” by the government and ban Chinese journalists from working outside specific regions. According to the New York Times, the new laws require Chinese journalists to have permission from their employers before undertaking “critical reports” and are barred from operating private websites. Journalists and activists worry the limitations will discourage coverage of sensitive topics.

China ranks 175 out of 180 countries in Reporters Without Borders 2014 World Press Freedom Index, ahead of only Somalia, Syria, Turkmenistan, North Korea and Eritrea.