Yemen expels one journalist, bars another 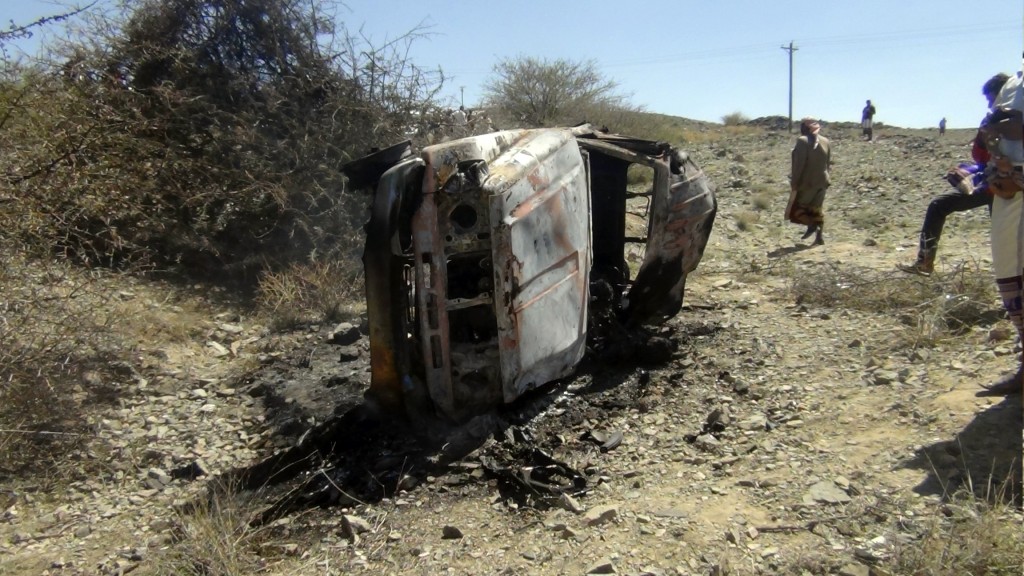 People gather near a destroyed car that was carrying militants in the Sawmaa area of al-Bayda province, Yemen, Saturday, April 19, 2014. (AP Photo/Nasir al-Sanna'a)

Yemen expelled a prominent U.S. foreign correspondent from the country and barred entry to another in recent days, citing immigration issues.

On May 5, Adam Baron received a phone call saying there was a problem with his immigration paperwork, according to the Committee to Protect Journalists.

When he arrived at the immigration office on May 6, his passport was confiscated and he was put in a holding cell. After being held for more than 10 hours, he was released with no explanation other than that he was "no longer welcome in Yemen,” he tweeted.

The expulsion came as Yemeni forces backed by U.S. drones have been battling Al-Qaida militants for control of parts of the southern Arabian peninsula country. Baron had reported extensively on the conflict, including covering the extent of civilian casualties of drone attacks.

Baron had been reporting for news outlets including McClatchy News and the Christian Science Monitor since he arrive in Yemen in 2011, just before the uprising that forced president Ali Abdullah Salih to resign, according to Buzzfeed.

He was the only American still working in Yemen on a journalist visa when he was called to the immigration office, according to the Christian Science Monitor.

Officials gave Baron 24 hours to leave the country, which he did on May 8, according to CPJ.

That same day, U.S. freelance journalist Tik Root was denied entry into Yemen after arriving from Istanbul, according to his Twitter. Root has written about Yemen for publications including the Washington Post, Time and The Economist.

An unnamed Yemeni official told CPJ that the government was concerned about the safety of foreign journalists working in the country. At least seven journalists were abducted in Yemen last year.

"We understand the government's concern for the safety of international journalists in Yemen, but this should not be grounds for denying them entry to the country," said Sherif Mansour, CPJ's Middle East and North Africa program coordinator. "We urge the government to allow Tik Root and Adam Baron, along with all journalists, to enter and report freely."