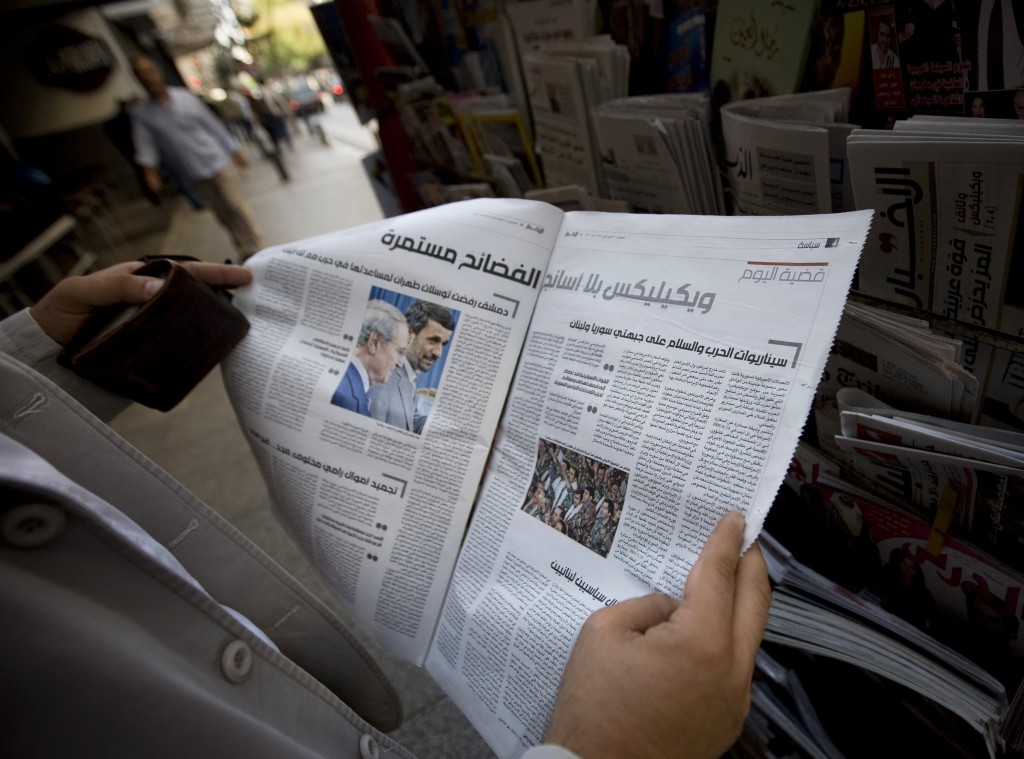 In May of 2013, Lebanese journalist Mohammed Nazzal published an investigative report detailing how two of the country’s judges had released two suspected drug dealers, both American citizens, after an intervention by the U.S. embassy and the father of one of the suspects, a wealthy Lebanese businessman.

The report led to the resignation of one of the judges involved after an investigation by the country’s High Disciplinary Council. A second, Judge Randa Yaqzan, was demoted.

Despite the demotion, Yaqzan successfully sued Nazzal for defamation under a 52-year-old libel law in the country. In February, the Court of Publications convicted Nazzal of libel and disseminating false information. Nazzal and the newspaper he works for, Al Akhbar, were fined a total of $26,605. The ruling, however, failed to specify which parts—if any—of Nazzal’s article were false.

“I was astonished by the verdict,” said Nazzal in an interview in Al Akhbar’s office in Beirut. “But it encourages me to investigate more the corruption in the Lebanese judicial system.”

Passed in 1962, Lebanon’s Press and Publication Law has been twice amended, yet journalists still face fines of up to $67,000 and jail terms of up to three years for defamation, libel or disseminating false information. Yet recent cases including Nazzal’s suggest that the line between defamation and legitimate criticism may be drawn based on one’s political connections.

That was the conclusion of a recent legal study of Lebanese censorship by lawyers Nizar Saghieh, Rana Saghieh and Nayla Geagea, which was published by Germany’s Heinrich Böll Foundation. The report stated, “The tendency to narrow or expand the definition [of what constitutes an attack on or affront to dignity] depends on how close or distant that person is to the governing authorities.”

“Mohamed Nazzal’scase is an aberrant infringement on freedom of the press,” said Ayman Mhanna, executive director of the SKeyes Center, a press freedom group established in honor of a Lebanese journalist assassinated in 2005. “This verdict reflects the punitive approach adopted against journalists, and underlines the necessity of a reform, so that journalists stop being exposed to criminal law.”

That finding would come as no surprise to a former colleague of Nazzal’s, Rasha Abouzaki, who published an article in Al Akhbar in January, alleging corruption and financial irregularities in the country’s finance ministry. The former finance minister, Fouad Siniora, filed suit against Abouzaki, accusing her of insult and contempt.

According to Reporters Without Borders, a judge for Lebanon’s press court praised her objectivity in the article, but nonetheless found her guilty and fined Abouzaki the equivalent of $2,700. Slander, seen as an attack on dignity and honor, is grounds” for conviction,” the verdict said.

That pattern appears to be continuing. A recent suit filed by the country’s Justice Minister against Al Akhbar’s top editor, Ibrahim al-Amin, was a response to an article alleging corruption by the minister and the President Michel Sleiman. The article also accused Sleiman of “moral treason” for his criticism of the militant group Hezbollah. According to "Al Akhbar":http://english.al-akhbar.com/node/18882, Justice Minister Ashraf Rifi released a statement accusing Amin of using “scornful phrases that insulted and defamed President Michel Suleiman by accusing him of betrayal and dishonesty.”

Some are pushing for reform to the country’s media laws. The Maharat Foundation, a Lebanese journalism organization, and Ghassan Moukheiber, a member of parliament, proposed new reforms to the Press and Publication Law in 2009 that would have decriminalized libel and slander. That initiative has proved unsuccessful until now, but they’re hoping public pressure will aid a renewed effort. The Maharat Foundation recently launched a Twitter campaign with the hashtag #Notacriminal to generate public awareness. On March 14, the television news channel LBC stopped broadcasting for eight minutes to protest censorship.

Maharat and Moukheiber are also seeking other changes to the law, including language that allows the government to use “preventative detention” against photographers and broadcast journalists (only members of the country’s journalists union are exempted). Digital journalists are also vulnerable, as they can face criminal sanctions for practicing journalism without recognition as official journalists.

“These outdated provisions are a ‘Damocles Sword’ over the head of many journalists,” Moukheiber says.

Given the current government’s use of the existing law, prospects for change seem remote. But for journalists like Nazzal, Abouzaki and Al-Amin, reform can’t come quickly enough.

Emmanuel Haddad is a French journalist based in Beirut. His work has appeared in numerous publications including the French edition of Slate, the Swiss newspaper Le Courrier and Le Magazine de l’Afrique.