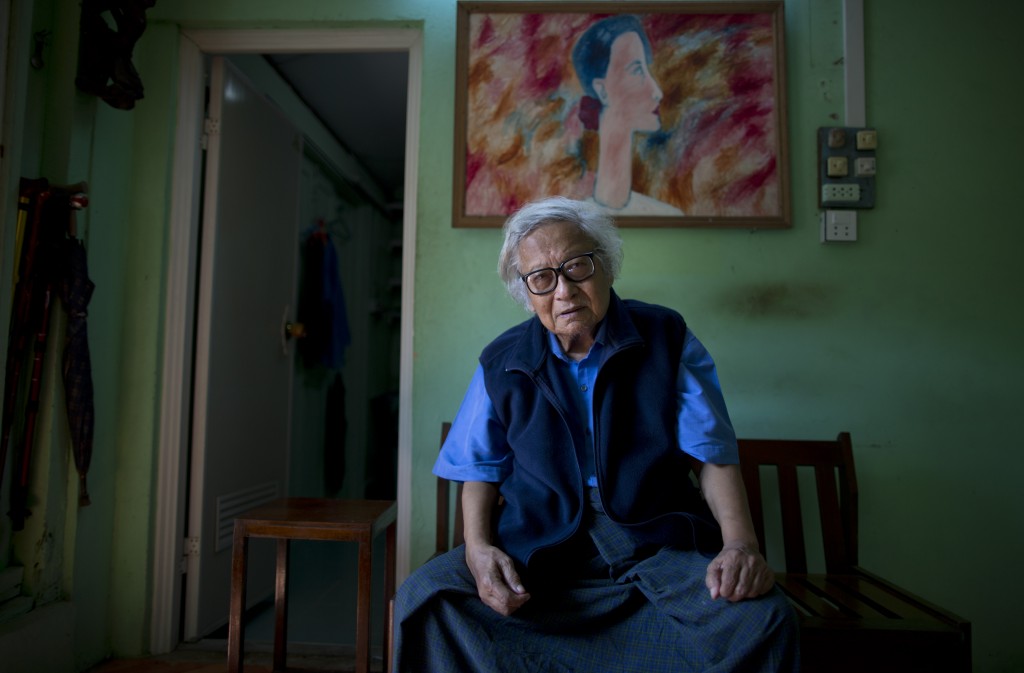 In this Oct. 24,2013 photo, Win Tin, a former prisoner of conscience and an opposition party stalwart who spent 19 years in prison, poses for a picture at his home in Yangon, Myanmar.

U Win Tin, a noted journalist, poet and Myanmar’s longest-serving political prisoner died Monday in Yangon, formerly known as Rangoon. An advocate for democracy and press freedoms into his ninth decade, he survived 19 years in prison during the country’s military regime. His age was reported as either 84 or 85.

Born in 1930 under British colonial rule, Win Tin’s life and career followed his nation’s tumultuous and transformative 20th century history. Win Tin was studying at Yangon University when Myanmar’s independence from Great Britain was declared in 1948. He began his journalism career in 1959 at 20 years old, working for the Agence France-Presse bureau in Yangon, according to the New York Times.

He was well established as a journalist by 1962, when the Burmese military under the leadership of General Nu Win seized control of the government.

"The reason I became a politician is because of military governments,” he told AFP last year. “They put pressure on us. They seized the newspapers and publishing houses. As I have many contacts in politics, I reached into politics."

Win Tin was the editor of The Hanthawaddy Daily in 1978 when the military government shut down the paper for satirizing local authorities, according to the New York Times.

In 1988, Win Tin, along with Nobel Peace Prize laureate Aung San Suu Kyi, was among the founders of the National League for Democracy. In 1989, Suu Kyi was put under house arrest and Win Tin was sent to Myanmar’s notorious Insein Prison for a number of charges, including spreading anti-government propaganda, the Wall Street Journal reported.

Win Tin’s 19-year prison term was marked by ill health, exacerbated by the deplorable conditions of the prison. In a 2010 book titled "What's That? A Human Hell," Win Tin wrote about his torture at the hands of Myanmar's military junta. He wrote that his tiny cell was a former dog kennel with no bed and that he was denied medical care, and fed a diet of only boiled rice and vegetables.

Released in 2008, along with an alleged 9,000 other prisoners, Win Tin began writing a weekly column and broadcasting a weekly radio show. Even after being granted amnesty, he did not trust the military government, which he continued to satirize. He also founded a political journal that he had conceptualized with other political prisoners while incarcerated, according to the BBC.

Even after his release, he was known for wearing a shirt the same shade of blue as his former prison uniform—his way of protesting the government’s continued jailing of political dissidents and journalists. Though the junta stepped aside for a civilian government in 2011, Win Tin was among the most vocal critics of the new government’s human rights record—criticizing it publicly in March during a conference in Yangon sponsored by the Hawaii-based East-West Center.

"Win Tin's death is a big loss for the party, and for the democratic movement," Nyan Win, spokesman for the National League for Democracy, told The Wall Street Journal.

With Viktorija Mickute and Jessica Anania.