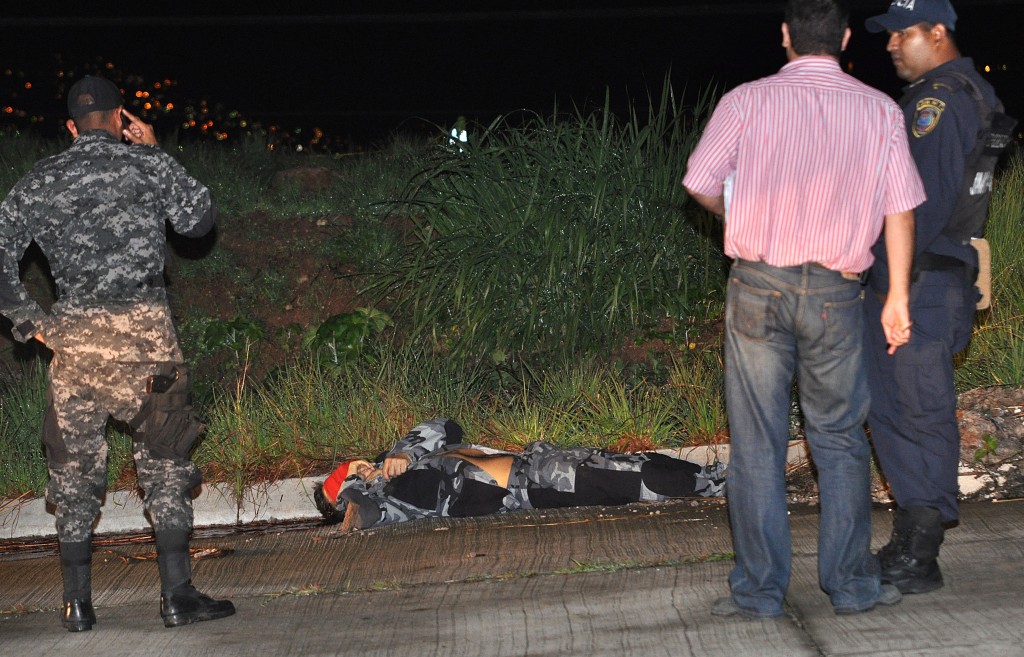 Police stand next to the body of slain journalist Alfredo Villatoro on a street in Tegucigalpa, Honduras, Tuesday, May 15, 2012. Photo credit: AP Photo/Fernando Antonio

Police stand next to the body of slain journalist Alfredo Villatoro on a street in Tegucigalpa, Honduras, Tuesday, May 15, 2012. Photo credit: AP Photo/Fernando Antoni

Three men have been convicted for the murder of a Honduran journalist who was kidnapped and killed near the capital Tegucigalpa in 2012.

Alfred Villatoro, the program coordinator and host of a how on HRN radio, was abducted from his home on May 9, 2012. Six days later he was found shot in the head and dressed in the uniform of an elite police force.

A court in Teguciagalpa found Marvin Alonso Gomez and brothers Osman Fernando and Edgar Francisco Osorio guilty, according to Reporters Without Borders. They will be sentenced April 25 and could face 40 years to life in prison.

Police arrested ten people, including one police officer, in connection with the murder. During the trial, the prosecution presented DNA evidence and call records linking the three defendants to ransom demands to Villatoro’s family.

“We welcome this conviction, we look forward to the sentencing and we like to think that the thorough investigation by the special prosecutor for organized crime is indicative of a desire by the authorities to reestablish justice in Honduras,” said Camille Soulier, head of the Reporters Without Borders Americas desk.

More than 30 Honduran journalists have been killed in the past decade, 27 of them since June 2009 when the elected president Manual Zelaya was ousted. Those killed include Aníbal Barrow, the host of a political show, whose body was found dismembered and partially burned in July 2013 and cameraman Manuel Murillo Varela whose bullet-riddled body was found in October 2013.