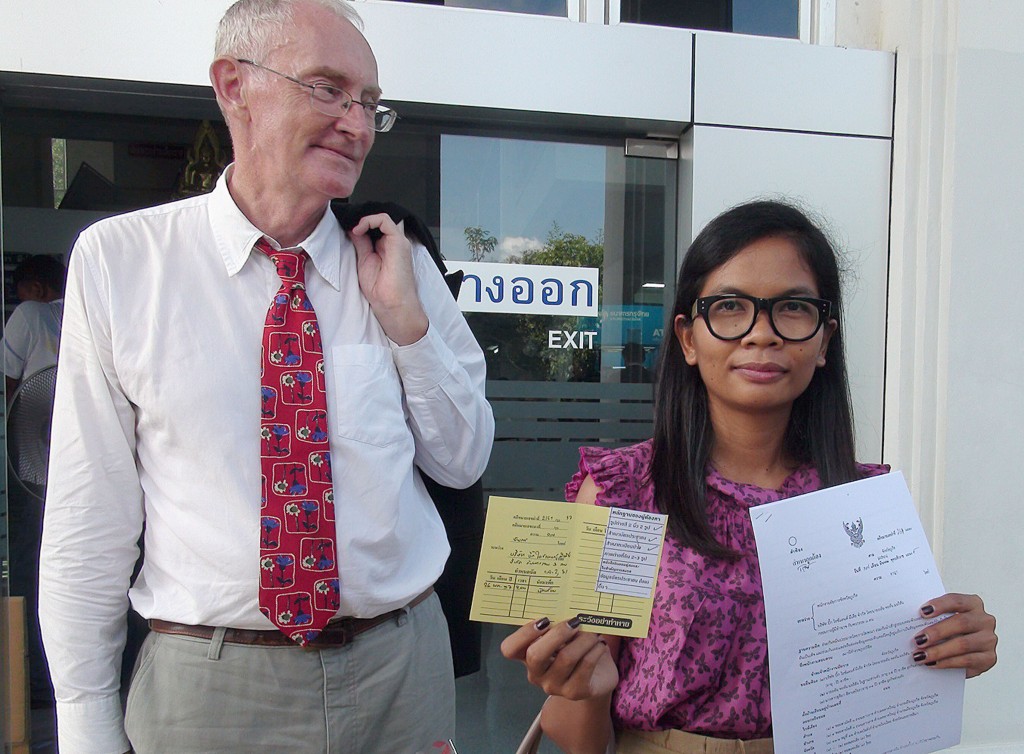 Two journalists in Thailand face charges of defaming the Royal Thai Navy after republishing part of a Pulitzer-Prize-winning Reuters report that alleged that the navy profited from human trafficking.

Thai reporter Chutima Sidasathian and her editor, Australian national Alan Morison, both of the independent news website Phuketwan, each face seven years in prison after posting a paragraph from a Reuters news article about the navy’s connection to human trafficking, Voice of America reported.

Jason Szep and Andrew R.C. Marshall of Reuters were awarded the Pulitzer Prize for international reporting for their reports on the trafficking of stateless Rohingya Muslims from Myanmar.

Chutima contributed to the series, according to Phucketwan. The Thai Navy has also said it is planning a suit against Reuters, The Bangkok Post reported.

The Rohingya are a minority ethnic group living primarily in Myanmar’s Rakhine State. A 1982 citizenship law left them stateless, and they are victims of abusive government policies, according to the human rights group Fortify Rights.

“'The Burmese push the Rohingya into the sea. They are forced to leave the country and so Thailand has to deal with that,” Morison told Phucketwan.

Morison and Chutima were given court summons in December, months after publishing an article titled “Thai Military profiting from trade in boatpeople, says special report,” which quoted a paragraph from a feature by Szep and collaborator Stuart Grudgings, according to the Democratic Voice of Burma.

Since being notified of the charges against Morison and Chutima, Reuters has not had contact with either journalist or defended the paragraph from its report, according to Phucketwan.

Numerous organizations, including Reporters Without Borders and the UN High Commissioner on Human Rights, have denounced the charges against Morison and Chutima. In an announcement congratulating Reuters on their prize, the Foreign Correspondents’ Club of Thailand also raised awareness of the persecution the two Phucketwan journalists face, Phucketwan reported.

Morison, who was jailed for five hours on April 17, is prepared to serve a prison sentence in defense of press freedom, he told Fairfax Media.