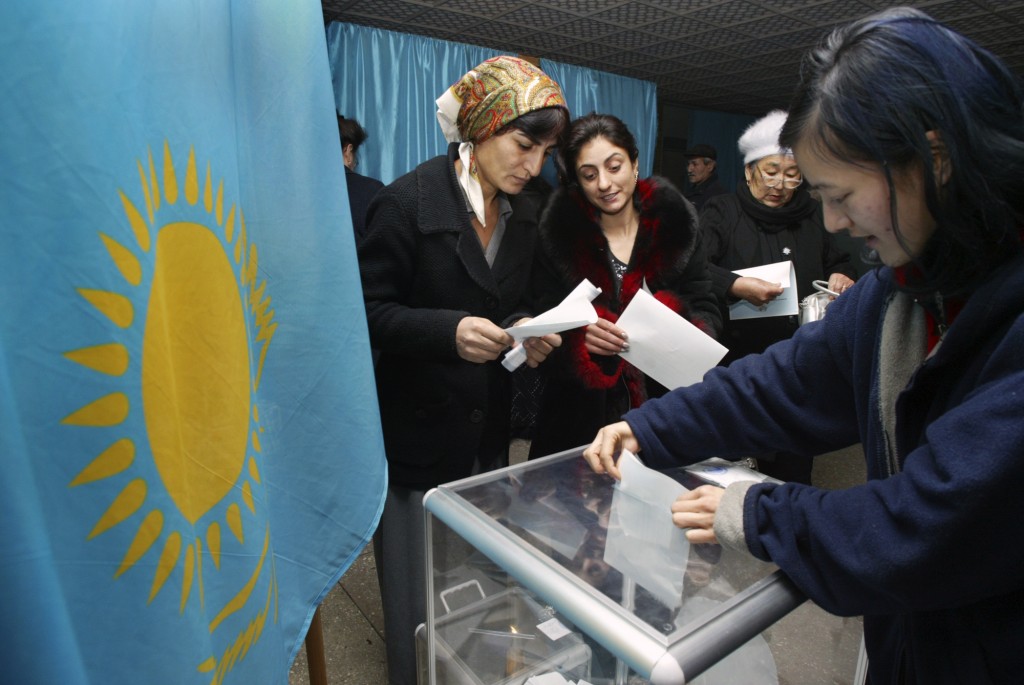 A woman casts her ballot in a ballot box near a Kazakh national flag at a polling station in Kazakhstan's commercial capital Almaty, Sunday, Dec. 4, 2005. Photo credit: AP Photo/Misha Japaridze

A Kazakh journalist has fled the Central Asian country for Ukraine after being accused of libel in connection with a story about government corruption she denies writing, according to a report by the Committee to Protect Journalists.

Natalya Sadykova, a journalist at the independent Kazakh newspaper Assandi Times, faces up to three years in jail under Kazakhstan’s criminal libel law for allegedly writing an article on corruption among local officials in the Kazakhstani city of Aktobe. The article appeared on the Respublika website in the end of December 2013 under a pen name of Bakhit Ilyasova. Respublika is banned in the country and its website was recently hit by denial of service attacks, according to Adil Soz, a local press freedom group.

“I work with Respublika portal, but I did not write this text,” she said in an interview with Forbes-Kazakhstan. “As far as I know, Respublika has other journalists in our region,”.

The criminal charges stem from two civil lawsuists against Sadykova filed by Maral Itegulov, a member of Kazakhstan’s parliament. In those suits, Itegulov asked the court for 10 million tengre ($55,000) from Sadykova for damaging his business reputation, according to Radio Free Europe. Sadykova told the U.S. funded radio service March 27 that she and her family had fled Kazakhstan March 9 after police sources warned her about her possible arrest.