Honduran journalist barred from work in lieu of prison sentence 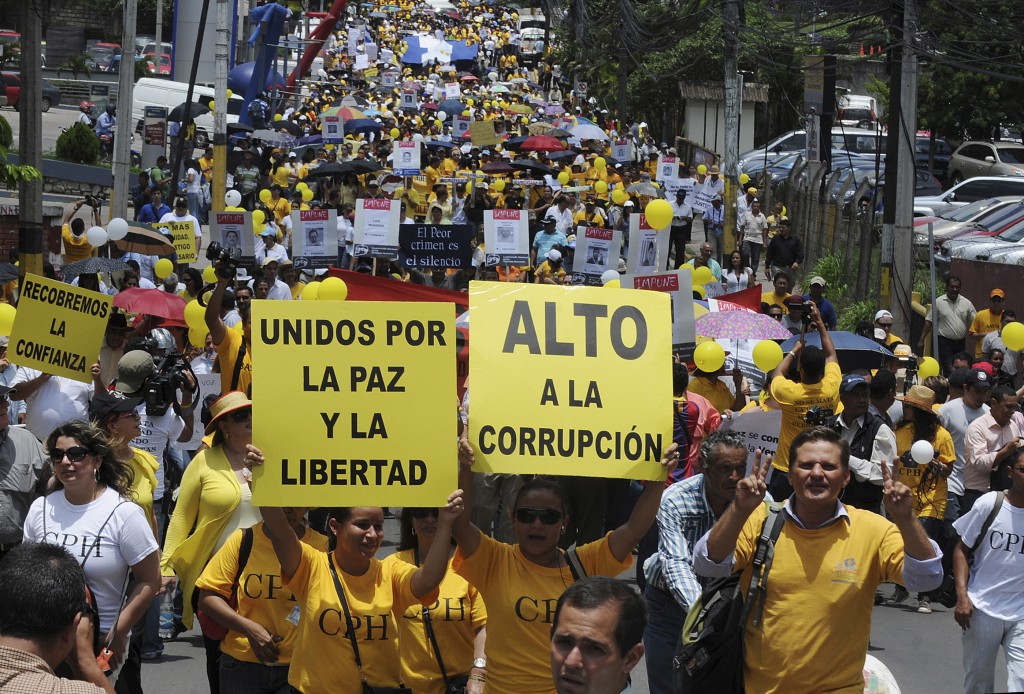 A Honduran broadcast journalist sentenced to 16 months in prison will remain free but is banned from working in broadcast during that period.

Julio Ernesto Alvarado of the Honduran television station GloboTV was convicted of defamation in December, according to Reporters Without Borders.

In addition to his suspension, Alvarado will be fined 10 Honduran lempiras, 50 U.S. cents, a day.

Alvarado’s defamation case began in 2006. He had reported for the news program Mi Nación on allegations that Belinda Flores, the recently appointed dean of the economic science faculty at the Universidad Autónoma de Honduras (UNAH), had been involved in issuing falsified degrees. Flores pressed charges against Alvarado, according to PEN International.

Honduran newspaper El Heraldo had reported the allegations against Flores earlier in 2006.

The defamation allegation did not stem from anything Alvarado himself said on his program; rather, it was his guests on the show who actually voiced the allegations, according to the Committee to Protect Journalists. Carlos Gustavo Villela, a lecturer in UNAH’s economic science faculty, and Guillermo Ayes, president of UNAH’s teachers’ union, made the allegations on Alvarado’s show. Both were co-defendants in the defamation case.

The defamation suit was rejected by a Tegucigalpa lower court in March 2011. Flores then appealed to the Supreme Court, which convicted Alvarado in December while finding Villela and Ayes not guilty.

Press groups including PEN International and Reporters Without Borders have denounced the charges as politically motivated. GloboTV is a source of opposition news in the country and has been critical of the country’s government since a 2009 coup overthrew former president Manuel Zelaya.

Viviana Giacaman, regional director for Freedom House’s Latin America Programs, testified on Honduran human rights before the U.S. Congress’s Tom Lantos Human Rights Commission in July 2013. According to her testimony, press freedom in Honduras has rapidly deteriorated since the 2009 coup.

“The violent climate, including intimidation, threats, attacks and killings of journalists are the most acute problems, along with a rampant impunity and self-censorship,” Giacaman told the committee.