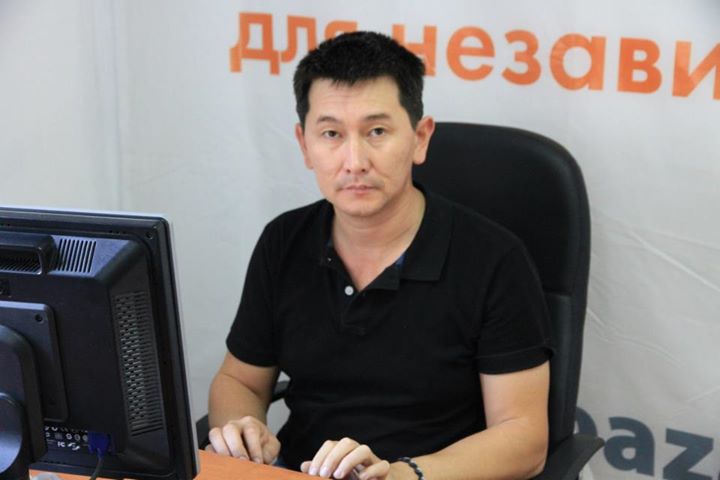 Lukpan Akhmedyarov, a reporter for the "Uralskaya nedelya," is pictured in an undated photo. (Facebook)

The head of an equestrian school has been sentenced by a court in Kazakhstan to 14 years in jail for his role in organizing the attempted murder of a journalist in April 2012, according to Radio Free Europe/Radio Liberty.

Nurlan Takhambetov, identified as the director of a riding school in the western city of Oral, was sentenced April 24 for his part in planning an attack on Lukpan Akhmedyarov, a reporter for the weekly Uralskaya Nedelya.

Akhmedyarov is known for having critical views of the authorities and participating in opposition campaigns, according to Reporters Without Borders. Akhmedyarov was shot with an air pellet gun and stabbed eight times after he left his home to empty his garbage containers and park his car on April 19, 2012, the France-based press group said at the time.

He received the Peter Mackler Award for Courageous and Ethical Journalism in 2012.

Takhambetov pleaded not guilty, and Akhmedyarov said that he doesn’t believe Takhambetov’s guilt was proven in the courtroom, the U.S.-sponsored radio service reported.

Four local men were sentenced to prison terms last year for carrying out the attack, according to RFERL.